Now You Needn’t Worry About Being Decently Dressed With This Sanskaari Clothes Bank!

Worried about being decently dressed when you go to meet that dignitary? Fret not. The Sanskaari Clothes Bank is here to the rescue! 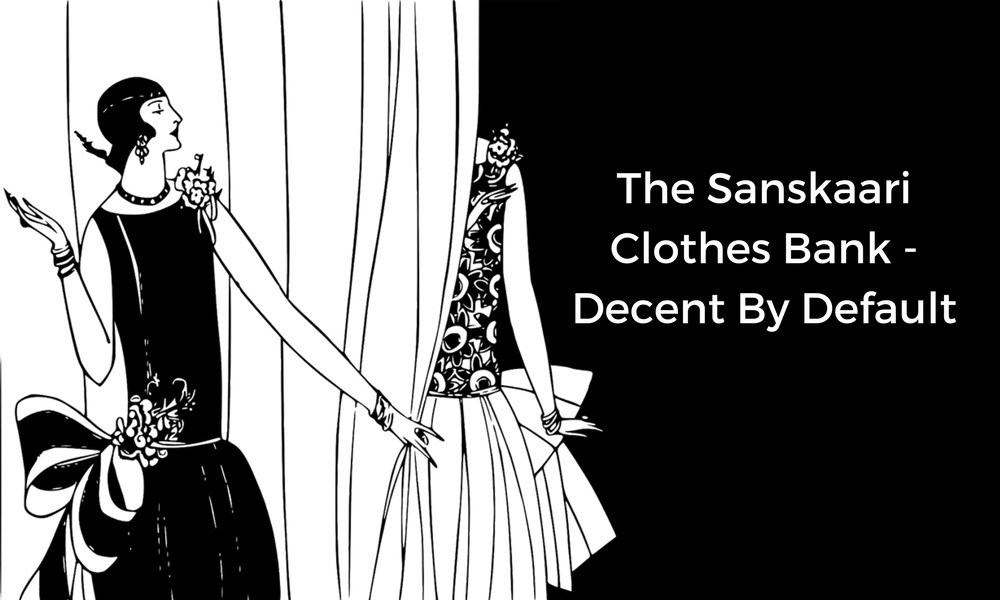 Worried about being decently dressed when you go to meet that dignitary? Fret not. The Sanskaari Clothes Bank is here to the rescue!

Taking cue from several religious sites, the PMO has decided to maintain a bank of ‘decent’ clothing that covers all those body parts (of women, obviously) that bhakts disapprove of seeing.

The wardrobe will consist of Indian clothing, which is, as everyone is aware, ‘decent’ by default, especially for women. Dresses that show shapely legs, which can distract the bachelor PM, will be banned.

Women presenting themselves to the PM must provide details of their clothing before being permitted to meet the PM. They must agree to wear clothes of only the colours that the PM likes, a list of which will be made available on the PM’s website.

Foreign dignitaries and visitors will also need to adhere to the dress code, although they are exempt from having to restrict their dress to the colour list, the release added.

The announcement has brought much cheer among the supporters of the ruling party, who hailed the move as a welcome step against Westernisation of Indian women who live in India and abroad. Speaking to the press, a spokesperson for Ab Ki Baar Vidyarthi Peettho (ABVP) said, this should be a “warning to all those who are destabilizing Bharat with their anti-national agenda.”

Bollywood too applauded the move and said that it was high time that Indian actors displayed Bharatiya asmita on their sleeve. “Whatever we may wear on screen, we are all Indians off-screen. We must not forget that,” said a well-known Bollywood actor who is close to the PM.

The PMO’s decision follows an uproar caused by a photograph that went viral on social media, of a well-known Indian actor, a self-confessed fan of the PM making waves internationally, who met the PM in Berlin during his visit. She was attired in a beautiful chiffon midi dress and crossed one bare leg over another to presumably protect her modesty or because it was a comfortable position. The actor was criticised heavily for not being decently dressed while meeting the PM.

“Dress codes are essential to defend our culture from foreign onslaught,” said a popular TV anchor in a show in his new TV channel, adding, “The army should be a role model to all Indians. Ideally all citizens must wear a uniform to strengthen our nationalism,” he bellowed.

Several civil society groups aka ‘NGOs’, human rights groups and women’s rights groups strongly criticised the PMO order. A public interest litigation filed in Delhi High Court was not admitted by a three-member bench on grounds that it was every citizen’s duty to please the PM and accept his demands. Moreover, the order stated, it was every Indian’s duty to be “decently dressed at all times in the service of Indian culture.”

Disclaimer: No cow was harmed in the making of this alleged news story. Some peahens were reportedly seen standing in a queue to receive the tear drops of a celibate peacock in lieu of sex.

Editors’ note: The writer clarifies that this column is a satirical take on recent events and must not be confused with real news.