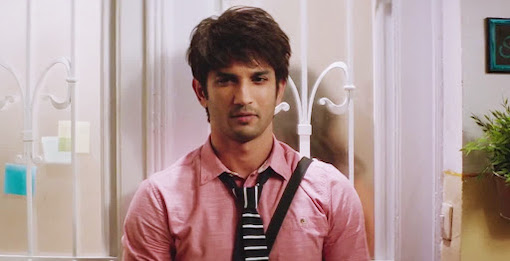 After a celeb death, it is easy to say, ‘Oh why did he kill himself! He could’ve talked.’ But do you ever say, ‘I wish I could’ve stopped criticising you?’

Trigger warning: Contains details of death, suicide and depression which may be triggering to survivors

Enough of perspectives. Now tell me, is there a rule book that only the needy, and the struggling people are ‘expected’ to kill themselves? Are they the ones who can afford this option but the rich and influential people can’t commit this ‘foolish blunder’? Duh! They were rich, they could just buy good mental health.

People aren’t born with a will to kill themself!

Sounds funny? I don’t know but even if it doesn’t, it is funny. Over and above, listening to ‘they could’ve just talked it out, we were always there, when you had everything why you couldn’t value your life,’ doesn’t make sense!

A normal human being isn’t born suicidal. It isn’t about being educated or uneducated, or being rich or poor, not even about being brave or being a coward. The easiest thing to do is, sitting back on the couch, scrolling through social media, and criticising.

You’ll say – “You could’ve been mentally strong.” But you’ll never say – “I wish I could’ve stopped criticising you.” Will you? Or wait, have you?

Let’s stick to every person killing themselves is a coward. Cool? What are you? A critic? Some almighty? What have you done? Criticised? Yes! Been judgemental? Yes! Laughed at people? Yes. Doubted someone’s growth? Yes!

Could I have done anything to stop it?

Right from the day my best friend killed herself on 4th July 2017, my entire thought process changed. Unfortunately, I couldn’t be there for her. I, actually, couldn’t be there for myself either. We were both going through something similar. I, obviously, can’t compare the intensity but all I can remember is I was battling so much that I didn’t even have that sense to look around. 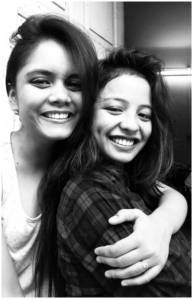 The reason I still blame myself, especially as July is arriving all over again, is because I believe no reason is justifiable enough to not be there for people. But I can surely say the moment I reached at the morgue to see her body for the last time seemed like the end to me.

The immediate chapter, that’s forcefully disclosed, is even more pathetic I tell you. You question their character, lifestyle, family, friends, problems, and what not. Strange! How many of us can do justice to being a good friend, human, that we have the audacity to call someone a coward after they are no more to contradict it!

And right from that day, I couldn’t, even for once, question her selfishness, or weakness. Till date the prime question is, why couldn’t I be there for her?

Can you just try listening, for once?

Now suddenly people are digging out videos of Sushant Singh Rajput’s interviews. They are pointing out ‘see so depressed he was,’ ‘so scared he was talking about nepotism.’ People are bashing celebrities for not being there and all. All of that is fine.

Forget celebrities, forget the house of glamour. Do you realise it is time you stop talking so much and start listening? That once again you’re doing the same thing. Criticise! Understand that this is not solely about Sushant Singh Rajput, it is about what took him to the peak of nowhere?

Who’s gone is gone, none of the celebrities are even gonna check their phones to see what you think about them, nepotism is gonna prevail. Meanwhile, Sushant Singh Rajput’s film shall anyway release and so shall the other films whether you’re up for it or not.

Soon, the hashtags are not gonna trend any longer after a period of time. Each time a human would end up closing the eyes of a dream, you’ll say suicide isn’t an option, what a coward, it is all gonna fade!

Talking about your mental health is not embarrassing!

Sushant Singh Rajput was not the only one who had 50 dreams to achieve. There’re hundreds out there, who have thousand dreams to achieve. Yet, they end up breaking the promise they made to themselves while writing down those dreams.

Does it really take a suicide to make us realize where are we lacking? Is it so mandatory? We won’t rectify our blunders of not maintaining humanity, of being there as thorough listeners. Won’t we eventually break our being there to lend our shoulders until and unless our beloved people end up taking their own lives

When did talking about mental health, talking about what you feel, crying your heart out, relying on shoulders become so embarrassing? Seriously, when did that happen?

Neither mental illnesses nor the recovery are a competition!

We’ve become so ‘mature,’ so selfish, so so self-centred that we shut someone who feels like opening up by saying ‘You’re old enough, be mature and handle your own shit.” Then we laugh away the number of times a person feels the need to cry the miseries out. We criticise a person time and again, every day that they are provoked to question their worth.

Before opening your mouth so much, listen! If you can’t listen, then blame yourself for that but do not dare to shut the other person who wants to talk. The defect is in you that you waited for someone to go to the length of taking their own life to make you realise the intensity of your mistake.

Mental health is not a contagious disease and depression is not just sadness. It is not something you can laugh at and then, walk away. Kids can face mental health issues, 25-year-old motivational speaker can face it, a billionaire or even your house help can face it, so can your ‘mentally strong’ dad. And this makes none of them cry babies, they still deserve to be heard!

Let’s repeat this together- “My mental health problems are real and they are valid. I will not judge myself for the bad days when I can barely get out of bed. And I will not make myself feel worse because someone else appears to be handling their mental illness better than I am handling mine. Recovery is not a competition.”

A 22-year old Media student, a writer, a blogger and an artist whose pen

The Poem On Richard Cory Taught Me To Believe That Grass Is Green On My Side Too!

Have We Really Reached A Stage, Where We Pose In Funerals, With A Dead Body On The Pyre?

In Pictures: What Depression Feels Like Inside, Even If I Don’t ‘Appear’ Depressed