Why Princess Uttara Was More Than Just Abhimanyu’s Widow

Though always smiling and jolly, princess Uttara was unaware of her own will power. All it needed a tragedy of a monstrous magnitude to unravel it. 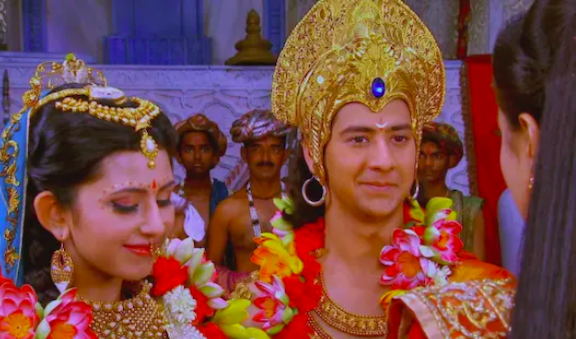 Though always smiling and jolly, princess Uttara was unaware of her own will power. All it needed a tragedy of a monstrous magnitude to unravel it.

She was a normal girl, yearning for the quotidian life. But being a princess, her daily lessons revolved around draping sarees elegantly and mastering mannerisms befitting royalty.

Despite that, she possessed an innocence which often brought a lump to her parents’ throats. They only prayed for a noble son-in-law who would take care of their delicate daughter and not allow her to wither.

A decade passed. The transition from a little girl to a slim and petite woman was complete. Her ever-smiling face showed the inner strength she possessed. A deeper look into her almond shaped eyes would have revealed a steely resolve. The irony was that princess Uttara was unaware of her own will power. All it needed a tragedy of a monstrous magnitude to unravel it.

Her world turned around with one incident

Of late, she had expressed a great desire to learn classical dance. Amused, her parents gave in and thus, Brihannala came in her life. Uttara felt an unspoken comfort when her teacher was around.

There were times when she couldn’t brush aside the feeling that she was in the company of warrior. However, she dismissed the weird thought and tried to concentrate on the complex mudras.

Thanks to an untoward incident, the identities of Brihannala and the other four ‘servants’ were revealed. That explained the sense of security Uttara experienced while they were around.

She wanted to go to the five brothers and touch their feet. Thus, she  proceeded with hesitant steps towards the chamber where they were being treated royally by her parents. She had just reached the door when she heard her father offering her hand to Arjun. Uttara stood there, aghast.

Resigned, she stood there…

May Lord Shiva have mercy! She had treated her Guru with utmost respect and here she was, being asked to marry a father-figure. Tears welled up. Uttara was painfully aware of the patriarchal nature of polygamy and the fact that women were simply pawns in this political alliances.

Resigned to her fate, she turned back when Arjun’s commanding voice stopped her. She couldn’t believe her ears. The great archer had actually rejected the offer. Instead, he suggested she marry Abhimanyu, his young son.

Her delight about marrying into the Pandav household was short-lived. For someone who lived a sheltered life, she was deeply disturbed by the happenings between the warring families. With mounting horror came the fear of an ominous and impending doom.

The public humiliation of her mother-in-law was the last straw. And she found herself agreeing (mentally, of course) to the terrible decimation that was to follow. The paradigm shift in her character was there for all to see. Dharma needed to win. She knew clearly on whose side she was.

She remained strong and stoic

Irony died when her beloved Abhimanyu returned a martyr. Arjun was inconsolable. His daughter-in-law stood before the corpse of the father of the child she was carrying. She made a vow to herself there – she would live. For the sake of the unborn heir. Her last link with her Abhimanyu.

She paid no heed to the whispers about the ‘cheater’ her in-laws were harbouring and remained stoic. Rules would be abandoned with disdain. Ethics would be tossed aside. And the death of her husband would be avenged. Aided by Lord Krishna.

The great war ended. Shocking truths were revealed. Enough blood had been shed. Families were annihilated. What remained in the end was a void. But there was a kingdom to rule, to end the chaos.

Uttara had her task cut out – to ensure her son succeeds the throne and reign over the great land of her forefathers.