Kehne Ko Humsafar Hai may be made by a team of women, however, the series panders to all stereotypes related to women and had me utterly confused!

Recently I finished watching the web series Kehne Ko Humsafar Hain touted to be based on independent women. At the end of the series as a single woman, I ended up praying to gods that the younger generation takes this series with a pinch of salt. And ignores the depiction of single women shown in it.

Let’s start with the character of the wife over here. Poonam Mehra at one point berates her husband for ditching her. She says, she left her career, her dreams for a relationship with him. So far, so good. This raised my hopes that once out of the marriage she would pursue her dream career. But no such luck here.

Why does bold mean all this?

Once her husband deserts her, she becomes bold. How? By drinking rum and whiskey. Somehow all web series depict modern independent women as heavy drinkers. What is the connection between alcohol and independence? I don’t know.

But coming back to Poonam Mehra, she finally finds happiness. How? By marrying a man 10 years younger than her and slogging to keep herself fit to appease him.

In the last episode she thanks her new husband for giving her happiness. Moral of the story: A woman cannot be happy without a man and keeping him happy is her only duty.

The mess only seems to begin here!

If you thought the mess ended here, wait till you meet the other woman who is 30-something with the fickle brain of a teenager. Ananya Sharma is a successful Interior Designer who cannot make up her mind whether to be in a relationship with a married man or not.

And this confusion starts from the first episode and stretches up to the 60th episode. In the very first season, in one of the episodes Ananya’s friends berates her for having an affair with a married man. Her friends believe he is two-timing her.

She takes her friends advice and ignores his calls for a day and goes about drinking and partying. And what happens in the evening? He comes looking for her, mouths a few emotional dialogues and she jumps into bed with him. Next day morning, again, she asks him to leave her.

Just how confused can a woman be?

Throughout the series at one point Ananya tells her friend she does not want marriage, the very next moment she wants to be happily married. And finally decides not to be married.

At one point, she wants to share all her lover’s problems, and look after him. The very next minute she asks him to sort his divorce issues and come to her.

In one of the episodes, Ananya ridicules Rohit (the male lead) when he is disinherited by his mother. In the very next scene, she kisses him and jumps into bed with him. This sort of confusion can give teenagers a run for their money. Her confusion doesn’t end with the main lead.

Ananya is equally confused when dealing with her boss Harry. As soon as she decides to move away from Rohit, Ananya runs to Harry and expresses a desire to go on dates with him. Finally, Ananya says goodbye to Harry only to have Rohit back in her life again.

Is this really how we want single women depicted?

Really! If this series is to believed, a woman can’t be happy without a man even for a day. There are other cringeworthy characters floating around to reinforce this belief. Like Sheena Masi whose only aim in life is getting in and out of relationships. That is the only topic she talks about.

This series reinforces every stereotype prevalent in society. In one of the episodes, the male lead’s mother describes Ananya as ‘not marriage material.’ Ananya almost proves her right. Single independent women are depicted as confused heavy drinkers pinning for male company.

This series is made predominantly by women. If this is how a woman likes to depict other women, can we blame society for judging single women? 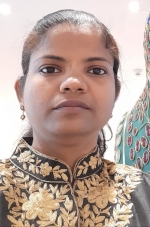 The Lockdown Has Left A Lot Of Women With ‘Available’ But Inaccessible Support From Their Families!