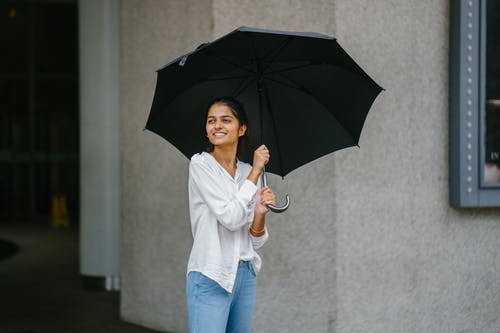 We Need To Stop Believing That Men Are ‘Superior Beings’ For Society To Change!

Are men really ‘superior beings’? It seems like society has told us to believe so for far too long and silenced women in the process.

In Malayalam, there is a saying which roughly translates to “your husband is equal to God.”Such thoughts are common across communities in India. If not God, a majority of Indians still consider men as superior human beings.  Superior in knowledge, strength and not to mention demands. But beneath this adulation, lies a secret hidden by society for centuries.

A secret no mother tells her daughter and no father admits to it. A secret though known, but not discussed openly in families.

It took me 44 years to discover this secret.

Born in an orthodox South Indian family, I was used to hearing the phrase, “Ask the men for help”. The moment things got a little difficult, my mom rang up my father in his office. The child falling sick, a dispute with the neighbour, problems with water supply, an electrical appliance not functioning, investment decisions- all of this required intervention by the male species.

And the male species solved the problem, at least they made it appear that they did it. Naturally, They felt superior. And the women were grateful that they did not have to bother with the “impossible task.” It was often repeated that women cannot manage without male company. A male companion was considered a safety shield during the night time or while travelling to unknown places.

After the Nirbhaya case, I used to ask my mom why the male shield didn`t work in her case? In many cases, the presence of a male companion is hardly a deterrent for assaulters. But Mom still held on to her belief and I soon discovered that belief and logic are not the best of friends.

Enter my grownup self. Times have changed, and so have my responsibilities. And certain twists and turns in my life put more than the regular share of responsibilities on my plate. I had to step up. And I discovered something which no man would admit.

I discovered that men don’t have all the answers. Being born with a different set of reproductive organs does not automatically empower you with all the answers. The answers are out there and you have to go looking for it- being a man or woman is immaterial.

But men have known this all along. Why do you think men place restrictions on women stepping out of the house, studying too much, handling money, working in male bastions?

Perhaps, women will then have more answers than men. Who will ask the “men to help?” It certainly reduces the importance of the male species. And what is not important, will not be tolerated.

And this belief has nothing to do with education. I come from Kerala where the girls are highly educated. Post-graduation is considered the normal qualification over there. Girls are encouraged to work. Girls having good jobs are sought after in the marriage market.

But even in this scenario, there is a strong social setup which places the men many notches above women. And women are equal if not more contributors to this skewed social structure. A working woman will travel for 50-60 km to get to her workplace but once home, she will want her husband to accompany her to the market.

I have witnessed my highly educated cousins stand by meekly while their husbands discuss their ailments with the doctor. These sort of important discussions are best left to the men. Men know better. But naturally, when a woman steps behind and lets the male handle everything, naturally he will have better knowledge.

But when a woman steps alongside a man she discovers that his knowledge is only as good or as bad as his experiences. I live in Mumbai. Here, we have a Managing Committee set up to manage the day to day running of our apartment.

At present, I am the only woman member of the Committee. Day after day, I discover that the others, all men from different fields are as clueless as I am about running the society.

We are all new. The seniors have stepped back and we are finding our way through society matters. Similarly, a man who has never been to the bank much will have zero knowledge about the functioning of the bank.

The woman who works there will know better. This applies to everything. I can proudly say I know more about investment matters, computers and property matters than my cousins who let their husbands and children handle these things.

There are more glass ceilings in society than in the corporate world. I recently hit one such glass ceiling when my father passed away six months back. The Doctor asked me to send ” a male relative” to the municipal office to complete the formalities. I called up my paternal cousin and almost regretted my decision to do so.

Turned out, he had scant knowledge about handling such issues since he had always believed in being a bystander. In addition, he has a selective hearing problem. I was flabbergasted.

In hindsight, when I think about it, there was nothing much to do. Only a couple of minor formalities. But since I had never stepped inside a cemetery before, my inhibitions had led me to depend on someone else. This is what happens to women. Women may acquire a lot of degrees but still, it will take a long time before they step ahead.

Step ahead and face the problem instead of waiting for men. Takeover not just companies, but the running of your families and reach a position where children will “call the woman for help.” The Eldest Female Member Of A Family Can Be Its “Karta”: Delhi High Court

How Unfair Is It That Only Wives Address Their Husbands As ‘Aap’!