Sexist jokes are not funny, and cannot be any kind of sunshine during these dark, gloomy days of lockdown; don't just call them out, shut them down.

Sexist jokes are not funny, and cannot be any kind of sunshine during these dark, gloomy days of lockdown; don’t just call them out, shut them down.

As part of the ‘new normal’ in this self-quarantined life, I sat with my fourth cup of tea for another video call with some colleagues, when I heard it for the first time during this lockdown—“Man, my wife is going to drive me crazy by the time we get out of this lockdown!” Everyone laughed.

On another group call with friends, someone else asked a friend who recently got married but dated the same guy for 8 years, “So, how’s it going? Have you killed your husband yet, how much are you guys fighting?” Again, some laughter.

After the national lockdown, India is working from home. Well, most of us privileged lot, at least. While thousands of migrant workers, having lost their income, walk hundreds of kilometres to reach their homes, we are trying hard to keep ourselves calm, locked in at our homes, trying to avoid the incessant need to scroll for news of the impending doom on social media, and work from home.

Sexist jokes are not funny!

Once we get out of our quarantined life, perhaps, I’ll get used to meetings and script narrations on Zoom, catching up with friends and family on Hangouts, wearing a mask to the next-door grocery shop, working in pajamas, if worse comes to worst, hell, even letting go of a cosmopolitan, but what I can never get used to is the casual sexism or misogyny perpetuated by ‘woke men’ who belittle women all for the sake of a ‘joke’ or just some laughter. 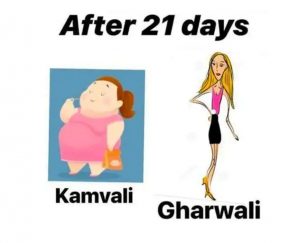 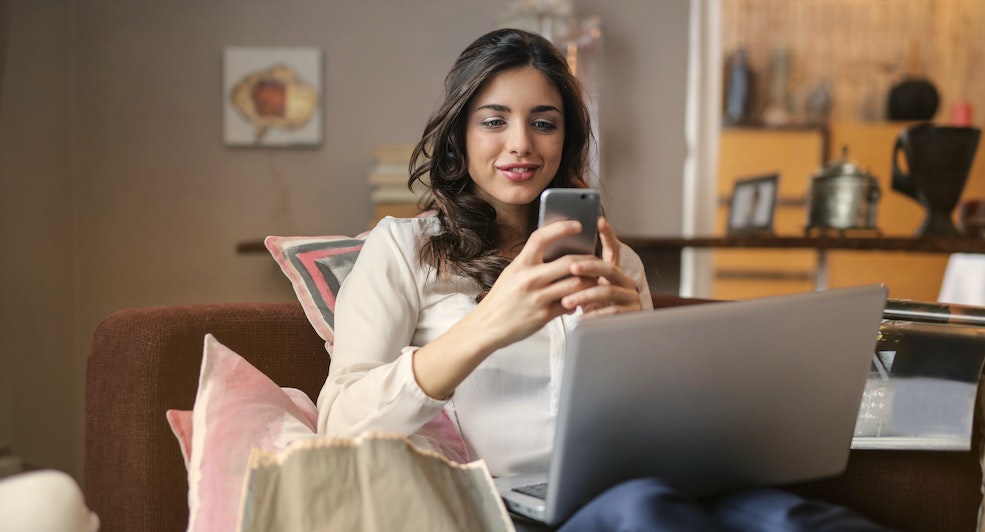 I Found 20 Of The Funniest And Shareable COVID-19 Lockdown Memes On The Internet! I recently read somewhere how the humour in wife jokes could perhaps act as a ray of sunshine in these gloomy, dark days of the lockdown. I am guessing the sudden, sharp rise in wife jokes as WhatsApp forwards, social media memes and videos is the result of men’s need to convey that their suffering is inescapable especially during this lockdown.

Those who frown upon or even try to call out misogynistic jokes or comments made as ‘time pass’ on social media platforms are being asked to “chill, yaar” because normalising everyday misogyny and sexism is unfortunately not a new thing. When we say that sexist jokes are not funny, we are being told not to overreact to some casual fun during a global pandemic.

“We need to help the women”

Indian cricketer Shikhar Dhawan recently posted a video showcasing his hardship particularly during this global pandemic — he has to wash his own clothes. Oh wait, while he cries into his bucket of clothes, the video also shows his wife in front of the mirror, putting on make-up. Because, that’s what women do when not washing their husband’s clothes for them? 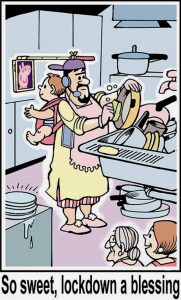 “I hope you guys are helping with household chores during this lockdown, we need to help the women in our lives,” I hear nowadays, all the time, almost everywhere. Wonder why we don’t hear this when the world is not under an enforced lockdown?

On a late-night call with my best friend, when I asked him if it was just me who found this non-stop, overwhelming calls for help for women suddenly a bit too forced, uncomfortable, he responded, “Well, I want to say, don’t project your patriarchal gender roles on my relationships! Have you even considered that men in my life might actually do help with household work on any normal day?” I couldn’t help but smile, then looked over to my husband singing loudly and dancing to Moves like Jagger in the kitchen while washing dishes. Just then I realised I had forgotten to ask him to.

Do we assume gender roles?

Especially when domestic abuse and violence against women is on the rise in India and around the world, it’s truly heartening that men are helping with domestic chores, sharing the load at home. In fact, my respect for the Odisha CM Naveen Patnaik increased when he appealed people not to overburden women by asking them to cook multiple times during the day. But then, why limit yourselves to utter such empathetic words only during this lockdown? 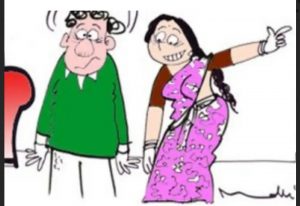 Assuming that patriarchal gender roles is perpetuating stereotypes, beats the very basis of gender equality. I am reminded of my husband’s famous go-to lines when he must win a point during difficult conversations—when you assume, you make an ass of u and me.

While we cannot even control our own lives anymore during this global pandemic, where do even begin to control everyday sexism and misogyny? For starters, let’s not participate in the laughter, and go beyond calling out these people (even though strategic sarcasm helps to bruise egos I am told).

Just calling out someone never actually changes deep-seated mindsets—as statistics and behaviour prove. Blocking and reporting handles sharing those memes, videos and forwards, although a temporary fix, works too if that’s all you can deal with right now. Or else, engage, explain, and then shut them down.

While we try our best to survive through these trying times, let’s try to do it with lesser misogyny, perhaps.

I Went From Struggling With Working From Home To Becoming A WFH Goddess!

When I began working from home in 2015, it was a daunting task. But over the years, I learnt and made some lifestyle changes to finally loving WFH!

When I began working from home in 2015, it was a daunting task. But over the years, I learnt and made some lifestyle changes to finally loving WFH!

I love Mondays, and I work from home!

How To Spend Valentine’s Day With Your Boo While Living With Parents!

A lockdown Valentine's Day while staying with your parents sounds risky, doesn't it? But I have some solutions for you right here!

A lockdown Valentine’s Day while staying with your parents sounds risky, doesn’t it? But I have some solutions for you right here!

Valentine’s day is here, folks! Very soon, everything around us will be varied shades of red, pink and all that in between. From Zomato to Flipkart to Nykaa and even Dunzo will come up with major deals for you to spend the day with your bae! (I’m sorry, I had to make that joke)