With her sweet and hard character like steel and a difficult personality to bend, she left everything behind to pursue her dream of ever being part of a crew that sails the deep waters.

Queen of the seas: Eliana, military officer of the Argentine Navy, the first female submariner in Argentina, South America and Latin America. As of 2002, when the Argentine Navy opened its doors to women, she became aware of the call through an internet advertisement: her relatives still remember that day in which she put in her wallet a photo of her mother, who had  died shortly before, and departed from her native Oberá, in Misiones, to Posadas to register. With her sweet and hard character like steel and a difficult personality to bend, she left everything behind to pursue her dream of ever being part of a crew that sails the deep waters. In 2004 she entered the first year of the Naval Military School of Ensenada.

Arriving at Mar del Plata, the base of the submarines, would begin her career to become the first submariner in the history of the Argentine Navy. 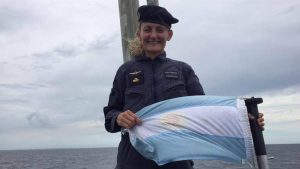 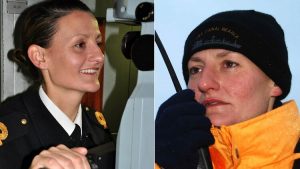 She graduated in 2008 and that year, she made her instructional trip aboard the frigate Libertad.After that journey of eight months she was convinced to sign up for the submarine and diving course of Mar del Plata. That’s how she became a pioneer in the activity.

In 2009 she became an officer and three years later, she entered the Submarine School, a force that had never added women to its ranks in 71 years of history. In 2012 she took the course and embarked for four years on the ARA Salta submarine, then switched to ARA San Juan, where she would serve as Chief of Arms.

The “little star”, as they say to be the smallest of the family, had fulfilled another dream. At the beginning of 2017, Elianna was promoted to lieutenant of the ship within the naval ladder of the Argentine Navy.

Although many can imagine a specialist in underwater weapons as a severe and cold girl, this 34-year-old missionary was a girl like any other: Eliana lives in a downtown apartment, with her two loves: Floppy and Ramirito, two dogs she found abandoned in the street and who looks after as if were her children. In her spare time she loves to take her pets for a walk, go out with friends and travel. A few months ago she had traveled alone to Europe and  wanted to go again next year. “I loved the experience of meeting other people and different places”,said. She was super sociable. “I go to the gym, I have a running group, I’m in rollers and I walk through this beautiful city” said , long before boarding the Ara San Juan.

But … for the unexpected, there is always a god who opens the door for us.
October 25, 2017 was the date on which the military vessel undertook a trip alone to fulfill another mission: control and monitor the continental sea. The task included the sighting and identification of fishing vessels in the EEZ (Exclusive Economic Zone) including the outer limit of the same, as well as any other vessel that was of interest in the defense of sovereignty at sea.The submarine never return.

On November 15, 2017 at 7.30 am (local time) all contact with the submarine Ara San Juan  (S42) is lost disappearing into Argentine sea waters, with 38 crew members and 6 tactical divers on board. In it was Elianna.

After a year and two days the ship was found by a private company, with all its crew dead, very close to the point of disappearance and in the place where it was supposed to be, at a depth of 907 m. After the disappearance, they were affected by suspicions, irregularities, negligence, late or contradictory reports, internal struggles and conflicts with the families of sailors.

The death of the 43 sailors and the first female submarine officer of the continent, Lieutenant of the Ship Eliana Krawczyk, is an open wound in Argentine society. The women and men of the Navy do not hesitate to maintain  firm their vocation to give their lives for the Fatherland, but in the face of enemy fire and not for the use of material that may not be able to fulfill the entrusted mission.

“If I see myself as a submarine commander? Yes! But there is still time for that …” 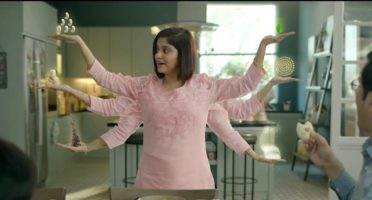 It Is Gender Violence When You Don't Share The Household And Care Work Too! 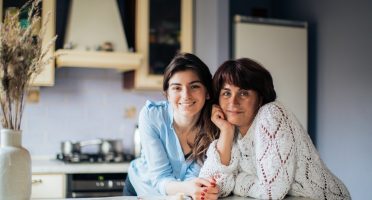 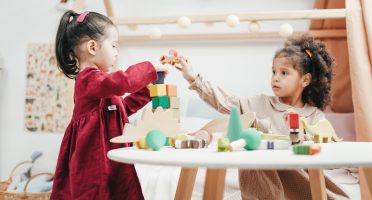 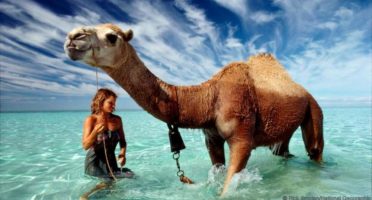 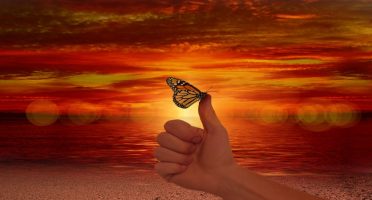