So here we have all got a movie ‘Thappad’. Everyone is talking about it. People are posting stuff about the film.

We are happy Anubhav Sinha thought of introducing such a film, which talks about “just a slap”. Well we all knew this happens here. But we did not knew what should be done.

Should we chat about the domestic harassment of a lady who is our neighbour? Should we ignore someone beating us? Should we think this happens and I as a women need to be ok with it? We knew that in a family we should forget things and move on. Really should a slap be forgotten? And why? Well we are taught to survive through this, isn’t it?

Film is a roller coaster ride of emotions, feelings and of life not only of Amrita but of every women around her. The dance which Amrita enjoys and lives at the party reflects her heart so honest and kind with the universe. 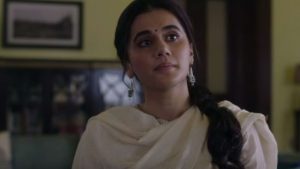 She stands to be honest with herself, kind with herself which is most important. We hear many domestic abuse cases, we hear about verbal abuse by a husband to his wife, we also hear how a husband beat her wife not far but from our locality, we see a women beat badly but we move on as we are taught it is normal.

Amrita supporting herself at the toughest time is today’s need. We need to understand that a wife is a woman. She has an equal independent life as a man has, beyond being a husband. A wife has self respect and it is not just a slap, a slap is a slap, abuse is abuse, scars are scars and nothing exists as ‘just’ not even a thought which suggests to beat your wife.

Each wife needs to move out of anything which hurts her self respect, her independence.  Thappad is not just a movie. It’s a thought, it’s the pain, the strength, the story of self respect and fight for oneself, fight with the traditional move on theory, it’s a domestic story, a universal story, it’s not just a movie. It’s beyond what we saw on screen. It’s for you, me and them. Thappad speaks our heart out. We need to stand for women! We need to say we are “we”. If we teach our girl ” It’s ok” Nothing is going to be ok then.

Is it what love is? To beat as a part of expression, to yell and abuse we define these things as expression of love? And if a wife does express her love in this way, she would be called mentally retarded? A wife would not do that firstly because that is the difference between a women and her husband. Not all men stand in this queue. Not all husbands disrespect their wives and beat them and yell at them. But it’s so simple Your wife is a woman first!

Image is a still from the movie Thappad 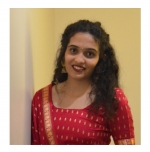 Taapsee Pannu’s Thappad Will Hit You As Hard As The Slap, Go Watch It Now

The Scary Thing About Thappad Is That Every Scene Is So Freaking NORMAL!