Bigg Boss Malayalam is in the news after misogynist Rajith Kumar put chilli paste in the eyes of a woman he felt was too loud, too opinionated. Really?

Bigg Boss Malayalam is in the news after misogynist Rajith Kumar put chilli paste in the eyes of a woman he felt was too loud, too opinionated. Really?

Bigg Boss Malayalam 2 has been in the news since day one due to major fights, controversies and a lot more. Recently it’s in controversy due to misogynistic contestant Rajith Kumar smearing chilli paste on the eyes of a fellow contestant, Reshma Rajan.

Rajith Kumar is known for his misogynist comments and was one of the most popular contestants in Bigg Boss Malayalam Season 2. On the 66th episode of the season, the contestants were given the task of acting like school children and teachers.

During the task, Reshma was playing the character of a schoolchild. Rajith pretended to bless her but applied chilli paste on her eyes.

Many journalists believe that Rajith did this to Reshma because he’s a misogynist – one such journalist Sunitha Devadas claimed that Rajith’s move against Reshma was not because he was being provoked as claimed by him. It was, instead, a reflection of his misogynistic beliefs that couldn’t accept a woman having an opinion and a lifestyle like hers. 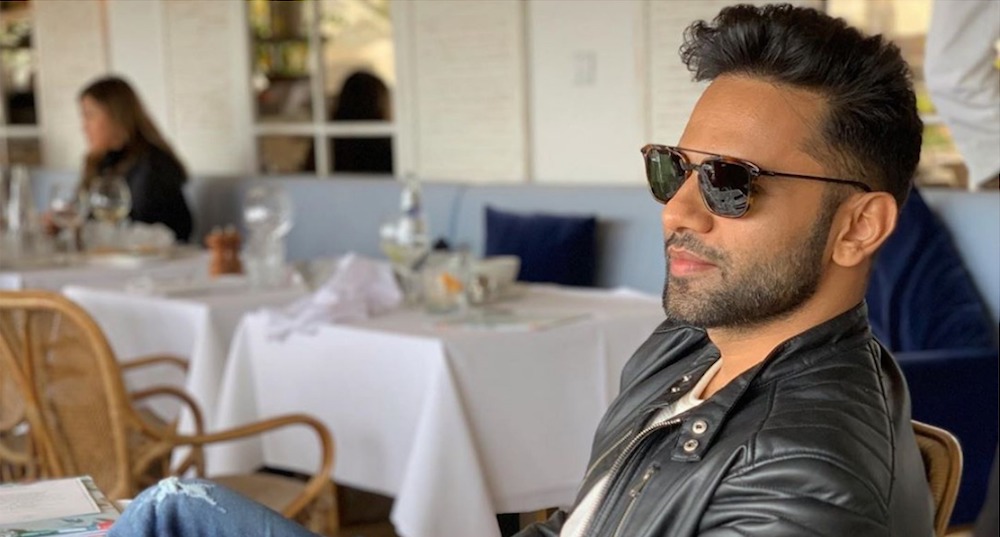 In her review, Sunitha Das said, “He thinks that Reshma deserved an assault like this. There are reasons for it. Reshma had declared that she did not want to have children or get married. She spoke loudly and firmly about her opinions. She is a woman who smoked with men. She scornfully reacted to Rajith’s theories and classes. We have heard some elderly people saying that chilli paste should be applied to such women. Rajith is an advocate of those orthodox beliefs.”

One of the most striking facts about Rajith Kumar is his misogynistic views.

In 2013, he had given a glimpse of his views during an interaction with college students, saying that women who wear jeans will give birth to transgender babies. Although this statement brought a lot of criticism it didn’t affect him and his fan base. This strong backbone of fan base made him repeat the same statement for a television show a few years later. Not just this, he also said that women’s uterus would get displaced when they jump and this can cause infertility (because obviously what is science!).

Clearly Bigg Boss 2 Malayalam included him on the show because sadly the show despite being one the most-watched reality shows runs on controversy, and Rajith Kumar is a live example of controversy.

The contestant who just a day before hurt medically injured someone was welcomed with garlands and bouquets on Cochin International Airport by a huge group of fans, many even saying that they would boycott Bigg Boss because of this! Wow, what a hero!

Big names have also supported him, like Malayalam actor Manoj Kumar who put out a video saying he would stop watching the channel because of this elimination.

This has led to rumours that Rajith will be called back to the show, because TRP and so-called entertainment is more important than a woman’s dignity.

Why do reality shows glorify misogyny?

What Rajith did with Reshma was wrong, but what’s more wrong is inviting him as a contestant on such a big platform. A person like Rajith does not deserve the glorification and popularity that a platform like Bigg Boss brings. Instead, he deserves to be condemned for his patriarchal mindset.

Sadly this is not the first time Bigg Boss has blatantly glorified misogyny and people who spread misogyny – there is the case of Sidharth Shukla who was the winner of the 13th Hindi season of Bigg Boss, despite his violence against women on the show, and in his past. In that, there was also the case of women contestants shamed for hanging their undergarments in the house while men doing the same was ok, because mard ke boxers are acceptable and our bra is shameful.

In Bigg Boss Tamil a contestant Ponnambalam made comments about what a woman wears, what a woman should do, and why she should be looked at as someone’s mother, sister, daughter, or wife has been talked about.

Glorifying sexism, misogyny and controversy is a tactic that most reality shows use as an easy way to gain TRP. It’s high time that the show makers understand how this shapes mindsets, and hence the responsibility on these shows to be more ethical.

There’s always another side when it comes to dazzling lives of reality TV show stars and couples today. What lies underneath the riches, glam and power?

There’s always another side when it comes to dazzling lives of reality TV show stars and couples today. What lies underneath the riches, glam and power?

Witnessing the scuffle between actress Rashami Desai and Arhaan Khan from Bigg Boss 13 seems almost comical. It involved a public release of her personal bank statements without her knowledge. These reflected transactions made to his account while she was inside the Bigg Boss house. The scandal that broke into a financial tug of war between the couple who grew apart and eventually split after it was revealed that Arhaan had a kid from this first marriage.

This dose of celebrity gossip is a representation of the innumerable fights and splits between celebrities and reality TV couples that choke the tabloids. These are the things often choking and filling up social media feeds and tabloids.

“So that story which you always tell me is true, right? You’ve always told me my story! No wonder I feel so connected to that girl whenever you talk about her…”

“So that story which you always tell me is true, right? You’ve always told me my story! No wonder I feel so connected to that girl whenever you talk about her…”.

Our Muse of the Month series this year focus on stories that pass the Bechdel test, and are written on inspiration from a new prompt every month. This month, the prompt was “Paint The Sky, Make It Yours”. The story should pass the Bechdel Test, that is, it should have at least two well crafted, named women characters (we differ here slightly from the classic Bechdel test, in that we require these characters to be named),

The fifth winner of our September 2018 Muse of the Month contest is Arva Bhavnagarwala.