October is about to end and social media is full of with posts under #Inktober. Here are some of my favourite women artists who participated in Inktober 2019.

October is that month of the year when, hundreds of thousands of artists from all around the world flood the internet with their incredible ink illustrations, every day for a month. This artistic phenomenon is termed as #Inktober.

Inktober was created by concept artist and illustrator Jake Parker in 2009. This was meant as a way to improve their ‘inking skills’ and also develop ‘positive drawing habits’. Since then, the Inktober initiative has become a worldwide phenomenon under which thousands of artists take up the challenge of creating an ink drawing every day during the entire month of October.

Artist are given a word prompt around which they draw their illustrations. Inktober not only invites just artists but for anyone who loves to draw. The month of October brings out the creative best amidst those who take up the challenge.

India has always had a legacy of being artistically inclined. This one can see amidst the seemingly endless number of architectural marvels and beautifully handcrafted textiles present in the country.

Time and again our country has seen many artists. Celebrating art here are some illustrations by Indian women under #Inktober this year.

The prompt for the 22nd day of #Inktober was Ghost. Smita Chowdhury drew the very famous Bloody Barron from the Harry Porter series. She captioned it:

“Day 22 of Inktober. GHOST . Doing a Harry Potter theme this year. The Bloody Baron (d. 11th century) was a wizard who attended Hogwarts School of Witchcraft and Wizardry in the Founders’ time and was sorted into Slytherin House.
After Hogwarts, he fell in love with Helena Ravenclaw, but she did not love him in return. He was sent by Rowena Ravenclaw to find Helena in Albania, but Helena refused to return with him and so he killed her in a rage. When he realised what he had done, the Baron stabbed himself with the same knife and died, committing suicide.
After death, he is one of the ghosts that haunts Hogwarts School of Witchcraft and Wizardry, and the ghost of Slytherin House.” 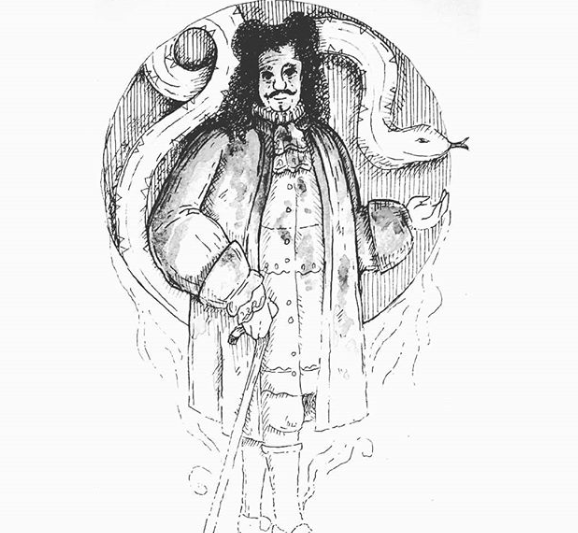 She captioned her post as ‘FRAIL WHO?’ The illustration tries to give an idea that how women are always meant to be weak and FRAIL, but actually we aren’t. “Toothed vagina!!
In Hinduism, the asura Andhaka, son of Shiva and Parvati (but not aware of it), is killed by Shiva when he tries to force the disguised Shiva into surrendering Parvati. Andhaka’s son Adi, also an asura, takes the form of Parvati to seduce and kill Shiva with a toothed vagina in order to avenge Andhaka.” 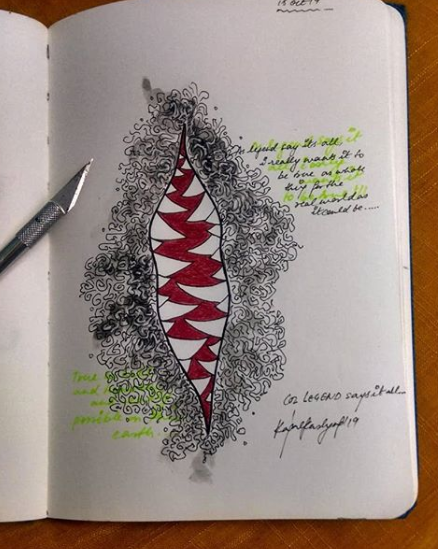 On the same prompt legend this artist drew a picture of Nageli. She captioned it:

“Nangeli: she is not just a legend. It is a legendary story of struggle for the freedom of women. In feudal Kerala, covering breast became taxable for lower cast women. Nangeli, a brave women cut her breast and protested. She died at the instance but this incident came to kings notice and he withdraw the tax law.” 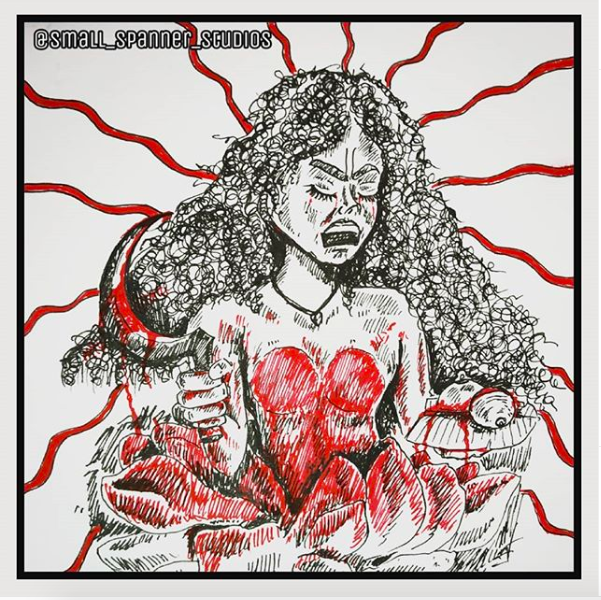 On the prompt Dragon for day 12 this artist drew the picture of a women gracefully standing with a dragon. Because sometimes it’s the princess who tames the dragon and saves the king. 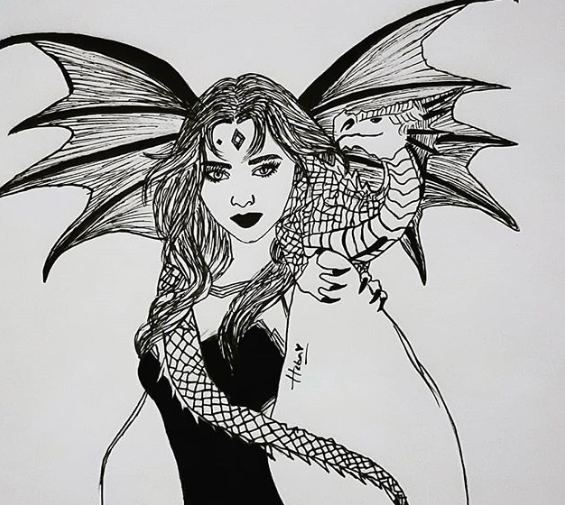 For the prompt Wild for Day 16 this artist themed her illustration around the idea of surrealism. She captioned it:

“We are a society obsessed with our prejudice – our malice. We are a people busy fellating our collective pride – the pride of being born inside or outside a feeble geographical border. .
My theme for this Inktober is surrealism.” 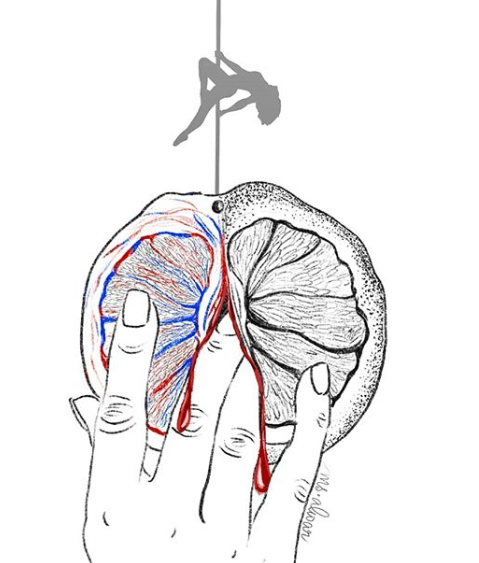 For the prompt Legend this artist drew the biggest legend in all our lives, Mother. She captioned it :

“Mom – the only legend of the legends!” 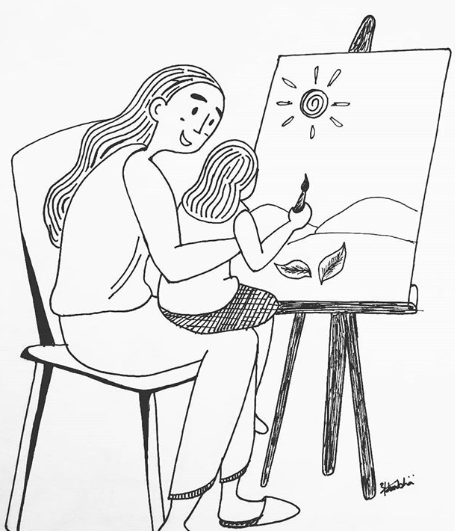 Have any of these artists inspired you to channel your inner artist? Let us know in the comments!

Meet Carol Rossetti, The Inspiring Artist Who Celebrates The Diversity Of Women

We Create Monsters When We Create ‘Gods’; Don’t Put Them On A Pedestal