Priyanka Chopra’s response to Ayesha Malik at the BeautyCon raises several questions about the actor's and celebrities' take on political responsibility. 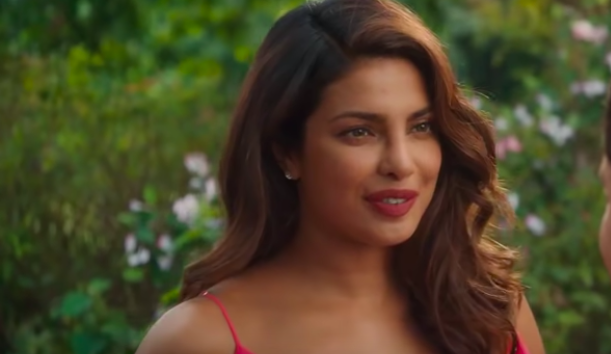 Priyanka Chopra’s response to Ayesha Malik at the BeautyCon raises several questions about the actor’s and most other celebrities’ take on political responsibility and feminism.

I doubt that at this point, there is anyone who is unaware of the incident at BeautyCon, Los Angeles. The incident involving vlogger Ayesha Malik and actor Priyanka Chopra.

Ayesha accused Priyanka of encouraging nuclear war between India and Pakistan, via her tweet in Feb 2019 following the Balakot airstrike. The airstrike was conducted by the Indian Army in Pakistan after the Pulwama attack.

The actress referred to Ayesha’s question as venting and went on to say that she had several Pakistani friends. She further said that though she was not “fond of war’, she was “patriotic”. After Ayesha accused her of being a hypocrite, Priyanka asked her not to yell as she was embarrassing herself.

Ayesha took to Twitter to explain that the question came from her personal experience. She tweeted that she felt scared and helpless as was unable to reach her family during the blackouts.

Hi, I’m the girl that “yelled” at Priyanka Chopra.

It was hard listening to her say, “we should be neighbors and love each other” — swing that advice over to your PM.

Both India and Pakistan were in danger. And instead she tweeted out in favor for nuclear war.

Needless to say, it sparked a social media storm with the conversation being analysed word for word. Hindustan Times called Priyanka’s response ‘grace itself ‘ while the Times of India called it ‘epic‘

However, not everyone was happy with the response. Ayesha was praised for being brave enough to question a powerful celebrity for her political stance. Especially given Priyanka Chopra’s position as an UN Goodwill Ambassador. While Ayesha was being lauded, Priyanka’s response was heavily criticised for a number of reasons.

Priyanka Chopra pulled all the tricks in the book. She was condescending.
She said she has Pakistani friends like how racists say they have black friends.
She mocked the girl by using the term venting when a UN ambassador is supposed to listen to people.

Some people questioned what was inflammatory about saying “Jai Hind”. They were promptly told that while there was nothing wrong in saying “Jai Hind” on any random day, tweeting it in response to a military action was a clear case of  ‘dog whistling.’

Many pointed out that it wasn’t the first time that Priyanka had said or done something problematic.

Stop expecting Priyanka Chopra to be woke. She started out in Hollywood w/ songs like the orientalist Exotic w/ Pitbull, not exactly a women's rights champion. Not to mention the racial fetishism of the word "exotic". Celebrities are never inherently moral compasses/role models.

For other people, it wasn’t about what side of the political aisle the actor was on but about the fact that her response was disrespectful and infantilising.

Priyanka Chopra must realize that you can be patriotic, have your opinion AND answer someone's question with respect. An entire Miss World and UN Ambassador can't be this basic and stupid.

And also because it was directed at another woman and was a very non-feminist response.

Several other people also raised the question of her suitability to be a UN Ambassador. The incident was also held as an example of the celebrities’ hypocritical “humanitarian” efforts.

Can the @UN please take back their ambassadorship from Priyanka Chopra ?
Celebs who fuel wars have no reason to be talking about human rights at any forum.
Someone who ‘apparently’ works for children’s rights, needs to be schooled about the impact of war on children?#SayNoToWar

For some others, it raised questions about her suitability (and the suitability of celebrities in general) to be an UN ambassador.

Can the @UN please take back their ambassadorship from Priyanka Chopra ?
Celebs who fuel wars have no reason to be talking about human rights at any forum.
Someone who ‘apparently’ works for children’s rights, needs to be schooled about the impact of war on children?#SayNoToWar

It was also held up as an example of celebrities’ hypocritical “humanitarian” efforts.

Priyanka Chopra has finally shown the world just how spineless and full of themselves Bollywood stars are. Most of them lack compassion and empathy and all their humanitarian efforts and philanthropy are often PR posturing.

The political responsibility of celebrities

Most celebrities hesitate to speak out on issues of national importance as their popularity, and by extension their livelihood depends on being ‘liked’. While some of them prefer not to ruffle feathers, others are quite vocal.

Recently, Anurag Kashyap, Mani Ratnam and other celebrities sent an open letter to PM Narendra Modi opposing the recent lynchings of Muslims, Dalits and other minorities. In response Kangana Ranaut and some others wrote another open letter accusing the aforementioned celebrities of political bias.

Anurag Kashyap recently received significant backlash over his political views. This forced him to quit Twitter, saying, “When your parents start to get calls and your daughter gets online threats, you know that no one wants to talk. There isn’t going to be reason or rationale.”

One may question if celebrities should even be so involved in politics or if their views should be taken seriously.

So as citizens, they certainly have the right to talk about issues that affect them, and it is undeniable that their involvement brings considerable attention to those issues.

The press will be more likely to cover Kashmir via this Priyanka Chopra story than they have been since India more unabashedly started violating the human rights of Kashmiris.

Often celebrities in India and Pakistan go on to become politicians. So they can and must be held responsible for their political views, irrespective of their gender/nationality.

Finally, it is important to remember that questioning and dissent are the bedrocks of democracy.

The Constitution, which gives us the right to vote, also places upon us the duty of holding our elected representatives accountable. So whether or not we question celebrities, we must always question the government in power.

Image source: a still from the movie Isn’t It Romantic

Register at Women's Web to get our weekly mailer and never miss out on our events, contests & best reads - you can also start sharing your own ideas and experiences with thousands of other women here!
celebritiessocial issues