Nobel Prize winner and writer beyond compare, Toni Morrison passed away today at 88. Here's a heartfelt tribute by one of our beloved authors.

Nobel Prize winner and writer beyond compare, Toni Morrison passed away today at 88. Here’s a heartfelt tribute by one of our beloved authors.

The tragedy is that when your heart breaks, there is no sound. The only sound that I can hear right now is the sound of my keyboards as I write, “Toni Morrison is no more.”

Toni Morrison, the first ever African-American writer to win a Nobel Prize, died today at 88.

When someone like Toni Morrison dies, you just don’t move on. You can’t even tell anyone how great her work was. A part of you cracks. You grieve. How do you say to an artist who changed your life, goodbye? You know death hits hard. But Queens should live forever. And she was that Queen.

When you hold a book by Toni Morrison, you don’t read a story; you hold a destiny in your hand. A destiny that will shred you, mould you, and gift you to yourself. That’s how reading a Toni Morrison book is. It’s hard to say Goodbye to that.

The first time I held a Toni Morrison in my hand was when I was 18. I picked up Beloved from the college library. And there she spoke to me. A brown skinned, under confident girl. I have never picked up something so powerful. Morrison told the story of a slave woman. That was when I learnt that you can always tell stories of your own people. There is no shame in doing it, even if you are the first one to do that. 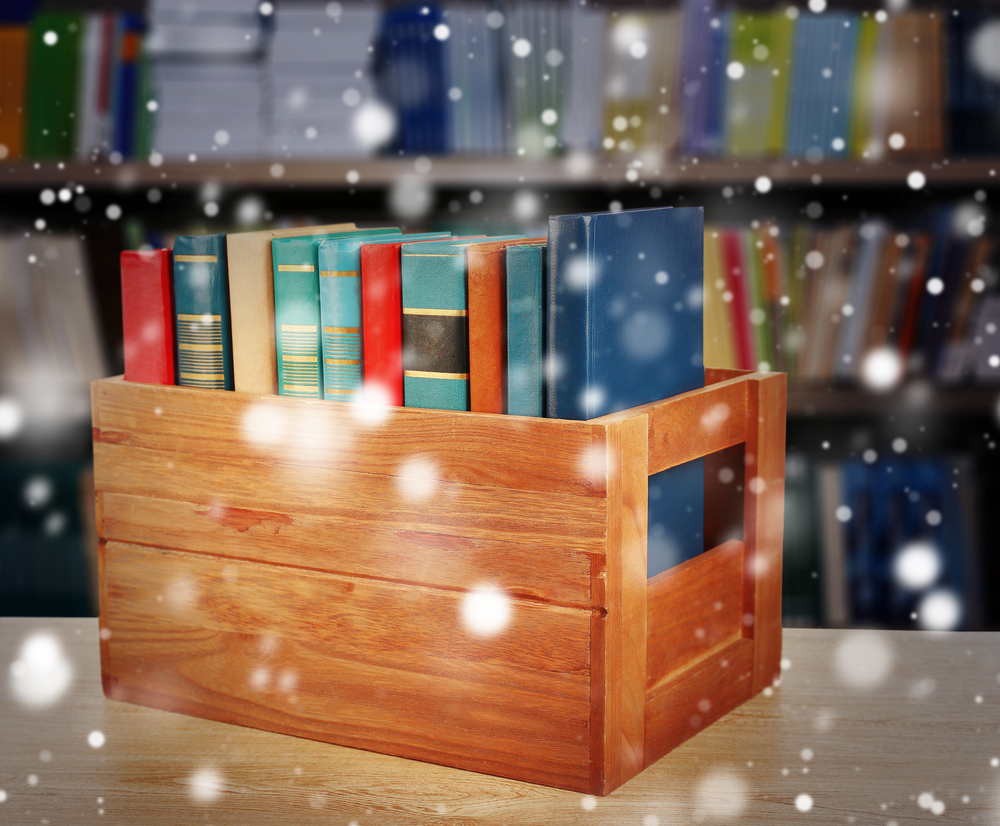 15 Books You Must Read In These Christmas Holidays! 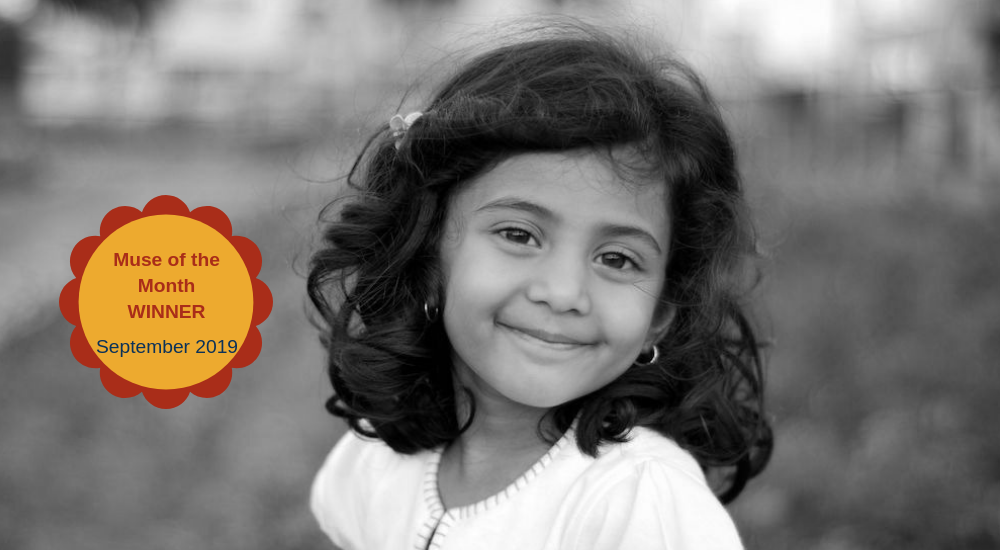 I read it and then re-read it. She said in Beloved, “Definitions belong to the definers, not the defined.”

And that was the first time I started considering that what they said about me defines them, not me. I am not the one they define. I am the definition. But to understand the whole of it took another 15 years. But she began it.

She spoke to the brown-skinned woman in me

Toni Morrison felt safe. Her skin was dark. Mine was brown. She felt like a neighbour. A hero. A teacher. A healer. When she spoke it felt like she spoke of our world, a world I could identify with.

A colored woman’s life looks different from that of a white’s. I have always read white women’s stories. They were wonderful. But those were not of my world. But when Toni Morrison wrote about suffering, it felt close to home. Her characters were palpable. They melted in my arms. They never looked down at me. They looked at me. And we could weep together. Some nights when I wept till I could not breathe, I knew Toni Morrison will understand. That’s the relationship some artist creates. An unseen umbilical cord is woven. That one chord that keeps you warm nights after nights. Now that she is gone, it’s feeling barren.

It was a winter evening, I was a hosteller I held Songs of Solomon in my hand, and sat on the staircases as it was well lit and she said, “You can’t own a human being. You can’t lose what you don’t own. Suppose you did own him. Could you really love somebody who was absolutely nobody without you? You really want somebody like that? Somebody who falls apart when you walk out the door? You don’t, do you? And neither does he. You’re turning over your whole life to him. Your whole life, girl. And if it means so little to you that you can just give it away, hand it to him, then why should it mean any more to him? He can’t value you more than you value yourself.”

I thought I was in love then. And I did not learn love in the right way where I first belonged to myself. I had little or no self worth. And when I heard Toni Morrison saying it, it made me rethink, “Is giving yourself to someone really the requirement of love?”

And in Bluest Eyes she said, “Love is never any better than the lover. Wicked people love wickedly, violent people love violently, weak people love weakly, stupid people love stupidly, but the love of a free man is never safe. There is no gift for the beloved. The lover alone possesses his gift of love. The loved one is shorn, neutralized, frozen in the glare of the lover’s inward eye.”

The first line hit me. No one ever taught me, if I become a fine woman, a self loving courageous woman, my love will be like that: Loving and Courageous. If I was begging in love, my love will be a beggar. Because love is never better than the lover.

The Queen is gone

I can quote her on and on. But tonight is not that night. The Queen is gone. The Matriarch is gone. Writers like Morrison don’t write. They take young girls by their hand and show them light. They tell us, that we matter. Our stories matter.

She told us that when you are free, free someone else. Artists like her, redefine lives for many. She took our shame, our darkness, our sense of worthlessness in her hands, and put it back in our palms and told us to look at them. For they are not ours but of the ones who defined us. She freed us. And may be that’s what artists are supposed to do: Free others.

It’s a heavy night. The Queen is gone. I hold my copy of Beloved and re-read my favourite line where the Queen says, “You are your best thing.”

Thank you for your words, your courage and your lessons.

In war torn times like ours, I wonder who will tell us again to rise beyond ourselves.

Thank you for your legacy. I weep in gratitude, that I lived during the times when the Queen spoke, and like millions of others, I was there.

Wasn’t It Her Life, Her Body, And Her Choice To Make?

Should love and marriage be based on mutual respect and understanding or on thoughts like obey and control? If the roles were reversed, would he have asked her for permission?

Should love and marriage be based on mutual respect and understanding or on thoughts like obey and control? If the roles were reversed, would he have asked her for permission?

The first winner of our September 2019 Muse of the Month contest is Shalini Mullick.

Garima had set the alarm to 5:30, an hour before her usual morning schedule. She needed to catch up on her course work as a number of submissions were due in the next few weeks. After enrolling in her PhD recently, she had been feeling that she was quite out of touch with the routine of university. The last few months had been rather difficult and she was now getting used to the busy routine.

And she said, looking at me with eyes reluctant to leave me. “Lie down for a bit, then we’ll watch some movie on Netflix tonight? It will be okay."

And she said, looking at me with eyes reluctant to leave me. “Lie down for a bit, then we’ll watch some movie on Netflix tonight? It will be okay.”

The second winner of our September 2019 Muse of the Month contest is Janani Balaji.

The rope was uncomfortably rough around my neck and I remember thinking that I should have chosen something less painful…my blue silk dupatta would have been nice, and stylish…my mind rambled even now. Then, the sound of shrieking rang in my ears and the world faded to black.