Tell Me, Who Is A Feminist, According To You? Can A Homemaker Be One?

Who is a feminist? This is a much misunderstood term, and debates still rage about it. Let's look at a well argued case here.

Who is a feminist? This is a much misunderstood term, and debates still rage about it. Let’s look at a well argued case here.

The other day a colleague commented on how feminism is only good in theory but doesn’t work in practical situations.

For example, she said, when a woman becomes a mother, it is not feasible to hold on to this concept of feminism or of being a feminist. According to her, since women are nurturers, their careers naturally take a back seat and that in her view is something which doesn’t go with the feminist line of thinking.

So, according to her, all this talk of being a feminist is good only until a woman gets married or has a child. Specifically, the moment a woman decides to give her kids priority over her job as compared to her husband, she stops being a feminist.

Now, had I been having this conversation with her via letters, I would have perhaps articulated my thoughts better at that point in time. But there I was conversing with her and at a loss of words to express what I specifically felt about this.

Bulk of responsibilities on the mother

While she is right that the bulk of the responsibilities of taking care of the child falls on the mother making it harder for her to juggle a career and home as opposed to a man, a woman deciding to step back or deciding to pull back on her career dreams doesn’t necessarily mean she stops being a feminist as long as it’s her decision.

Though in an ideal scenario a man and a woman would be equally accountable for raising a child that’s just a utopian fantasy at the moment, something we are fighting to achieve. But if the woman on her own accord decides to step back and take care of her child taking into account all those factors essential for the family’s well-being, that’s her choice to do so. And feminism in the simplest terms, to me, means the availability of that choice. And being a feminist means exercising that choice. The choice to do what the woman wants to do and decides to do.

What women need to fight

The fact that men need to do a lot more is still very valid and will remain so.

The fact that women do the bulk of unpaid work is again an unfortunate fact of our lives.

The fact that women are still fighting lots of odds and prejudices at home and at work is also a bane of our existence.

Gender-pay imbalance which often leads to a lot of the females deciding to step back from their careers or cut down on the work on having children is again an unhappy statistic. The disparity is stark and feminism is the fight to bridge that gap while having the choice to live the way a woman wants to.

Who is a feminist?

Unfortunately, there are a lot of fallacies floating around when it comes to Feminism. And when reiterated by women, it stings.

It doesn’t make one wise to say that feminism won’t work. It’s when you think about making it work in the smallest of spheres and even in the simplest of situations, that makes your opinion worthwhile. Otherwise, it’s just jibber-jabber isn’t it, without understanding the issue in its various complexities?

I think a lot of people have this misconception that only a high flying career woman is a true feminist. That’s far from true. Feminism ultimately boils down to women having the choice to manoeuvre their lives in the direction they want to. And even that can be broken down to a lot of everyday things in a woman’s life.

Of course, a lot of factors play into the decisions taken, the life a woman leads, but you can’t generalise scenarios. For example, you can’t say that a homemaker isn’t a feminist just because she doesn’t earn a living or decides to stay at home. Sadly this is something many women internalize and think is true.

The typical image portrayed of a feminist is of an angry man-hating-career woman which is so very far from the truth.

The woman selling vegetables at your local market is a feminist because she is living life on her terms. It might not be all hunky dory but she is making that effort.

The woman who lives next door to you and decided to take a break from work is a feminist because she has chosen this life for herself. Being on a company’s payroll is no guarantee of being a feminist. It’s the small things that matter. Maybe it’s dressing how she wants to or eating what she wants to. It ultimately boils down to not being told how to lead her life and even if told, deciding to do what she wants.

“Feminism is not needed in metros” Huh?!

A few years back someone at work remarked that feminism is not needed in metros because women are very empowered in the cities. That women in cities are feminists while those in small towns and metros are not.

Do I need to even explain on how many levels that is ludicrous? My grandmother never lived in a city, she was a homemaker but she was one of the greatest feminists I knew. There is no one description of a feminist, though the principles we are all fighting to uphold is the same.

It’s really sad that a lot of people believe that taking care of the family is against feminist principles. Why even Michelle Obama in her book Becoming mentions how she was judged as working against feminism, when in one of her interviews she mentioned that her job would be to be the Mom-in-chief after Barack Obama’s election win in 2008. This is the image we need to break if we want to promote a united front to fight all those things that women have been fighting for.

As Cheris Kramarae says, Feminism is the radical notion that women are human beings. So, a woman with a paying job and a woman without a paying job are both feminists as long as they have the option to choose this life for themselves.

She is a feminist as long as she holds the reigns of her life and let’s other women do the same. Don’t you agree?

A working mom who wants to raise a feminist daughter. A book lover who dreams of being an author one day. read more... 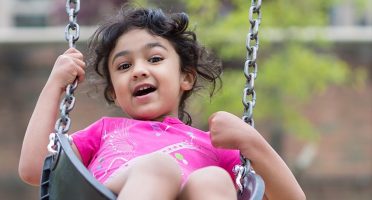 You're A Year Older, Daughter, And Here's What I Wish For Your 4th Birthday 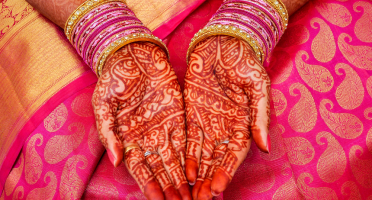 My Karvachauth, By My Choice - Whose Business Is It Anyway? 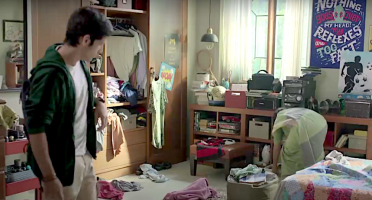