"If you don't know your caste growing up, you're probably upper caste," says the author of this thought-provoking musing on the movie Article 15.

“If you don’t know your caste growing up, you’re probably upper caste,” says the author of this thought-provoking musing on the movie Article 15.

My family has two surnames. One, that we use for our bank accounts and identity cards etc., and the other that is actually the surname ‘given’ to our family. The original surname consists of two surnames (in Bengal it is a common practice).

Somewhere down the line someone, generations ago, dropped one surname. That not only made our names shorter, it also brought us at least a notch if not two lower in the supposed hierarchy.

I do not know who this ancestor was. I do not know if he or she was anti-caste or just lazy. But I did not see anyone in our family ever get bothered about it.

Growing up caste blind (because we were privileged)

Caste was not something we discussed. In fact, until I was in the 8th standard, I did not know there was some kind of hierarchy, when we were taught about the caste system in our Civics class. I remember our then teacher, Mrs. Bhattacharya telling us about the atrocities Dalits had to face. Honestly, I did not believe her. I came back home and asked my father about it. He narrated a very disturbing tale from his own younger days – a Brahmin friend had once refused to touch the feet of a non-Brahmin teacher. And we pretend that teachers are Gurus, only next to God!

As I grew up, I realized the urban educated people around me were largely caste blind, and Shillong, the town I grew up in, was pluralistic to a large extent. But even then I could see Brahmin households where the stay at home maid was not allowed to enter the kitchen. Or the neighbour who refused to dine at my brother’s birthday party because she had just got a ‘shuddhikaran’ done at a temple (it is said that our caste is just a half a notch lower to the Brahmins and our men have to wear the sacred thread while getting married. Even then we weren’t ‘pure enough’ to break bread with). We laughed at the neighbour and made jokes on them. We could do that because were privileged too, and an economically stable family.

I and my friends would share jokes on caste and looked down upon anyone who was conscious of their upper-caste status, and we thought being caste blind was our way of bringing about equality. I could do that because I was privileged. But I or my friends did not actively call out others for their biases for using caste names as words to abuse people. The caste blinds like us usually live in cocoons.

Why am I telling you all this?

I tell this story today because today I and my friends are all Ayan. Ayan the protagonist of Article 15, has had English schooling, is upper caste and caste blind and like us, he too probably believes that people do not get killed because of their caste. I had heard someone say that in India if you do not know your caste, you are probably upper caste. And Article 15 reminded me of that.

The little girls who were raped and killed for asking for a three rupee raise in daily wages did not enjoy the privilege that I do. Their parents do not teach them to be rebels. They keep their head down, and for a caste atrocity like being flogged for entering a temple, they apologize to their adversaries.

I will not say Article 15 is a flawless film

The screenplay is filled with potholes. At places it feeds too many characters, one being Nishad. The filmmaker clearly wrote a real-life character (controversial) there and that even though it was a bold move, was a needless addition.

There is a moment though when he asks the Dalits to go on a strike and the clogged drains and overflowing garbage makes their presence felt. That is the moment when you think about how brainwashed our generation is. We think people who clean up our mess are untouchables. And they are invisible till the time they rebel in masses. Maybe that is the only way they can break our cocoons.

Then there is a saffron-clad politician on an election campaign. How the narrative needed this image of a real political heavyweight was beyond my understanding. More so, because the timeline of the crime was at least a couple of years before he came to power.

Privilege stares you in the face

In Sinha’s narrative, the racism of Mississippi Burning is replaced by the casteism of India. But once you sit there in the theatre, and when privilege stares right on your face through the flashes of the missing girl, and the helpless yet feisty Gaura, you forget about the flaws or Mississippi Burning.

However, one thought that haunted me for a long time was in Mississippi Burning, the story was set in 1964. Article 15 tells us of an incident in 2014. I am not saying atrocities against men and women of color have stopped in America. But what have we done for ourselves in India? How can one be a patriot while hating one of their own on the basis of identity?

What Article 15 does is it make you think and repeatedly question your privilege. I could have been a Dalit woman earning just 25 rupees a day. My body, my ‘honor’ could be violated to teach my entire caste a lesson. But I am not. So I can use my social media accounts to comment and poke fun on caste and religious atrocities and no one is going to kill me or molest me for that. I can enter a temple anytime I want and no one will strip me for that. If this stark difference does not make me guilty, then what will?

The sharp and maybe provocative trailer of the film has reportedly hurt people. And it is okay. That is not physical or economical hurt. That hurt doesn’t maim or starve or lead to anyone’s death.

And if that hurt outrages people too much, they are part of the problem. They are the reason caste atrocities will never go away. 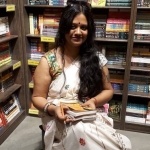 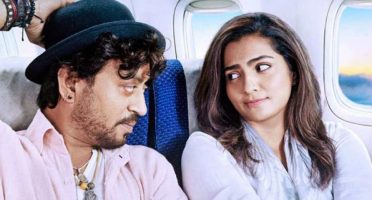