We talk about feminism, education, equal rights, equal responsibilities and everything in and around it but unfortunately, we never talk about the reasons why women’s abuse is still so common in our society.

I was sipping my coffee while reading some news online, when my eyes saw a statement flashing “I killed her because she was not behaving like an obedient wife.” It caught my attention and I immediately clicked on the link to read the whole article and found that a 35 year old man from Mumbai killed his wife as a fight broke out between them one night where the wife was replying to her husband’s arguments with courage. He asked her to move out of his life and house, which she agreed to, and told him that she will leave the house first thing in the morning.

This was not the first time when this was happening between them with the only difference that from the last two incidents, she had started replying to whatever nonsense he uttered while he was angry instead of keeping mum. He took it as an insult to his manhood and while she was sleeping during the night, he started stabbing her from the back and killed her.

When the police recorded his statements, he told that his wife has always been an independent woman and this was one of the reason why he married her. But probably he was not able to handle such an independent and bold woman. She was capable of handling everything on her own and had her own logical and apt opinions in every matter they discussed. When she argued logically with him on any of the issues, he didn’t like it and started feeling that she should not be allowed to argue with him as he is the Man of the House and should be treated and respected more than anyone else; the final decision should be his, no matter she earns more than him, she is more logical in her decision making, and can handle all the tasks with perfection.

I couldn’t read the whole article as anger and frustration overtook my reading ability. Another incident; where an empowered woman spoke up and participated the way she should, and where the man couldn’t take it in the manner he should be taking it. His Male Ego overtook every other emotion he had.

Raising empowered daughters – but what about sons able to match up?

This makes me wonder – Are the self-proclaimed modern and educated people of our society, who are very busy in empowering their daughters, actually culprits?

She should not ‘interfere’ in family decisions

A woman is educated, doing well in her job and earning equally as her husband, takes most important decisions in her office; but when it comes to her own household, she is treated as a stepney and not a pillar. She is only allowed to suggest but not allowed to decide.

And if she raises a voice against this so called tradition, she is told that she is being allowed to work and be independent outside, but, at home, men are better decision makers and have always been like that, so she should not be interfering.

When she talks about her rights as a family member, she is told that she is a woman and has to live her life like this and in most of the cases, this statement is given by a woman member of the family. And that’s the Irony!

She should ‘enjoy’ life and look after his parents

There is another woman who is educated, was doing well in her job and earning equally as her partner, but she is forced to leave her job few months after marriage as she was unable to manage both household and work without any support from her new family and husband.

And her husband tells her that she should enjoy life and look after his parents while he will go out and earn money.

Why a woman can’t go out and earn money, and the man can stay at home and enjoy his life with his parents? Why do we always ask women to compromise and treat men as if they are the gems of the family, who in most of the cases are just, trinkets?

She must ‘compromise’ because she should take care of the baby

Let’s take another example of a woman who is educated, working and became a mother. In most of the cases, she leaves her job permanently, sooner or later, as she is supposed to take care of the baby. In some cases, she is able to join work after taking a sabbatical.

Only in very few cases, a woman joins work just after maternity leave and that too with the conditions of work from home, or leaving the office early, or not being able to attend meetings as they continue after office hours and so many other compromises which go unnoticed. Why can’t men be asked to stay at home with the baby, taking a sabbatical instead of women? Why can’t men compromise on their working hours? Why can’t men work from home and take care of the baby?

How many families today are teaching their sons to respect women and treat them equally?

How many men are not letting down their wives in some way or the other in front of their kids?

How many mothers are telling their sons to participate in the kitchen after a certain age?

How many men involve their wives in the decision making in front of their kids?

How many fathers tell their sons and daughters to take permission from their mothers instead of him?

How many fathers are teaching their sons to respect women and not abuse them?

How many parents tell their sons to support their wives?

How many parents don’t look down upon their sons if he is supporting his wife in household activities?

When a boy, a son, a man, a boyfriend, a husband, a father has grown up with the mentality that he is the most important member of the family and is over and above the women in the house, he is surely not going to respect women and treat them in the right manner.

We know so many boys who go to a good university, read some good books and somehow realise that the women are no less than them and therefore, should be treated equally in everything. But when the same boys get married and actually start living life on their own, they start taking all these theories for granted. No matter how well they behave with their wife, how much they treat them equally, they are somehow influenced by the thought process of the society and in some cases, their families, who, can only pretend to support a woman.

A man helps her wife in the daily chores, but is ashamed to tell this to his family and friends as he might be considered to be ‘joru ka gulaam’. He tells his wife not to tell his parents that he equally participates in the household jobs as they might not be able to take it in the right sense. If, by any chance, the parents get to know about this, they take it as a matter of ‘honour’ and starting judging the wife.

Women were always treated like commodities and to our shame they are still being used like that, with a little change in the manner of handling those commodities.

We worship Goddesses and then abuse and molest women.

We talk about so many women related issues; we talk about feminism, education, equal rights, equal responsibilities and everything in and around it but unfortunately, we never talk about the reasons why women’s abuse is still so common in our society.

We never talk about how we can educate our men in the right manner so that these issues don’t occur.

We don’t raise our boys right

This is going to continue in the same manner till the time we don’t start humanising the behaviour of our boys and men. There is no point of talking about women empowerment unless we are ready to accept those empowered women.

Boys have to be taught to respect any and every woman. Then only, we can talk about empowered women. An empowered woman, otherwise, will be broken down very easily. Our society will have to come forward and support this cause of raising men in the right manner; only raising empowered women won’t help.

Image source: a still from the movie Tere Naam 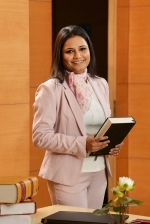 Curse These Double Standards Of Society! When Will Things Change?