Plastic That Composts Like Orange Peel? This Israeli Innovator Has Made This Dream Come True

“Plastic that turns into compost. It’s a beautiful thing,” says Daphna Nissenbaum from Israel, who has “hacked plastic” by creating an alternative to single use plastic packaging.

“Plastic that turns into compost. It’s a beautiful thing,” says Daphna Nissenbaum from Israel, who has “hacked plastic” by creating an alternative to single use plastic packaging.

Have you ever felt a twinge of guilt at not being able to recycle a piece of plastic packaging? Daphna Nissenbaum certainly did.

“You can’t just throw it into the trash!” began an argument she had with her teenage son, who instead of bringing his water bottle back home to be put in recycling, had just thrown it away. This scolding that she gave him made her think about what else we were throwing away.

Plastic bottles can be recycled. But flexible plastic packaging, like chips bags, cannot be. She wanted to find a way to get rid of that plastic packaging, which is the major component of plastic pollution. The solution, in her own words, was this, “Then it hit me! What if I put water in a bag, a bio-degradable bag? And like an orange, we will eat or drink the content of the package, and dispose of the package into the organic waste stream. The package will then decompose and go back to nature. If that happened, I wouldn’t have to worry anymore about my kids not bringing their water bottles home!”

Around this time, she met her co-founder, Tal Neuman, and they began to approach experts to create this organic packaging. The experts could not help them. So they founded Tipa Corporation in the basement of her home and after great efforts, in 2012, they developed a bioplastic, using fossil fuels and plant materials, that looks and feels like plastic. When you throw it away, it naturally decomposes within six months into water, carbon dioxide and organic matter that bacteria can eat, leaving nothing behind. At no point in this decomposition process do they turn into microplastics – a huge environmental problem today.

Daphna was smart enough to realize that it isn’t enough to develop a product. It must be easy for others to adopt. So, as she explains in the video below, she and her team engineered the product so that it would meet manufacturers’ requirements and seamlessly fit into the equipment and machines that they already used. No one needs to change anything. 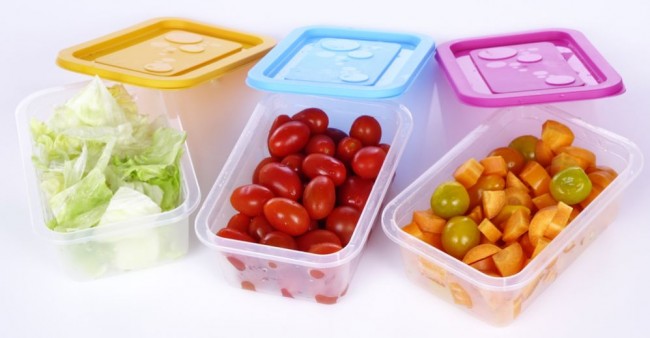 Road To Good Health: Kicking Plastic Out Of Your House

This Tipa ‘plastic’ is more expensive than conventional plastic, because the raw materials are still costlier. But the difference in price is only a few cents, as Daphna explains in the video above. And as their marketing director, Merav Koren points out, the more the technology becomes accepted and widespread, it will become cheaper, because of economies of scale. A focus on sourcing cheaper raw materials will also help to lower the cost.

For this groundbreaking work, Daphna and Tipa have received many accolades. It won first-place prize at Israel’s Cleantech 2012 out of 50 promising companies and also won a prize at Anuga Foodtec, a leading food industry packaging conference in Germany. In 2018, it won the Best Environmental Sustainability / CSR Initiative at the FoodBev World Food Innovation Awards.

32% of the 78 million tons of plastic packaging produced annually is left to flow into our ocean. That is like pouring one garbage truck of plastic into the ocean every minute. If this continues, this will increase to two per minute by 2030, and four per minute by 2050. This is why Daphna Nissenbaum’s Tipa can really make a difference.

Want to know what other innovations women around the world have pioneered? Read about Aisa Mijeno here.

Being sustainable in a world gorging on plastics and unnecessary buying can mark you out as 'that crazy woman', but it is all worth it. Don't you think so?

Being sustainable in a world gorging on plastics and unnecessary buying can mark you out as ‘that crazy woman’, but it is all worth it. Don’t you think so?

The other day, I went to the grocery store to buy a couple of pulses. So I fish out the drawstring cloth bags I use to counter the plastic menace and say – “Bhaiya dal isme bhar do” (please fill it in this). Before the words are out of my mouth the grocer, who could have beaten both Flash and Quicksilver in sheer speed, has already started filling moong dal in a plastic bag.

Brenda Katwesigye is a serial entrepreneur, whose business ideas came from her own life experiences. In her job as a consultant, she would have to work for long hours on the computer, which eventually led to her developing short-sightedness. When she went to get a pair of eyeglasses, she realized that they were really expensive.