There is a standing debate every year on celebrating Women’s Day. While some feel it is important to dedicate a day to acknowledge and appreciate the women around us, others feel the very concept is flawed. They believe that the acknowledgment and appreciation shouldn’t be restricted to one day- but should extend to the rest of year as well. Fair enough. While we have come a long way in trying to ensure equality, there is still a very long way to go to. I would love it if all that we’re celebrating for a day, become the norm. Until then, let’s take it one day at a time!

Sometimes, I feel bad for the men around me. There are many of them who stand for feminism but are clueless when it comes to understanding women. I remember approaching a colleague who had cracked a sexist joke during a gathering. I went up to him and explained that I did not appreciate his comment and explained why I found it offensive. He apologized saying he did not think of the joke from my perspective. It looked like he was genuinely not aware of how his joke might have offended women around him. I was glad he did not say, ‘Oh come on, don’t you have a sense of humor?’ or the standard ‘Don’t take everything seriously, learn to laugh at a joke!’ comments that I usually receive in such situations.

I think most problems stem from the fact that men aren’t aware that their actions/words make women uncomfortable. So, instead of blaming men for not being aware of the implications of their actions, here are a few things I would urge men to start/stop doing.

Talk to women and understand how they feel

Please stop saying ‘Women are complicated’. No, we’re not. If you really want to understand things from the perspective of a woman talk to women around you – your friends, colleagues or your loved ones at home. Ask them what makes them uncomfortable among some men, what makes them angry and what scares them. Ask them about the numerous precautions they need to take while stepping out in public – either while walking, driving or traveling in public transport. Talk to them and find out how many times you might have done something, without understanding the discomfort it could have caused someone. Ask how they feel when they are not treated fairly – at home or work. Ask what creeps them out. Understand things from their perspective. I’m sure it would be an eye-opener.

And here’s a heads-up – when you speak, please DO NOT interrupt women. Allow them to complete a sentence without the burning need to interrupt them.

No, those jokes are not funny. How about finding something to joke about that does not generalize and make fun of women? Just because you find a sexist/misogynistic joke funny, it does not mean everyone would find them funny. Give it some thought, be considerate to others. There is nothing as cringe-worthy as finding such jokes among all your WhatsApp groups – family and friend groups alike and the inconsiderate comments that follow those jokes in the name of humor. You are demeaning every woman you know – including your mother, wife, and sister. If you do not have the guts to crack a sexist joke in front of your mom, wife or sister in the fear of being judged, then you shouldn’t share it with the world.

Don’t ask women to have a better sense of humour. Raise your standards.

Don’t decide what you think women around you need. Ask them. How many times have you asked a couple’s preference only for the man to immediately cite his preference and speak for both of them without bothering to check with the woman? Women are perfectly capable of making their own decisions. You don’t need to act like you’re doing them a favor. If you find yourself questioning them on things that don’t concern you – stop the moral policing and keep your thoughts to yourself. It’s none of your business.

The idea of imposing a curfew for women has always baffled me. Women are asked not to venture out in the open at night because it might harm them. And who ends up harming women – some men. So, instead of asking women not to go out after dark, shouldn’t we actually ask the men not to step out after dark because they are capable of causing harm? Why impose restrictions on the possible victims, instead of tackling the problem at its roots and imposing a curfew for men? I don’t get this.

Don’t tell women how to dress up and how to avoid danger. Teach men how to behave and keep their senses in control.

Stand up for women, even when they are not around

Making sexist comments have become so common in conversations that most people don’t realize what they say. Let’s say a well-respected person in power makes a sexist comment and laughs it off. Irrespective of whether there are women in that situation, please stand up to people and tell them it’s not cool to make such remarks. If you see someone treating women with a bias, call it out. If you don’t, you are encouraging their actions. Women have started speaking up these days (despite the fear of being branded a troublemaker). But it’s up to you men to set an example and call out chauvinism exhibited by other men, even when they aren’t around. You might not have anyone to appreciate you for your gesture, but I’m sure it will either stop the person from making such comments or inspire more people to stand up for women.

Dear Women, stand up for yourself and other women. Don’t always wait for someone to help you. If you’re being branded a rebel – so be it. If the world around you is not being fair, they have to deal with a rebel.

To think about it, I don’t believe there are too many tasks that are exclusively performed either by men or by women alone. There might probably be a few, but that shouldn’t go to the point where people consider it beneath their dignity to perform a task not usually associated with their gender. I think this mindset was predominant in the previous generations where men were usually the sole breadwinners.

As more and more women are getting into the workforce, it is only natural that the current generation families divide responsibilities equally between themselves. But I still see many men proudly say that they did their spouses a favour by taking care of the kids for an evening so that they could spend time with their friends. I wonder how this is a favour!  As a parent isn’t it the duty of both the mother and the father to take care of the children? When a man travels for work, no one asks how his family is holding up. But women travel for work, everyone asks them if they’ve made arrangements for their family. Why this bias?

Dear parents, I’m looking at you. Do not create/follow gender specific games/activities for your kids. Don’t stop them saying, “Hey that’s only for girls/boys”. Let them do a bit of everything. I think it’s best to involve kids in all kinds of activities right from when they are young. This way, kids will learn to do everything required for them without being dependent on anyone. Shouldn’t that be the goal than asking your girls not to get into a fight with others while asking the boys to be brave and face the world? They say kids learn a lot from their parents’ actions than their words. So if you were to be an example for your kids, I’m sure the kids will follow your steps.

So, there you go! I don’t think it is as daunting as you thought it might be.

Recently, I came across a conversation where people said men are given credit for doing just the bare minimum they are expected to. While I agree that we need to appreciate the efforts, don’t you realize how low the standards should be, to celebrate someone doing what is usually expected of them? If you are already doing everything on the list and think you deserve an award, think again. Aren’t these expectations the least you can do for someone? But you know what, go ahead and take that award. Despite the list being so basic, there aren’t many people who follow this. In today’s world, you deserve it.

So today, we will celebrate and praise you. We praise you with the hope that more people will start doing this and it becomes the norm. And when it finally does, you can proudly wish the stronger sex – the women – a Happy Women’s day! 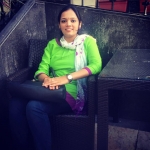 Until Our Girls Are Empowered Enough To Stand Up Fearlessly To Exploiters, Women’s Day Might Be Necessary