From a young age, girls are called upon to serve people, and help mom in the kitchen while boys are mostly asked when something has to be purchased from outside. The new Ariel ad makes us examine such differences.

From a young age, girls are called upon to serve people, and help mom in the kitchen while boys are mostly asked when something has to be purchased from outside. The new Ariel ad makes us examine such differences.

Gender stereotyping – a pretty common thing in Indian society. From behaviour to clothes to haircuts to work, everything is gender stereotyped. The ‘big’ one being, “It’s a woman’s job to take care of the house and do all the work, while the man takes care of the finances.”

Though the seeds of change have been sown by the newer generations, the majority are yet to adapt a change in their mindset. It’s not just an individual’s responsibility but rather a collective effort that is needed to give freedom and equality to both genders.

It’s refreshing to see more brands making ads around the need to stop gender stereotypes, and starting these conversations.

#ShareTheLoad got many talking…

Ariel is a household name, but their campaign #ShareTheLoad set them apart and made the brand stand out. Tired of laundry detergent ads that showed the housewife scrubbing collars to make them whiter and displaying her worn out hands, the Indian audience welcomed the #ShareTheLoad campaign with open arms. At least the women in the audience felt heard and jibed at their partners to learn from the ad. (I know I did!)

Women are not solely responsible for housework. They stand equal to men sharing financial responsibilities and working too. Even homemaker wives or stay at home moms have much to do and it’s not always upto them to take care of every little bit of housework. This was beautifully shown in the first #ShareTheLoad ad, where women spoke up and stood with each other while fathers realized how they had influenced their daughters to always think of housework their job.

It was a start to conversations, which am sure influenced many to change, at least a little.

Take 2 now, makes us introspect on how we raise boys and girls

The recent ad showing a conversation between mother and a daughter, with the son in the background, is another very powerful example. It brings to light the foundations of everyone’s growing up years. Consciously or sub-consciously, girls are always considered to be organized, to be the ones who clean up after everything, while boys are treated as not knowing or not needing to care as much.

It’s true, isn’t it? From a young age, girls are called upon to serve people, and help mom in the kitchen while boys are mostly asked when something has to be purchased from outside. The food was always brought in first for the boys, while the girls had to make sure to serve everyone and then eat with mom.

I am sure even now, even you may be subconsciously treating your son and daughter differently. And no, it is not just your responsibility, but equally of your partner’s too. Kids learn more by observing. Is your husband, father, brother, uncle getting involved with housework or just ordering the women around? It’s time to get everyone involved.

Ariel’s new ad shows this very well, where the mother realises how she has been treating her son differently as compared to her daughter. The best thing for me was that she makes the change right there.

I am leaving you all with a thought, aren’t the men brought up to be more dependent? If they have been, should that be an excuse to not change now? 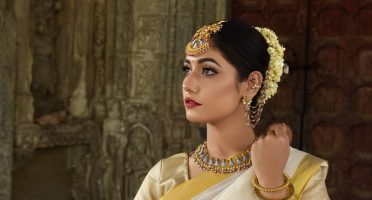