Why isn't the 21st century woman left to decide for herself? Guys, she knows what she wants, and if it seems otherwise to you, maybe your overbearing attitude is the problem?

Why isn’t the 21st century woman left to decide for herself? Guys, she knows what she wants, and if it seems otherwise to you, maybe your overbearing attitude is the problem?

Everyone welcomed the 21st century years ago. The Y2K bug was caught in time and nipped in the bud. Everything great that happened with the turn of the century was chronicled in history.

If there’s anyone who sort of got the raw deal, it has to the 21st-century woman. The woman who seemingly has it all. Who’s sorted on everything right from career to marriage, from kids to retirement. She seems to have nailed it just right and is doing great by herself, that is until the world decides to interfere in her affairs.

So basically when a 21st-century woman makes decisions for herself, she’s shown a platter of “better choices” on her table, forcing her to re-think her decisions. There’s always someone in the alley waiting to give her unasked advice that negates her decision and offers a better alternative, without really bothering about what the woman wants.

So this post is for all those do-gooders who, I believe, have genuine interests in their hearts, but somehow the fact escapes them that a Y2K+ woman has already done her research, weighed her pros and cons and made her decision long before you came along her way!

Ask before you advise

Yeah, it’s easy to advise a single woman to get married before all the good guys are taken, or a married woman to start a family before her ovaries freeze up, or a stay-at-home mother to start planning about getting back to work because her kids don’t need her around anymore, and finally to a working mom about taking it easy at her job because her kids need her around NOW!

Well, if you ask me, eating without gaining weight and being able to fit into pre-pregnancy clothes is the most important thing on any woman’s mind. But a close second is her decisions about life. Not just her own, but for the ecosystem that she creates and runs so effectively. Many women are naturally gifted with the ability to multi-task work, home, maids, husbands, travel plans for work and for holidays, managing sick kids and/or parents, and while it may seem humungous for someone watching it all from the seams, the fact is that a woman with a mission has the necessary skill-set to handle it all without much ado.

So let me say this again and let me say this slowly, Ask a woman about what’s her plan for the road ahead and really listen when she’s talking. You may be seething with great opinions and advice but give her credit for having already thought it over and accept it for what it’s worth. It may not be the right option for you or the world at large (“What a selfish woman, only thinking about her career, eh?!!”), but that is for her to decide. If you must know, a woman’s best friend is the one who gives her validation in society. A pat on her back, a “hi-five” or a compliment. That is perhaps why most women find their best friends among the sisterhood and not in the family

Unlike the natural ability that many of my sisterhood possess, I am a terrible multi-tasker. I realized this when out of overpowering zeal to prove something (not sure what) to someone (not sure who), I chose to get back to work. Work from an office, that is. Someone else’s office. All this while, I had worked from my own home office which incidentally is a cozy den. But I wanted to know if I could carry it off like all the smart, sassy ladies who seem to be doing an impeccable job inside and outside the home. Well, I bombed big-time!

Here’s the thing- I need to wake up to a picture-perfect home, have a nutritious meal ready for my daughter and a king-size breakfast ready for me and the husband, make time for my work-out, pay my bills on time, keep the fridge well-stocked, have a weekly schedule of all meals, have crisp linen on the beds, have the dining table looking as if it’s waiting to welcome a party of guests, have my plants looking green and healthy, do math with my daughter and encourage her to read more, remember to refill the printer cartridge, and of course, I would never miss a football match at school or the PTM, for that matter. All this while I typically spend 4-5 hours typing away at my work desk. Thankfully, we don’t have a dog!

So I told myself, that I could get the best of both worlds if I continued with my freelance work while enjoying the perks of working from home.

Yes, I don’t earn promotions and “employee of the year” awards. There’s not enough positive reinforcement either. Most of the time, I have to listen to “Do you have to finish that piece right away?”, which is very disappointing. Also, I don’t get to go clubbing with co-workers or to team dinners and “off-sites”.

Do I miss these? Oh absolutely. But I guess the fact that I don’t want to rely on maids and drivers to make things work like clock-work, and that I want to be a part of every milestone of my daughter growing up gives me that clarity about where I want to be more. Perhaps I am a control-freak who is no good at delegating, but I have only begun discovering myself, ya’ know!

Yet, when we go out with friends, these comments like “You should get back to work now, the kids are grown up, they don’t really need you around” get to me deep down, and I almost wish I could fling that drink in their faces. I mean, did I even ask you for an opinion on how I should live my life? I find it quite ridiculous that every entity believes that they are an authority when it comes to telling a woman what she should do next.

I strongly feel that the new age woman knows her mind exactly; at least her gut feeling never lets her down and most often, her decisions are right. But she’s a real person, so there are going to be mistakes, wrong decisions, and goof-ups. Most of these are the aftermath of continued criticism from key people in her life. So in all fairness, she deserves a break from your judging, your deprecating remarks about how she’s letting her degree go waste, and how being professional makes you powerful.

Perhaps it does, to the viewer. Every woman knows where her power lies. Mine is in my writings and I don’t need to go into an office to claim it. Suffice to know that yes, she misses it and wants to see herself armed with the authority that comes from leading teams, being heard in committee meetings, being considered for promotions. But her pedestal has shifted. Some have a tough time accepting it, women included, and certainly men. So spare her the raw deal, and watch her recognize and embrace her true calling.

Don’t underestimate a woman who wants to be a homemaker, her real skills are waiting to be unleashed. Don’t judge a woman who chooses to work like a man, she’s unafraid of herself. Finally, don’t advise a woman who is confused about her next step, she’s just waiting to step out of her hibernation.

Amita is a freelance writer and runs a personalized resume creation venture called Copytable. Based out of Mumbai, her writing is predominantly slice-of-life and her ideas mostly stem from her own experiences. read more... 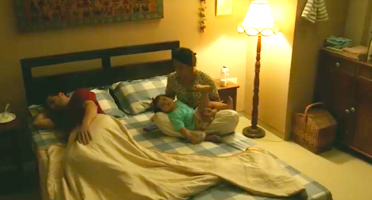 Women Expected To Be There For Others; Who's There For A Woman When She Needs It?