The recent tweet by Anand Mahendra underlined the fact that women have to work harder than men to achieve the same, and this is true of all women - they succeed in spite of their challenges!

The recent tweet by Anand Mahendra underlined the fact that women have to work harder than men to achieve the same, and this is true of all women – they succeed in spite of their challenges!

We don’t believe in giving women their due

Every girl with a mind of her own is a threat to the first system she encounters – her childhood home, where she often is a liability than an asset, a constant thorn in the flesh.

Every girl with a mind of her own is a challenge and fascination to be pursued or sparred with, for boys and men who pride on their openness and intelligence, and who ‘aspire’ to meet her as equals.

Every marriage or relationship based on such attractions hits ground reality as the same girl one admired for her wit, her courage, her independence and her honesty becomes a liability in a social setting because she does not conform, blend in, or appears too radical. She becomes an object of ridicule, her uniqueness apologized for, chastising her often for her independent dreams. In a social setting, men talk dreams, and women watch in the shadows cheering. Women do not talk dreams and men cheer, for men are never in the background, never in the shadows.

How often have you heard a man ask, what do you think? to a woman in a group setting in social circles on either politics, business or current affairs?

A vocal woman is seen as too opinionated, too clear, too selfish because she has a mind of her own. Her marriage if through traditional ways have to be done by hiding her ‘true’ nature, and usually projected as the exact opposite of who she is. Because, her mind and views are a liability not an asset. A mind that can think is a dangerous tool. A voice that knows to speak or express a counter point is often seen as a liability.

When is a woman ‘allowed’ a voice?

It is only in education that a woman can freely show her mettle. Matching performance. Even in a work place, unless the woman is calling the shots or the boss, she is still somewhere viewed as slightly less serious than the man in her goals, commitment. People treat her passion for her work as a sort of frivolous hobby. In discussions, men look at men and speak (subconsciously) instead of meeting a woman in the eye. It forces the woman to become doubly strong in her presence, to ensure that she is equally central to the discussion, sometimes to the point where she has to exclude the men out to ensure she is at par, or more forceful than all the men in the room.

I have heard the best of men say, but you don’t have to really work, do you? And, these men have wives, daughters whose dreams they support as long they conform. And, interestingly they admire ‘other’ women with independent views. They just don’t understand them ever conceptually.

The ‘curse’ of being a woman with brains

A woman with brains or talent is either suppressed, tamed, made to conform, ridiculed, or stressed because she has to be many, many different women all in one, to just be accepted into most circles. And, then she becomes too much to handle.

Either way, it is a curse. Having dreams, having ambition, having the stubbornness to have a mind of one’s own, and to nurture it preciously and to grow it, for a woman to bow to grace, simplicity, gentleness and her potential should first be allowed to grow. She is made invisible, mansplained to, or overruled.

Men have a problem with women doing all what the men do because then who would do all the million jobs that women do? No man is keen to take on, or desires the roles and responsibilities a woman does. The women are game to do all the roles men used to do because they seem far easier than what they anyway do. Men therefore look to be easily replaced by women but the women are not easily replaced by men. That is why power is rarely or reluctantly given to women unless they act like men.

For a woman to nurture her grace, gentleness, love, potential, talent, skill or brilliance there should be place for her fire. And, it should eat at the same table or workplace as the man’s and not by the kitchen or bedroom alone, or relegated to the background in the outside world.

And, sometimes, women take a back seat helping a man to shine, by taking care of all that he cannot. What would his life and contribution be like without her? Would he have take a back seat if she had chosen to shine? Is her story always to be a shadow story, unless it reads exactly like his?

Women need their due place in the world and they are no longer waiting for it to be given. They are claiming it anyway. And, rightfully so. To be in a world full of confident women, the men have to learn to get used to it.

Register at Women's Web to get our weekly mailer and never miss out on our events, contests & best reads - you can also start sharing your own ideas and experiences with thousands of other women here!
women at workwomen's voices

A free spirit with an exuberance for life, an unapologetic individualist who has blazed her own trail as an entrepreneur in media and communication, a lover of stories and words, cinema and travel, coffee and read more... 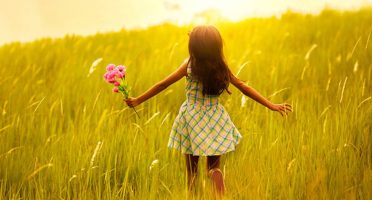