We have normalised violence in the domestic sphere so much, that we often don't even notice it as violence, and it is even culturally sanctioned.

We have normalised domestic violence in the domestic sphere so much, that we often don’t even notice it as violence, and it is even culturally sanctioned.

Normalisation is the process in which anything – behaviour, priorities, habits, preferences, etc. gets repeatedly treated as though it is normal until it is universally perceived as such. If something is normal, it is not serious, not shocking, unimpressive, unspectacular, not special, totally ordinary, completely acceptable, and easy to ignore.

Does normal seem like a good way to describe abuse and violence? Probably not. Yet, at least 50% of men, women, girls and boys in India think that a man hitting his wife is normal or justifiable.

Let us think about some things that are widely normalised in India: breaking traffic rules,  littering on roads, urinating publicly, cutting in line, spitting publicly, and even bribing. You and I would probably agree that these behaviours are wrong, and yet we encounter these things so often, that there is no doubt that much of society has somehow accepted them as normal and decided to ignore them.

What is your usual reaction when you witness this kind of behaviour? A heavy sigh, an eye roll, or maybe a muttered expletive before you go back about your business? You might not like it, but it is so normal, and it happens so frequently, that you figure it’s not worth making a big fuss to try to make a point one time. You see someone urinating on a public wall in your neighbourhood and think to yourself, “What’s the point of saying anything. Someone else will just come along tomorrow and do the same thing.” You make an excuse for it.

Similarly, abuse and violence against women has become a behaviour that many of us acknowledge as wrong, but do not address. However, there are also a large group of people who think of it as completely normal (even justified), and who do not see any reason to try an address it.

Why do we fail to notice domestic violence?

There is a reason why we as a society have overlooked domestic violence – years of conditioning to accept that there is a gender in this world which has to be protected, taken care of and sheltered. In the process of sheltering, protecting and providing for the gender which is considered to be ‘weaker, nurturing and sensitive’, we control her. This controlling is exhibited in the form of physical, verbal and mental abuse, under the garb of protecting them.

There are a lot of things this ‘weaker gender’ has to adhere to in Indian Society – be docile, responsible, bear children and nurture them, listen to the husband and his family, cook and clean for the entire family and take permission for everything. If a regular Indian woman dares to cross any of the lines that have been drawn for her, anything can be done and justified to keep her in her place, right?

Among other root causes, abuse stems from the desire to control another person. With several years of conditioning, society has trained one gender to be submissive and the other to be dominant (a controller). In a marriage, when a woman fails to be the ‘perfect’ wife, cook, maid, host, mother etc., the husband and/or the family could use their power and control in various forms to ‘put the woman in her place’.

Take this clip for example:

In this clip, the wife says that she has to endure her husband’s violence for the sanctity of marriage, because he is a Man and he is her Husband.

Indian society and families have been controlling women to an extent that a woman’s personal choices now have an effect on the reputation of her family. If a woman chooses to marry the person of her family’s choice, listens to her husband and in-laws, gives birth to children and takes on the role of a ‘selfless’ mother, then she has made her parents and in-laws very proud. On the contrary, if she chooses to leave an abusive husband, if she chooses career over motherhood or if she marries a partner of her choice, then it is assumed that she has destroyed the family’s reputation and respect.

It is interesting to see that a family’s respect is built on how well they can control their women – be it wife or daughter. That is also the reason why some families do not like their daughter pursuing higher education – they do not want her to be “too educated” for her “own good”.

While women across the country are taunted, scolded, beaten and burnt for many reasons (especially for making their own choices), we as family, friends, neighbours and society do not interfere in it because it is a ‘family issue’. For generations, Indian society has put women through a lot of pain, abuse and trauma because most issues are ‘family or personal issues’. This needs to stop now. It is not normal, it should not happen in any house and women definitely do not deserve it.

How do we recognise Domestic Violence?

Let us all educate ourselves about domestic violence, recognise it, point it out and provide help to our family and friends who need it.

Image source: a still from the movie Provoked 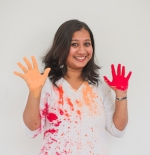 Usha is a dreamer of change - a world free from violence and equal opportunities for all. Her professional and academic interests include gender, patriarchy, identity-based violence, and laws related to women and children. read more... 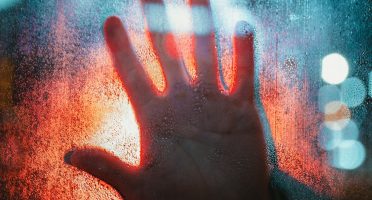