What Courage Is, And Why The Question “Why Didn’t She Speak Up Before?” Is Irrelevant

We are living through a movement that is slowly turning into a revolution, and women are being asked why they didn’t speak up before.

On the face of it, the #metoo movement appears to be a movement where women are turning against men – but it is not. It is the revolution of the powerless and against the powerful. It has happened time and again in history.

The #metoo movement is the same.

Why the movement seems like women versus men movement is because for centuries – women have been the oppressed half of the population.

Why is everyone shocked surprised and embarrassed by this movement? Because speaking up about sexual misconduct has been taboo from the beginning of mankind. But if we look at this movement in the right light – we can change the world.

Numerous questions are bubbling in the minds of all those who are witnessing this movement – and some of them are….

Why didn’t she slap her harasser right there and right then? Was she a coward or was she just plain selfish? And the obvious answer seems, to be – that if someone has spoken years after the act – after all her motives have been served – she must be cunning and selfish.

But that is not true.

There Are Various Kinds Of Courage

The courage to retaliate and resolve immediately

The first and most obvious is the courage to retaliate with a slap in the heat of the moment. While this is apparently brave and self-righteous and could be appropriate in a life-threatening situation – it is the equivalent of pulling the gun
trigger in the face of a threat. It is not practical and can only be done by a teenager (if at all) who has the physical power of an adult – but is still not in the possession of the mental power required to weigh actions and consequences.

Retaliating immediately against a powerful person (physically, verbally or through a written complaint) is not something most thinking adults would do- especially if they wanted to continue to live in the society with their families and earn their livings. It would be the equivalent of pulling the trigger on someone and going to jail.

The courage to endure and adjust

The second kind of courage is the courage to keep quiet and swallow injustice and carry on with life as if nothing has happened. This is the same courage with which we accept poor appraisals when we do not deserve them…pay taxes that we think are unfair… or keep quiet and endure violation.

As women for many centuries, we have been brought up to believe that this is the courage that is expected of us. And so we have kept quiet and just managed even when it is killing us inside. It is easy to call this cowardly – but everyone who has seen this courage at close quarters would know the strength and stamina this demands.

The courage to realize and remedy later

The third kind of courage is the courage to recognize that if you continue to keep quiet as you have been conditioned to for centuries – nothing will ever change – and your daughter and hers will suffer the way you have. This courage takes a while for us to acquire. It hits you one fine day when you see the same injustice that has been heaped upon you – being done to
someone else – and you realize that things would have been different if you had spoken up.

And so you decide to speak up. You do it slowly because you now have rounded edges because of your suffering. This is the same realization that prompted our freedom fighters to take the non-violent route to fight for freedom.

We need all these kinds of courage

The courage of every kind is important to keep the world going – to keep society functioning – to live as families and communities. People with different personalities are able to bring forth different kinds of courage. A person who has the courage to slap – may not have the courage to bear suffering for greater good.

If you are dying in the desert and someone says that if you take 10 whiplashes – I will give your child food and water you may choose the whiplashes. And that would be courageous and intelligent – not cowardly and it is important to remember – that you become aware of your own pain and suffering only when you have ensured that everyone whom you love is out of danger.

Even with the severe pain of the Caesarean section wound you would pick up your baby and feed them without being aware of the pain if the are crying. A wounded soldier would not feel the pain of 10 bullet wounds if the enemy was advancing and entering the country she/he has vowed to protect. So people recognizing their suffering at a later date from its occurrence should not be impossible to understand.

Being brave in one way or in another requires that same amount of strength. Let us not demean or look down upon one kind of courage as we applaud another kind of courage.

We are lucky to be part of society as this movement evolves – let us be courageous enough to support the oppressed. Let us also have the courage to bring up a generation that will be brave in a different way from what has been taught for centuries.

And let us remember always that this is the war of the powerless against the powerful. There are many men who are also silent sufferers – although their suffering may be of a different kind altogether.

We change the face of the world – let us do it. 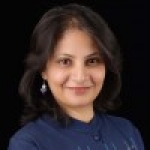 Dr Debmita Dutta is a practising doctor, a Parenting consultant and the founder of the website www.whatparentsask.com – a video-based website that provides expert answers to parenting questions. She is based in Bangalore read more... 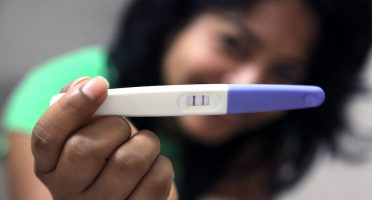