‘Boys Will Be Boys!’ – When Will Defending Harassment Ever Stop?

In the wake of #MeToo there are other trending hashtags like #NotAllMen to take away the focus from what women face everyday. In such a case, how can harassment ever stop?

In the wake of #MeToo there are other trending hashtags like #NotAllMen to take away the focus from what women face everyday. In such a case, how can harassment ever stop?

With #MeToo, it’s an opportunity to take cognisance of something fundamentally decadent in our sociocultural idea of “normal”, that one fine day strikes us in our face as abhorrent. I penned down my thoughts as best as I could, after conversing with a lot of friends, family, colleagues and some introspection:

Last week, my friend and I were taking a stroll after dinner at a well-lit, very wide, public area of Jaipur. It was around 9 pm. Four young men on two bikes were riding on the same road. As they approached us from a distance, their shrill high pitched laugh increased. They began to swerve their motorbikes all across the road. They eventually passed us and went ahead. That’s an objective report of a seemingly normal event. For a man, yes.

Following is how a woman perceives and responds to such social situations. This is how most of us feel throughout the day – in homes, offices, streets, in public transport, private cabs, you name it. And if you think this is something new, you’re not talking to women in your lives. This is neither exaggeration, nor victimisation and this has to stop. It is not normal. It is not healthy. Not for your girls, not for your boys and not for a trans-person.

When I heard the roar of bikes with the raucous, carefree laughter, the sides of my ears burnt bright red with anxiety. The muscles in my stomach tensed up and my sweaty palms curled into fists. My jaws clenched and within seconds my blood was full of cortisol and adrenaline, ready to trigger a triple F response (fright, fight, flight). I was no longer listening to what my friend was saying, he probably didn’t even notice the bikes or my tensing up. Normally a human body does this when faced with grave- mind you, grave- danger. For instance, facing a predator, like a lion. Or when in a fatal accident. Imagine what a female mind and body must go through several times a day when we walk into a room, a coach, a street full of men. That’s us trying to be safe. That’s us putting our guards on.

I relaxed slowly when the voices of the bikers had died down and they were a “safe” distance away.

Not the only one

You would suggest that I visit a psychiatrist for what they call GAD- General Anxiety Disorder. You may even be well-meaning to suggest controlled releases of SSRI, just to “relax”. You may suggest me some yoga, some therapy, some breathing techniques or throw some new age Zen koan to my face. Trust me, none of that is the answer. I am not the only one. As women, we are trained to be safe. With our training day in and day out, this is how we show up in your world.

We still manage to outperform you with our menstrual woes, with unequal pay, with lewd remarks, clever emotional manipulations, with omnipresent molestation and of course the trending word these days- misogyny. Just for a minute, imagine what exactly it is to be a woman, and that too a cis-gendered, able-bodied, mentally healthy, heterosexual, upper caste, Hindu woman – in your world. I cannot even begin to deconstruct the marginalized, the minorities or those of us who are “weirdos”.

We have more people on our ‘Blocked list’ than in our contact list. We have to think a lot many things when we get a text or a call before responding. Hell, we have to deliberate exactly how responsive to be. We have to carefully choose the amount of skin we show, the pitch of our voice, the intensity of anger, the level of ambition, the weight of modesty, the burden of values, the sitting, the standing, the laughing… it is exhausting. We have to account for the fact that if anything triggered a man’s ire, lust, rage or ego, there is a battle ahead of us. Clearly, your world doesn’t make it your responsibility to manage yourself. And we’re getting tired of it. Just tired.

This is not just women’s issue. It is your issue too. You’re too far from the human inside of you. You have been bullied and desensitised long enough. Come home to yourselves now. Stop deifying or demeaning women, stop being entitled, stop defending harassment with your hashtags of Boys will be Boys and your #NotAllMen, just stop it all.

Boys will be Boys! Really?

#MeToo is also an opportunity to talk to men in your lives – friends, family, and colleagues. Many of them want to stand up to shitty behavior but simply can’t, because of an overreaction of lewd bullying that denigrates their conscience as being “impotent”, “effeminate” or “smitten”. Whether or not criminals are booked, whether the skeletons falling out of the closet is ephemeral or long-standing, with #MeToo, India has an opportunity to reflect on just how normalized harassment and misogyny is in all spheres of our society.

A chance to understand that patriarchy damages all genders equally – by either victimising or desensitising them into lecherous masochists. A culture which equals being anything remotely “like a woman” as something demeaning, is flawed to the core. It is also why straight men hate and bully gay men, lesbian women and trans people. It is also why men find it impossible to claim that they were harassed without being psychologically traumatized by manly men around them. It is also why the bullied turn into bullies, it is also why our boys grow up to be emotionally unintelligent violent men and it is also why men can’t stand up to the insane pressure of always being in charge, performing and protecting in order to be socially valuable.

It doesn’t have to be an actual rape in order to classify someone as an accomplice or in order to ascertain what went wrong. We are all accomplices- even women. As far-fetched and radical it sounds, unless we start calling out misogyny and sexism for what it is in our movies, songs, daily conversations, in raising children, in “chalta hai” memes jokes and puns. We will forever be stuck in a vicious circle of “boys will be boys” and candle marches when another naked bloodied female body surfaces on our newsfeed. 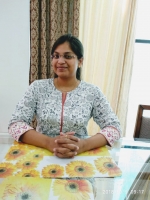 I am working as Deputy Manager in State Bank of India. I have opted for rural posting in Rajasthan in order to be able to understand, engage and serve the people who need public sector read more... 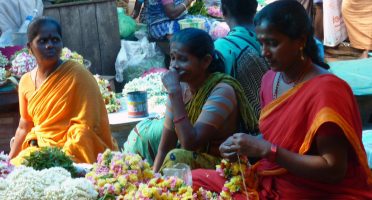