Should Anyone Put Their Daughters Through This Horror In The Name Of ‘Tradition’?

What happens when a girl is taken in for female circumcision (FGM - Female Genital Mutilation)? It is horrifying what some communities put their girls through in the name of tradition!

What happens when a girl is taken in for female circumcision (FGM – Female Genital Mutilation)? It is horrifying what some communities put their girls through in the name of tradition!

You are offered a chocolate, a movie or maybe a day out; they take you to a room, take off your pants, pin you down and cut that part of your body that was eventually supposed to make you experience some of the greatest pleasures of being a woman. In the name of culture, faith, chastity, marriageability and acceptance they cut parts of your vagina with blades or knives. And all of this when you are a young girl of six or seven.

What is FGM or female circumcision?

For those of you do not know, here’s what FGM is.

There are typically three types of FGM in the order of increasing brutality. 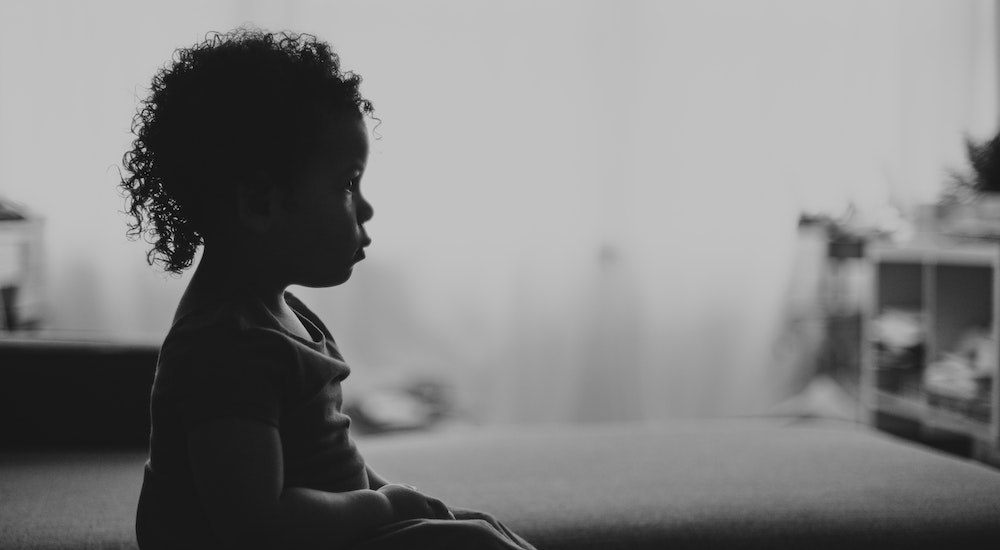 Type I (Clitoridectomy)– This involves the removal of the clitoris. The circumcisor pulls the clitoris with her fingers and chops it off with a knife.  For the uninitiated, the clitoris is that sensitive part of a woman’s body with the sole purpose of deriving absolute pleasure.

Type II (Excision) – This involves the removal of the labia. In most cases, both the inner and outer labia are removed and if you were a curious biology student you are picturing this right now.

Type III (Infibulation) – This involves the “to sew up” part. The external genitalia are removed and the girl sewn closed leaving a 2 – 3 mm opening for the purpose of urinating and menstruation. Such heights of  bizarreness are seen only in parts of Africa.

After one or more of the above messy business, the circumcisor, who by the way is equipped with skills of speed and precision, shows the cut part to the elderly in the family to ensure that just enough skin has been left on the girl’s body. A girl of six is too young to know the enormity of what has been done to her. She finds nothing unusual because her mother has done it, her friends have done it and her sisters have done it.

You’d think that’s the end of the torture. But no, now this girl is opened again on her wedding night either by a midwife with a knife or by her husband by penetrating her. This is done a second time again during childbirth where she is cut open one more time. So then why sew her up if only to cut her open again? And that brings us to the reasons for this horrific culture.

There are no scientific or health reasons to support FGM. The most prevalent reason is culture and faith which is backed by social acceptance, religion, a false sense of hygiene, preservation of virginity, marriageability and enhancement of male sexual pleasure.

The practice is said to have a Portugese origin where it was linked to slavery. Masters were found to sew up female slaves to make them sell dearer in the name of chastity. How a practice associated with slavery came to stand of honor is beyond me. But somehow, it became a mark of virtue. Is it really a mark of virtue? Or is it just a way of controlling woman’s sexual desires by chopping them? Some communities have confirmed this stating that they believed circumcision reduced a woman’s libido resisting the urge to indulge in extramarital affairs. Some communities relate it to beauty as they ‘prefer’ genitals that are smooth, dry and without odor. They find the natural vagina quite repulsive and circumcision is only a way of improvisation. Such communities prefer dry sex and they use certain leaves, tree barks, toothpaste and vicks menthol rub to reduce lubrication.

What people do not realize is that their actions driven by unsubstantiated beliefs have health effects that go long. From severe pain, bleeding, infections, urinary problems and swelling to menstrual problems due to inability to pass menstrual blood, extreme pain during intercourse and childbirth and even psychological problems; the health effects are real.

Dahabo Musa, a Somali woman described the ritual in her poem as the “three feminine sorrows”. The first being the procedure part itself, the second being tear on the wedding night and third being childbirth where she is cut open again. 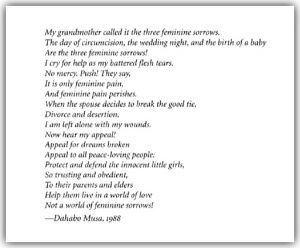 If you think this is prevalent only in parts of Africa, you are wrong. Circumcision is practiced among communities in India as well where it is called “haram ki boti”. The shocking fact across the world is that it is being passed on from mother to daughter. It is carried out by the women in the society. Are they not aware that there are no health benefits to this barbaric act? Do they not ache when they see their daughters shrieking in pain? Yet why do they fear the society? Why won’t they say no? Why won’t they look beyond their daughters’ marriage and virtue? If you are reading this, make an attempt to spread awareness. Let them know that there is no point. Let them know that virtue is overrated. 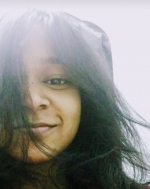 An introvert who loves words and numbers equally. A part time finance professional and a full time over thinker. Wants to travel the whole wide world but also wants to be a couch potato. Writes read more...

Aarefa Johari is a journalist with Scroll.in. She works six days a week, nine hours a day and plays the violin in her spare time. But this is not why she is talked about. Aarefa loves to spend her time campaigning and raising her voice against the practice of FGM among the Bohra community. The practice of circumcision comprises procedures that involve partial or total removal of the external female genitalia, or other injury to the female genital organs for non-medical reasons. The World Health Organization (WHO) recognizes it as Female Genital Mutilation (FGM), a violation of the rights of girls and women. Sahiyo and Speak Out on FGM are raising their voices against Female Genital Mutilation (Khatna) today, 6th February, on the International Day of Zero Tolerance for FGM.