As parents, we make sure that our twin daughters do not have certain elements of a modern lifestyle in their life. I hope, that we are doing good by them.

As parents, we make sure that our twin daughters do not have certain elements of a modern lifestyle in their life. I hope, that we are doing good by them.

Every parent would want to give the best possible childhood to their children. We are no exception, trying hard in our own way, unsure and wavering, but trying nevertheless to better our understanding of what parenting is. Sharing with you, in no particular order, what my twin daughters are not having in their life, at present. Some of these are well thought out, calculated decisions, whilst some are inadvertent.

A WIP decision, so as to say. Our daughters are 3.5 years. My wife and I believe that they currently belong to their home space. They are on familiar ground, exploring and learning at their own pace, adequately engaged and occupied.

Eventually, they might go to school. When and where? We are taking six months at a time to get to that, and are not in a hurry at all on that front. One thing we know for sure is that we want them to just enjoy their childhood. Whenever we go out or have people over, we are often bombarded with advice as to how much damage all of this will cause to our kids. More on this later.

We haven’t had a television in our life ever since the twins were born. The result – our twins are growing up without TV. They do know about its existence; they get to occasionally check it out during their social visits, and hospital visits where it is perpetually on. Thankfully they aren’t asking for it as yet.

This is a conscious decision.

We know that girls are growing up to be a part of a society which promotes consumerism in every possible way. Why do they have to know now – which detergent powder to use, which toothpaste to use, what clothes to wear and so on? I do not like ‘Pester Power’, the term used by advertisers to manipulate children and their thoughts. I hate advertisements which show children vouching for a product. I googled and realized that there are countries that ban advertisements aimed at children, but as is the case in India – yahaan sab kuch chalta hain.

Since we began shopping for our daughters, we have had to buy two sets of everything to keep things separate and to ensure easy identification. Thanks for this, we were saved from the deluge of PINK. But soon realised that the only other option was Blue. The omnipresence of Pink and Blue across all kids’ stuff is just nauseating. I suppose that the gender stereotyping starts right from birth. Our girls have a right to all the colours of the rainbow – if it means getting them to paint their stuff in colours of their choice, getting stuff tailored and customised for them, then so be it. Our twins are not dependent on any colour for the identity of their gender.

No Lays, No Pringles, No Cheetos, and No Kurkure. No Soft drinks, no canned fruit juices either. The twins thrive on homemade snacks and resort to packaged biscuits, candies, chocolates and ice creams occasionally. They love their sugarcane juice and lemon juice – fresh.

I have never used one, my wife has got two. The girls have been told that they are free to use their father’s phone, but not their mother’s, and somehow they seem to be at peace with this rule. So, they speak to their grandparents and extended family, all on a feature phone. They are well aware that one can watch videos and video call on the smartphone, but they have never shown any interest whatsoever in picking up the smartphone. So far, so good.

This is an unintended one. Not going to a playschool, not having kids of their age in the apartment where we live, not having a park or a garden or any open public space nearby within walking distance has led to this. We are still figuring out a way out of this on a daily basis.

Wife used to be a movie buff, but after being married to a person for 11 years, who cannot sit through a movie, she has lost interest. My kids have until now not been to a cinema hall to watch a movie.

Friends and cousins cry foul, they strongly recommend that we should initiate the kids into this at a young age otherwise they will find it difficult to handle the sounds and lights at a later date. We don’t think the girls are missing out on anything significant in their life on this count. When they are old enough, they could decide for themselves.

Girls are growing up seeing their father at home and their mother going to office daily. Till now, it has been fine as their socialization has been fairly limited. We are, however, not sure how they will respond once they figure out the general norm in other families, as they grow up. And yes, they do want their mother to stay with them at home, on a continuous basis.

Have never really understood the concept of going to a mall for recreational purpose or for anything else. We do not go to malls – simply put; it is not a day well spent or so much awesome.

Not sure how these omissions from their life are going to impact them in the days to come – good/bad/somewhere in between?

What are the things that your child is growing up without? 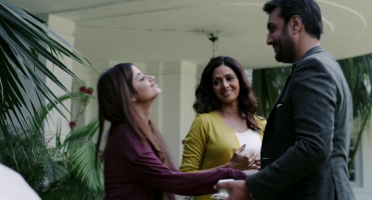 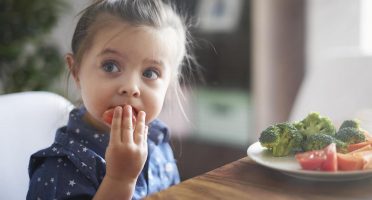 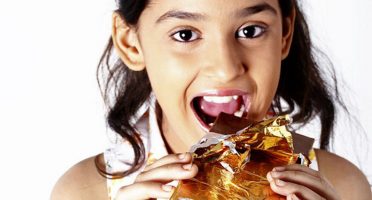 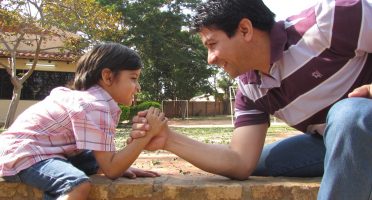 Some Surprising Advice On How To Be A Man - And It's Not What You Think!