She was not an indigenous Indian per se. Her antecedents of diverse faith and races are all well known. Yet destiny or fate had willed that she would attain fame and glory in a country not really her own.

In an era when women hardly stepped beyond the cloistered atmosphere of their homes she became a conspicuous figure in the realm of dance and music. Her mellifluous voice ignited passions in men’s hearts, set their pulses racing. Her life and times coincided with the glorious phase of India’s Tawaifs – women associated with the entertainment industry unlike homely women for whom such pursuits were taboo.

Yes I am talking about Gauhar Jaan who is more popularly known as the ‘First Recording Superstar’ of India. Her enigmatic persona, coupled with her talent and her idiosyncrasies, are etched forever in the minds of true blue lovers of Hindustani  classical music.

On 26th June 1873, she was born as Angelina Yeoward in Patna, Bihar. Her father William Robert Yeoward was an Armenian Jew by birth and an engineer by profession. Her mother Victoria Hemming was the child of an Indian woman and her British (Christian) husband. The family lived in Azamgarh (U.P) till she was about six years old.

Victoria, who was well trained in Hindustani classical music and dance, got involved with a Muslim nobleman, Khursheed. This resulted in her divorce in 1879. In 1891 Victoria accompanied by her in daughter and Khursheed, moved to Varanasi/Benaras where her musical career began to flourish. Shortly afterwards she along with her daughter converted to Islam. She assumed the name Badi Malka Jaan while Angelina was re-christened Gauhar Jaan. 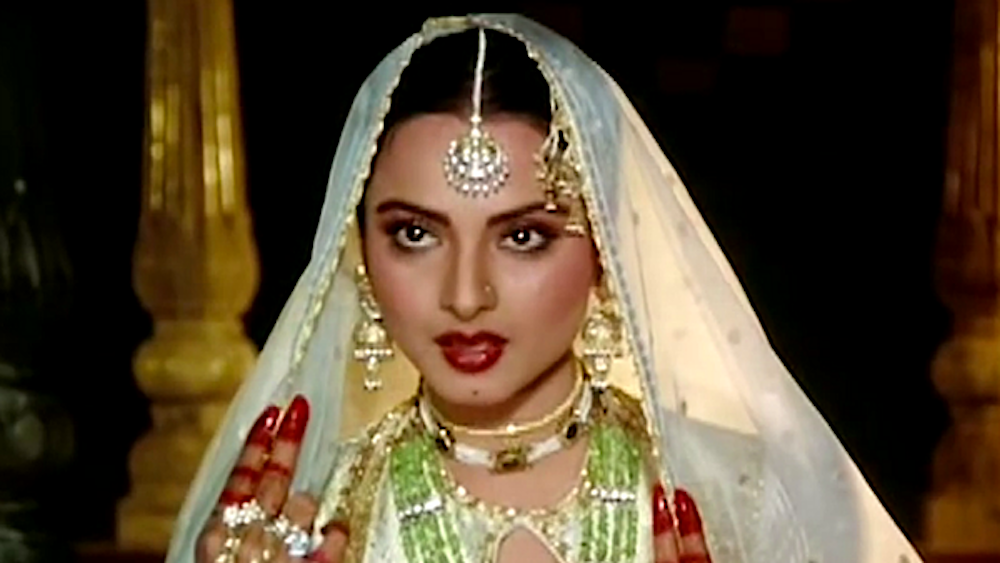 The Quintessential Umrao Jaan; Only Rekha Could Have Really LIVED This Role! 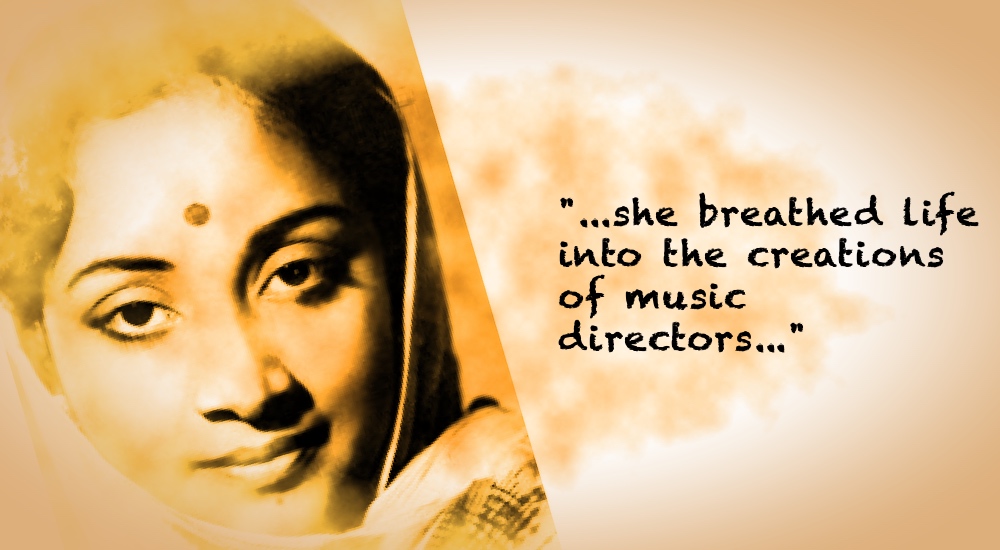 A Tribute To Geeta Dutt, The Sensuous Voice Of The 50s Bollywood Music

To explore further avenues in her career, the mother-daughter duo moved to Calcutta around the year 1883. There they began to learn vocal music from the renowned Kale Khan of Patiala (a.k.a Kalu Ustad) besides kathak dance under the tutelage of Ali Bux. The young girl also got an opportunity to learn music and dance from many other contemporary maestros like Ustad Wazir Khan (Rampur), Calcutta’s Pyare Saheb and Maharaj Bindadin, a doyen of Kathak (Lucknow gharana). She learnt Bengali kirtans from Charan Das while the noted singer Srijanbai coached her in dhrupad and dhamar styles of vocal rendition.

About the time she was fifteen, Gauhar made her debut in the arena of classical dance and music. The venue was the court of the Maharaja of Darbhanga Raj.

As the story goes, hundreds of thousands of local inhabitants gathered at the royal court to hear her sing and to catch a glimpse of her proverbial beauty. The function was a grand success. The Maharaja was so impressed that despite her minor status, he appointed her as the court singer.

A few years later, around 1896, she finally decided to return to Calcutta and settle down there. She danced in public, which earned her the sobriquet of ‘The First Dancing Girl.’ Gradually she evolved as a leading exponent of the khayal, dhrupad, and the thumri. In fact her renditions in khayals were so incomparable that India’s renowned musicologist Vishnu Narayan  Bhatkhande (who wrote many treatises on music) hailed her as the most outstanding female khayal vocalist of the country.

The year 1902 was a turning point in the annals of Indian classical music. For Gauhar Jaan too life would never be the same again. That year the Gramophone Company Ltd approached her, asking her to record a series of songs for them. She accepted. And then there was no looking back.

On 2nd November 1902 she cut her first record – by singing a khayal based on  Raag Jogiya. After the song ended she spoke into the instrument with a brass horn, signing off as “I am Gauhar Jaan.” This became her trademark in future! She soon attained fame as the first ‘recording star’ of India. Between 1902 and 1920 she recorded more than 600 songs in languages  as varied as Hindustani, Bengali, Gujarati, Marathi, Tamil, Arabic and more.

Gauhar transformed the way music was practiced in India. Her voice, which became familiar countrywide also found its way to other countries. There are interesting accounts of how her telltale face with the joint eyebrows became commonplace on picture postcards and matchboxes in Europe. At the pinnacle of her career she charged Rs 1000- 3000 as nazrana (fees) per sitting! In December 1911, she got an opportunity to perform at the Grand Durbar in Delhi, celebrating King George Vth s coronation. This was another milestone for her.

As Gauhar Jaan’s popularity and success reached a crescendo, she desired to be the cynosure of all eyes, and flaunted her riches. F. W. Gaisberg, sound expert at the Gramophone Company had chronicled how, she always came for recordings, wearing resplendent dresses and exquisite jewellery; moreover she reportedly  never repeated either her attire  or her jewellery at any point of time. Her Calcutta residence was the epitome of luxury and comforts. During her heydays at Calcutta she reportedly charged Rs 1000-3000 as nazrana /fee per sitting. It was indeed an astronomical figure in that bygone era! She had a penchant for swanky cars and  luxury carriages. She was so besotted with horse racing that she would often quietly slip away to Bombay to watch the races.

Gauhar Jaan was a spendthrift .She squandered away her resources for silliest of reasons. There are famous anecdotes about she spent Rs 1200 to celebrate the marriage of her pet cat. Yet another story narrates that she spent Rs 20,000 rupees to throw a lavish party when the same cat had her first litter of kittens! On one occasion, when she had to travel to  Datia (M.P) for a programme, she demanded a special train, in which her entire staff – cooks, private hakeeem (physician), washerman, barber, and scores of servants –  travelled with her!

Delving into history, we discover that three men played key roles in her private life.

One of them, Nimai Sen, a zamindar perpetually bestowed her with lavish gifts. She lived-in with Amrut Vagal Nayak, a noted actor of the Gujarati stage. Unfortunately their harmonious relationship was disrupted by Nayak’s untimely demise. Later she was also into relationship with Saiyad Gulam Abas, her tabla accompanist who also doubled up as a personal secretary. She was briefly married to him, though he was ten years her junior in age. However his adulterous ways embittered their relationship and they separated.

However, all good things must come to an end. In the 1920s, after Gauhar Jaan was past her youth,  her career as well as fortunes went on a tailspin. Her kinsfolk swindled her on diverse pretexts. To add to her woes, her former husband got her entangled in various litigations. This was his revenge.

To get out of the imbroglio, she had to pay through her nose, and virtually ended up penniless! Seeking change, she bid goodbye to Calcutta which had catapulted her to fame. In 1928, Mysore’s ruler Maharaja Krishna Raja Wadiyar IV offered her the position of a palace singer, along with a modest pension. For nearly eighteen months she led a quiet but lonely, cheerless life until her demise on 17th January 1930. With her ended an epoch of talent, glory, fame, and passion.

Gone, But Not Forgotten

All students of Hindustani classical (vocal) music silently pay their tribute to this Diva, who boldly dared to go where no woman had gone before…

women in cinemawomen in history 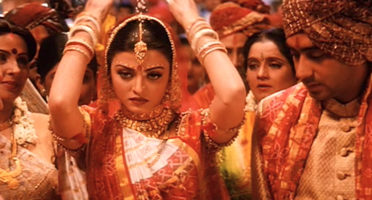 Illogical, Thoughtless, Outdated Wedding Rituals Like These Are… Appalling Today!

View All
How To Become A Data Scientist In India
Divorce Rights For Married Women In India - Legal Rights 101 With YourInstaLawyer
No More Guilt: Exploring The Ways In Which You Can Shed Mother's Guilt
Steps To Landing Your First Writing Job - Want To Be A Content Writer?
What Are The Essentials Of Being A Good Content Writer?
Women At VMware - Meet Ipsita, Inside Sales Representative At VMware India
Crime & LawSocial Issues

Blaming The Victim, Paving The Way For The Next Victim 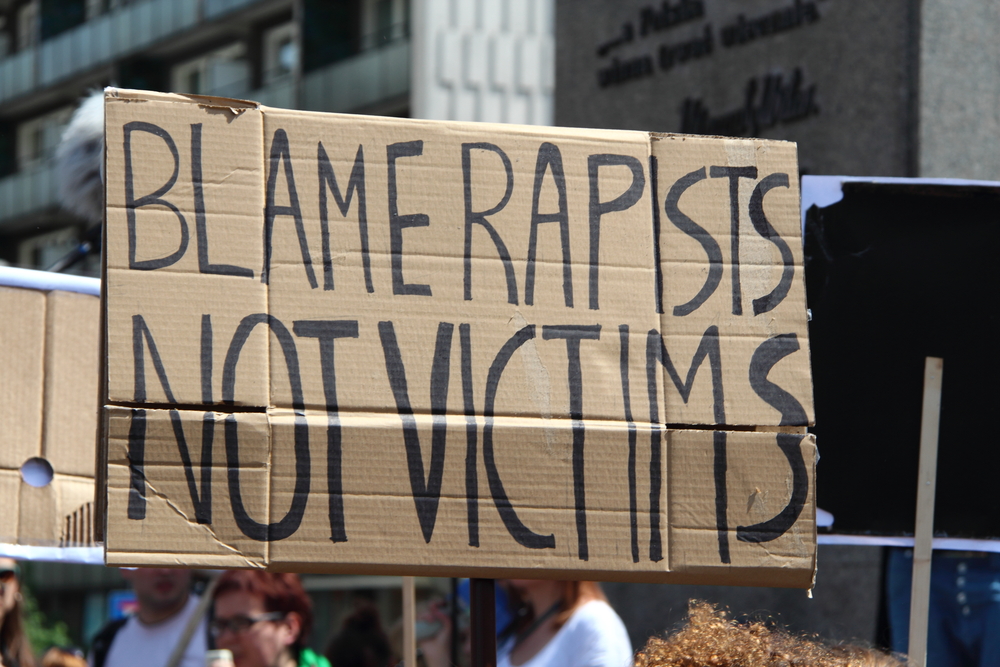 And it happened again. It wasn’t unexpected, was not at all shocking, was neither a surprise nor something that makes the mouth hang wide open. All it did was add to the feeling of disgust, contempt and loathing that is already present in the minds and hearts of a large number of people.

Book-to-movie adaptations are hardly a new thing in Indian films, and as such has been practiced extensively in the past century of Indian cinema.