Sexist jokes make a huge chunk of WhatsApp forwards by both men and women. But precisely WHY are they considered funny? A hilarious post, tongue-in-cheek post!

Sexist jokes make a huge chunk of WhatsApp forwards by both men and women. But precisely WHY are they considered funny? A hilarious post, tongue-in-cheek post!

Today morning, on Whatsapp, I received one of those husband-wife jokes.

Husband: I need one of those Diwali fire bombs.
Wife: Why?
Husband: Why, to break the laddus you made for Diwali!

Every week, a few of these pop up in my Whatsapp inbox, and every time, I fail to understand them and laugh appropriately. I know what you are going to say – “Stop taking them seriously, woman! Grow some sense of humour!” Believe me, I tried! I even cracked a similar joke, see?

Wife: I need a soundproof purse.
Husband: Why?
Wife: Why, to spend all the coins you earned as salary!

To know if it worked, I showed it to my husband. His response was – “Hahaha, are you done?” Basically, he meant to say that it was not funny.

There was a certain kind of wisdom to that. So I started analysing. I took all the jokes I had received and started finding trends.

Fortunately, that was easy. More than 90% of those jokes were on the ladies. Broadly, they talked about how wives looked ugly, cooked horrible food, bossed over husbands, spent the husband’s money, made his life miserable, and otherwise broke the wishful harmony that marriage could be.

While the categorisation was uncanny, it didn’t help me. I went over to the husband again and asked him to throw light on this. But he didn’t seem to think it was such a big problem. “They are just for fun, sweetie! Don’t take them seriously!” He intoned. “But why are they fun?” I urged, to which he said, “Never mind, honey, it’s not all that important.”

Well, it was sort of important. You see, all those nasty thoughts from the earlier time had already started creeping in. Maybe I needed help. Maybe I needed to see a doctor. Before I could find more possibilities, however, the ex-researcher in me woke up again. “What’s wrong with you, woman? Follow the basic tenet of science! If analysis doesn’t help, experiment!”

As earlier, this was too wise to be ignored. So in a bid to experiment, I gathered the most popular h/w jokes I knew, and flipped them around. On the husbands.

Here’s what I found.

As you can imagine, I was flummoxed. As always, I went to my husband and asked him what this meant. You should know that unlike me, he is a man of varied talents, including, but not limited to, understanding jokes and philosophical things.

With a grave face, he looked at all my findings and commented – “I am not surprised.”

“I know.” He said, wisely. “Because all the men jokes are true.”

“Yeah. Don’t you see – women don’t really beat their men with belan. But men sometimes beat their wives – it’s called household abuse or some such. You won’t know.”

“More or less.” He said. “Husbands almost never wash utensils in India, only wives do. Husbands also boss over their wives a lot in India. And didn’t you have a maid who had an unemployed, drunkard of a husband? And men do often take the more important decisions of the house here. Don’t you always complain that the salesman never talks to you while selling washing machines?”

“That is true!” I exclaimed in wonder.

“Yes,” said my husband smiling. “And that’s why it’s not funny. True things create true feelings, so they cease to be funny.”

I, of course, found that sentence too long. All I could understand was – “False things are funny.”

“Not really. No such rule.” He said, his brow furrowed.

“But all the women jokes are false! You just said so!” As you can imagine, I was overwhelmingly confused now.

Even the husband was silent for a minute, before he said, “There’s something else at work here, I think.”

“Perhaps it is human tendency to cover uncomfortable truths under a veil of humour. It’s a psychological thing – they say that the funniest joker has a sad story of life.”

Now that was two long sentences. And the husband, clueless of my situation, went on. “It’s quite an interesting study, now that I look at it. Maybe men, unknowingly, crack them to emphasise how powerful women can be – it is an automatic response to shame! And women – women crack them because they are chronically over-expectant of themselves! Most high-achieving women suffer from the Imposter’s Syndrome, you know. It fits! It totally fits!” So excited he was, that I decided to hold my questions for a while. You see, I didn’t share his excitement – I still hadn’t understood the joke.

It’s been days, and I am still trying. I even posted it here, hoping someone will explain it to me. Everybody, however, seems to think that my husband’s discovery is more interesting than the joke itself. I, of course, have no idea why. 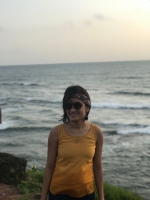 Born a bookworm, trained as a chemistry researcher, grew up to be a business professional, with some writer on the side. I firmly believe that all problems reside inside, and so do their solutions. read more... 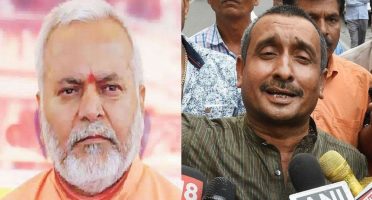 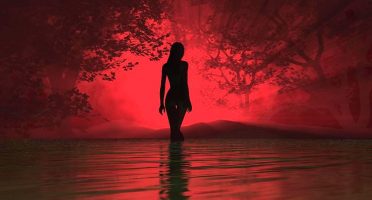 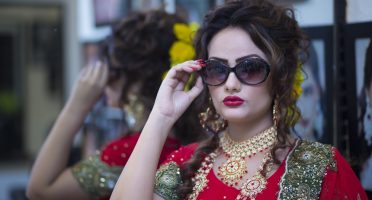 So Unfair! Why Do Only Girls Need To Leave Their Parents And Go To In-Laws After Marriage?