Parents Worry That Sex Ed For Kids Will Cause Risky Behaviour, But That’s Not True

Talking about sex is considered a taboo in Indian society. But it’s time we stop emulating ostriches and get our head out of the sand. Let’s push for sex education.

It is of no surprise that most Indians keep their views about sex private. Why? Because if they talk about sex or anything related to sex they will be labeled as a “characterless person”. And that women have to be more careful about it as Indian women are ‘supposed to’ be asexual until they get married as it’s a matter of ethics and moralities. Yes. It’s true! Our culture wants us to be sexual only when we enter the institution of marriage and for the purpose of procreation.

Many people still hold the belief that sex is a crime or sin if done before marriage. Is it so? In ancient times, open relationships and polygamy were accepted easily. We have read about having multiple partners, propagation of open sex, etc., time and again in many religious texts.

We avoid talking about sex so much that suppressed sexual desire comes out in unpleasant ways like brutal rape cases, child abuse, harassment, molestation, and lack of safety for women. And I don’t see any decline in any of these delinquencies. So, why can’t we talk or discuss sex openly to enhance our knowledge and also to avoid this kind of suppression?

When it comes to sex education in India, the government just ignores it, schools do not pay much attention to it. However, a few schools have added sex education in their curriculum. What is more absurd in India is that where Khajuraho, known as the land of sex temples, is open for worship, and movies and documentaries are made from its sex sculptures and images, discussion on sex, on the other hand, is considered morally disgraceful. How weird is that?

Sexuality in any form has been really ostracized in the 21st century. People actually need to understand that sex has been a part of our culture since ages and it is a sacred part of life not just something to be frowned upon.

This is 2018 and we still need to explain that talk about sex is natural, you don’t need to grow up or be adults in order to know about sex. I feel even the kids should have enough knowledge about sex. This can be one way to decrease the rate of child rapes and abuse.

The importance of the knowledge of sex, its influence on social and cultural life, and as a tool to get over many physical and emotional inhibitions has never been understood clearly and its essence has been never understood. I feel people need to change their perception regarding sex now.

Sex is not dirty, but people make it so, as they are not aware about many nuances. They are embarrassed to ask about it. They have blindly accepted the explanations about sex that they were taught when they were kids. It’s actually high time we speak about sex openly and undo its taboo tag, making it an ‘acceptable’ topic. Society needs to understand that sex is something natural, and sex education does not lead to more sex, but to responsible adults who are literate, self-expressed, and open. Society needs to be more accepting. Why just giggle about it and it’s a physiological need after all, after roti, kapda, and makaan (food, clothes and shelter).

People also need to understand that marriage is not a license to have sex with a woman. Even after marriage a man or a woman might not be comfortable having sex. So you need to give time, and show respect, and be responsible. And also remember, sex is not a duty, it’s an act to connect with your partner, create bonding with your partner, foster emotional and physical intimacy with your partner. Sex has a deeper meaning!

Image source: a still from the movie Raazi 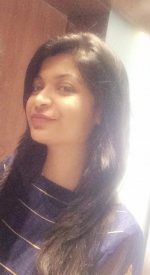 Let’s Talk About Sex! The One And Only Guide On How To Do It

Sex-Ed In India Needs To Move From ‘Protection’ To ‘Consent & Pleasure’; 5 Ways We Can Do This

Dear Amma, I Need To Talk About The Place Of Marriage And Sexual Desire In Our Lives