7 Reasons Why I Won’t Agree To A Traditional Indian Marriage!

The traditional Indian marriage has so much that is wrong for women, that has no place in the 21st century, but persists despite everything. A funny look at this.

The traditional Indian marriage has so much that is wrong for women, that has no place in the 21st century, but persists despite everything. A funny look at this.

I pledge to remain unmarried. Not because I want to die a virgin. But, I dread killing myself, strangling on wedlock.

The traditional Indian Marriage, I feel, is like the advertisement of fairness cream – it makes you purchase it with high expectations; but once you have used them,…!

For those who claim they are happily married: I seldom find people (especially women) who are happy married. Now don’t think that this is another ‘femininazi’ penning down plagiarised thoughts. Let me cut the crap and cite my reasons.

When proposals pop in like mushrooms in a soggy forest, girls are expected to behave (rather act) mature. A girl who looks like a 12th grade child is made to do everything under the sun to make her look ‘hot’. In similar way, even if you have been plus sized all your life, you are expected to turn lean overnight.

Above all, till then you were expected to be like a prayer recited in a church, known to all as holy and divine. And now, when a guy comes to ‘check you out’ (it is a situation where the guy checks you out, no shit!), you are expected to send radio waves and turn him to your frequency. One has to sit beside ‘the man of the day’ and serve tea like a geisha, flash an innocent smile, answer a few questions and touch the forehead half a dozen times like you have never sat face to face with a full grown man. The session will end with a cheesy smile and an ogle.

Later you will have to stand like a mannequin amidst a score of judgemental aunts, dressed in glittering sarees that resemble pyrotechnics during Diwali. They would compare you with their salad days like drawing a column of differences between Mallika Sherawat and Helen. Towards the end, the verdict would be not bad, neither good.

Next they would slip on to educational qualifications and every uncle would have a point to make. They would do this artistically by sipping the coffee and emptying the snack racks. Towards the end, a statistical analysis would infer that the girl is lucky to have this boy.

After all the above mentioned rituals, you will get to go to the ‘marital home’, a strange new house which would be tagged as yours (even if you dislike it). It’s like getting a tumbler free with a tea dust packet – but here, you are not allowed to touch the glass. Everything is new from the aluminum pressure cooker to the nude man lying beside you, who would be acting so strange and giving an impression that he is researching to find a counter theory for relativity.

Your maiden name is cut off, family name replaced. It’s like learning alphabets from the beginning and still all say it’s normal.

Marriage will turn you from a tigress to a caged tigress. Your husband would be like a CFL tube lit when he praises his colleague’s pink t-shirt; but would never give nod of approval even when you are unanimously declared as hot by all. Your favourite outfit would lose its place in your wardrobe and it would be piled with unmanageable sarees.

You, who may be the best performer at your workplace, are expected to excel in bhindi fry (lady’s finger) making. In spite of turning the mid night oil for years and securing laurels, Phds, and finally a job, you will be expected to keep an account of what you spend (from your own salary) and report it to your husband who wouldn’t even have a clue of how much he spends on cigarettes per day.

What’s sauce for the goose…

Your husband may be a drunkard who drinks all the time. If at all in the intimate moments after love making (a rarity), you would reveal a story where you enjoyed a chilled beer with your buddies at college or you dared to take a sip from his drink when he was sleeping, the holy man would then give a shocked look at you like you have a broken the halo around your head.

The very next day, a bunch of relatives would arrive and start a detailed study on your character and past. The inference of the study along with some cooked masala would be the spice for all upcoming functions and tea parties in the next couple of months, or may be years!

Later when you set pace with your married, life and added luxuries, you would be marked in red if you initiate a play. Even when you are warm inside for carnal desire, never dare to hint it through gestures. Mind you, you may land in trouble. Your expected role is to be a play doll, and express joy even when your mate ends the match abruptly and turns over snoring like a pig.

Last but not least. Never would one be able to express openly what is in her mind. Repression and suppression would be the best defense mechanisms to adopt if you ever dream to be an ideal wife.

Happy married life to all those who decide to take the plunge! 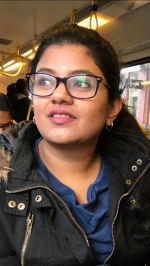 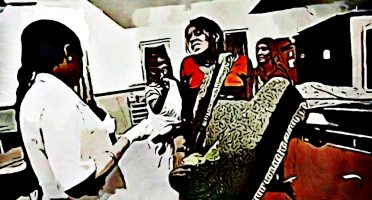