We take our parents for granted, looking forward in life, instead of taking the time to look back and spending time with them. Don't do that, says this heartfelt post.

We take our parents for granted, looking forward in life, instead of taking the time to look back and spending time with them. Don’t do that, says this heartfelt post.

Oh parents! How they are like the brightest star in the darkest night guiding us through the thick and thin of life, and how much we take them for granted. How much we assume that there is always another day to make up for the time we didn’t spend with them. How much we think or rather don’t think that their time with us is limited.

Ours is a love marriage and my husband is my closest buddy. When we declared our love for each other, our families embraced the news and arranged our marriage. Everything was going better than one could have ever planned. My parents-in-law were in another city and they would often request us to come over weekends to spend time with them. Though we would visit them as often as possible, we were hard pressed for time because of our work, and then – don’t you always have the next weekend to see them anyway?

Around that time, the job market went down and we had a lot of pressure in retaining our roles. This took a toll on both the quality and quantity of time spent with parents, but parents, like the way they are, were very understanding and supportive all through this phase. The job pressure would often result in fights over trivial things at home, and my husband and I would make each other’s life miserable. My father-in-law would add a new perspective to the very way we would see things; he would always emphasize that our ‘love’ and ‘relationship’ is what is permanent, and should be nurtured while the fights and the pressure are just temporary and would pass with time.

I vividly remember that eventful day, in fact at that very moment, my husband and I were having a heated argument over purchasing something which wasn’t an absolute necessity given the financial scenario. My husband’s phone rang and all I could make out was – the news is terrible, but I could not even begin to imagine what it was. His parents had just gone to visit their elder son and his wife, as they were on the family way. It was just 11 weeks ago that we had happily seen them off at the airport. They were excited like little kids when they landed in Australia. They were going to be grandparents soon. We all had plans, many plans ahead….but none that included this event.

My father in law, who had no history of any health conditions, suddenly got an heart attack. And it was in Australia, where they were, far away. The ambulance and medical team arrived immediately and yet he could not be revived. I still remember my husband breaking down and asking in disbelief to his brother “what are you saying?? what the hell are you saying?”

Until then life was pretty much carefree, we could be silly, we could fight, we could run away from responsibilities, we could while away the time… we had our parents covering our back. Overnight, reality hit us like a slap on our face. Our father was snatched away from us. We were prepared for anything but this. Overnight we matured. We had no choice this time.

I saw my husband suddenly metamorphosing into a man that his father would be proud of. That was the only thing he wanted, to make his father proud. He didn’t break down; his actions were that of a determined pre-programmed robot with a mission, mission to send off his father to the other world.

The day they took him for the final funeral ritual was the day it dawned on my husband, that this is it, this is how it ends, his time with his father. The father to whom he would run for everything from financing him to share his life’s problems, the one who had always stood beside him during his struggling times. How he wished, he had some more time with him. He wanted to show the world to him, he wanted to take him to places, he wanted to tell there is nothing to worry and that he would be well settled in life, but above all, how he wished he could get a chance for a proper farewell  But ‘time’ is cruel.

Today – 9 years later, not a single day goes by without us remembering our father in some context or the other. We are well settled now, with two wonderful kids, but the one thing that we miss is our dear father.

Readers – Please don’t take your parents for grated, Shower them with love, don’t be shy. Take them to places, show them the world, the way they first taught us. Lets not wait for mothers day or fathers day to celebrate and show our love and gratitude to them. Lets celebrate each day like its a blessing. It is indeed a blessing when we have our parents with us.

For now, lets just say, a woman who wants to speak her mind. read more... 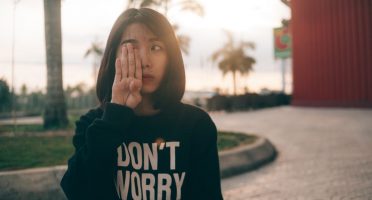 Life Is Not A Race - A Poem, A Moment Of Reflection 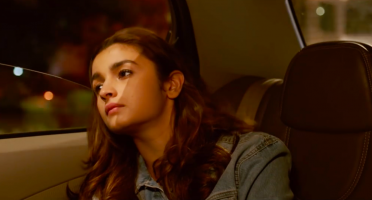 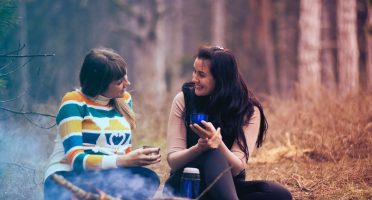 I Lost A Dear Friend As We Kept In Touch Only On Social Media, Not Real Life 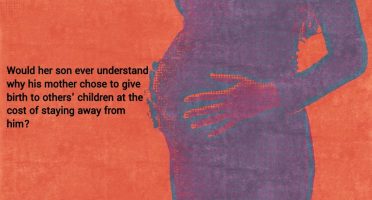