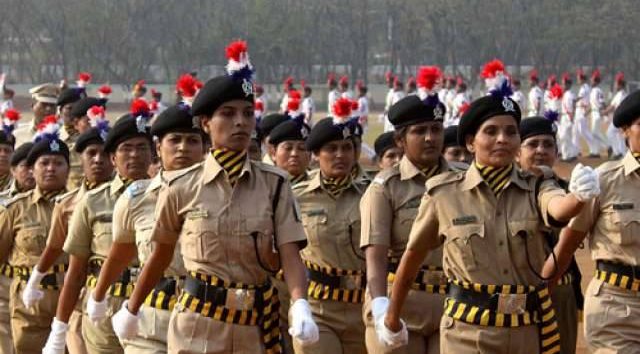 300 women constables have been added to Patna’s police force. This step will go a long way in initiating the participation of more women in police forces.

In a commendable move, the city of Patna has added 300 women constables to their police force. This is a positive as well as a much-needed step and the city has definitely shown that it cares for its women citizens.

Many advantages of having women cops

There is a dire need for more women in both law enforcement as well as legal departments of our country. At times, a lot of crime goes unreported as women are embarrassed to re-live their trauma in front of male police officers. Women cops have been known to be more sensitive when dealing with such situations. Survivors are also more comfortable when talking to women about their trauma. Hence, this will definitely ensure that crimes are reported and perpetrators do not go scot-free. Apart from this, women are also known to handle issues without using excessive violence.

Small percentage of women in the police force

However, overall there is a very small percentage of women in our police force currently. The main and most glaring reason is the chauvinistic thinking that this is a ‘man’s job’.  The physical ability tests are also designed to favour men rather than women. There are only a miniscule number of women cops who have risen and managed to get the top jobs. All these factors contribute to skewed numbers.

As per 2011 census, India has only one female cop for 3,565 women. What’s more, several states have no reservation for women in their forces. Though steps have been taken to improve these numbers, they have not been very effective.

In 2013, the Ministry of Home Affairs repeated that the target of 33% reservation for women in the law enforcement unit had to be met. Recommendations were made that each police station should have at least three women sub-inspectors and about ten women police constables to ensure women help-desks are staffed at all times and no complaints go unanswered.

In 2016, the ministry once again saw the need and proposed creating Investigative Units for Crimes against Women (IUCAW) at police stations, especially in districts which were known for sexual crimes.

Mindset has to change to bring more women in police forces

But inspite of all these suggestions, the number of women in our law enforcement unit is abysmal. Many women fear joining the force as they believe that it’s a man’s world and they will not be able to rise or do well in it.

Delhi Crime: This Gripping Series On Female Cops Begins With Nirbhaya But Goes Beyond

How Many More ‘Incidents’ Will It Take For Women’s Safety To Be Taken Seriously?