Financial Feminism is the key to real change - here is a lucid explanation of how Indian women can go about achieving it. Find out.

Financial Feminism is the key to real change – here is a lucid explanation of how Indian women can go about achieving it. Find out.

Being an alumnus of a widely recognized feminist college, Lady Shri Ram (Delhi University), I consider it a part of my core sensibilities. Once I got this burning interest in personal finance, it didn’t take long for me to realize that Financial Feminism is a key area to really bring about change.

What is Financial Feminism?

Wikipedia defines feminism as – a range of political movements, ideologies, and social movements that share a common goal: to define, establish, and achieve political, economic, personal, and social equality of sexes.

Taking forward from this, financial feminism is probably one of the more evolved frontiers that feminism is yet to breach fully. Granted, we have come a long way in a multitude of other human rights when it comes to women, but what about personal finance?

When I started researching for the term financial feminism, the one name which crept up most often was Sallie Krawcheck, founder of Ellevest. Sallie is a former Wall Street investment banker, who is now crusading for financial equality, education and investing for women through her firm Ellevest. Considering her high profile, she has been quoted at multiple places about making 2017 as the year of financial feminism.

While I think Sallie Krawcheck is doing a fantastic job of giving voice to this important concern of financial feminism, I think in this narrative we run the risk of simplifying the concept, which in my view is far more complex. To me, financial equality is not synonymous with financial feminism but is only one of the components in it.

The first two are where society plays a larger role but in the last 2 aspects, it’s us women who need to grab the opportunity and get that equality that we so crave for.

Just recently I got to know that financial inclusion of women is a struggle not restricted to India. Until the Equal Credit Opportunity Act was passed in 1974 (making it illegal to discriminate on the basis of gender, race, religion and national origin while giving credit), women in the US could not apply for a credit card of their own without a long list of questions!

In India, the gender discrimination when it comes to finance, is social and legal. Too many of our women do not have the documents necessary to open simple things like a bank account, and a lot of them face a wall of family opposition in getting access to basic financial products. A majority of women are still not even included in any financial decisions of the household. Money is still a male-dominated bastion in India.

In this respect, the Pradhan Mantri Yojana (Prime Minister’s Program for People’s Bank Account) has taken great strides. As per an InterMedia research, in the year 2015 alone, 77 million women were added to the banking system. This raised the penetration of bank accounts among Indian women to 61% compared to 69% among men.

The real question though is, how many of these accounts are still actively operated by those women?

One of the most widely known aspects of financial gender inequality is the wage pay gap. It’s no secret that the “glass ceiling” is not a myth but really does exist. On a side note, that is something I always used to think about whenever I looked up to see the literal glass ceiling in my previous office!

As per the Global Wage Report 2016-17 of ILO (International Labour Organisation) India suffers from huge gender pay gap. India has among the worst levels of gender wage disparity (men earning more than women in similar jobs) with the gap exceeding 30%.

Women don’t just suffer from a pay gap but are also poorly represented in top management in India with only 15% of them finding a place. Only 4 of the 100 CEOs of the top 100 companies listed on the Bombay Stock Exchange are women!

Diversity needs to be a more important point on the agenda in Indian corporates. From being just on paper to actually being implemented, we still need to traverse quite some distance.

Now for the part which might not win me any popularity contests. In these two aspects, I strongly believe women need to take their own strides and leave behind any social conditioning that has been at play for decades.

Financial Independence for women essentially means not depending on anyone, even the loving men in your life, for your financial needs.

I do understand the need to be a housewife in some instances. However, having and operating an individually owned single account holder bank account is a basic that every woman should aim for, including housewives. Yes, banks can come across as boring and intimidating. Been there, felt that way.

However, Financial Independence and money management is a basic survival skill today.

Outsourcing all things money to the men in our lives is an easier option. In this case, I urge you to make a few efforts and not just take the easy route out.

What if you feel trapped in your marriage? What if there is an unforeseen situation where money is suddenly required? What if you want to indulge in a bit of self-care or splurge, which the men might not understand? What if you are in a job that is a cause of stress? What if your husband has a tendency to be a spendthrift?

Honestly, I could go on with the what-ifs but I am guessing you get the drift. Start your financial independence movement with a simple bank account that you alone have access to. If need be, keep the details with your loved ones for emergencies, but the only decision maker on that money should be you and you alone.

I am sure all of us here agree that money gives us power. If we want that power for us, we do need to buck up and be responsible with our money as well.

If we expect men to “share the load”, is it really fair to not want to share the bounty? I have seen enough households where men indulgingly ask their wives to keep the money they earn as pocket money. I am going to be blunt – that is demeaning and non-empowering all at the same time. I am also not in favor of so many women who happily flaunt the dialogue – “His money, our money. My money, my money”.

One of my ex-colleagues once told me how her husband insisted on paying even her individual credit card bill for her. In my opinion, if your spouse is trying to be financially indulgent with you, rise up and put a stop to it. It is like spoiling a child – you might think it’s a display of your love, but what you are really doing is setting up the child for failure.

Money has a purpose and when not used for it but simply as an indulgence, what is the point? How do you then learn the balance between spending and saving? How do you learn the character building traits like restraining spending desires, or even minimalism that money can end up teaching you?

Yes, it is a difficult subject. But, in the digital world today, what excuse do any of us have to not learn something?

Let’s make financial feminism come true at least in our individual lives. After all, as Lao Tzu said – The journey of a thousand miles begins with a single step.

A bibliophile and a traveller, I am a marketeer by profession. While marketing in the financial services industry for the last 4 years, there was an awakening of a passion for personal finance. I now read more... 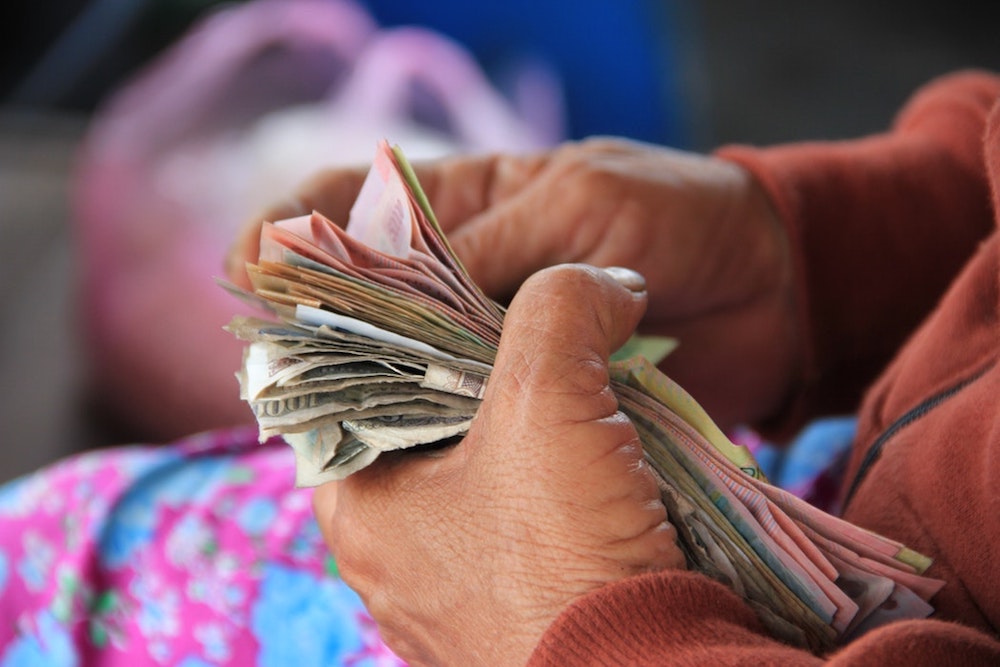