Where have Bollywood's female singers gone? Nowhere, they're right here! What is missing, are enough movies that make space for their voices. 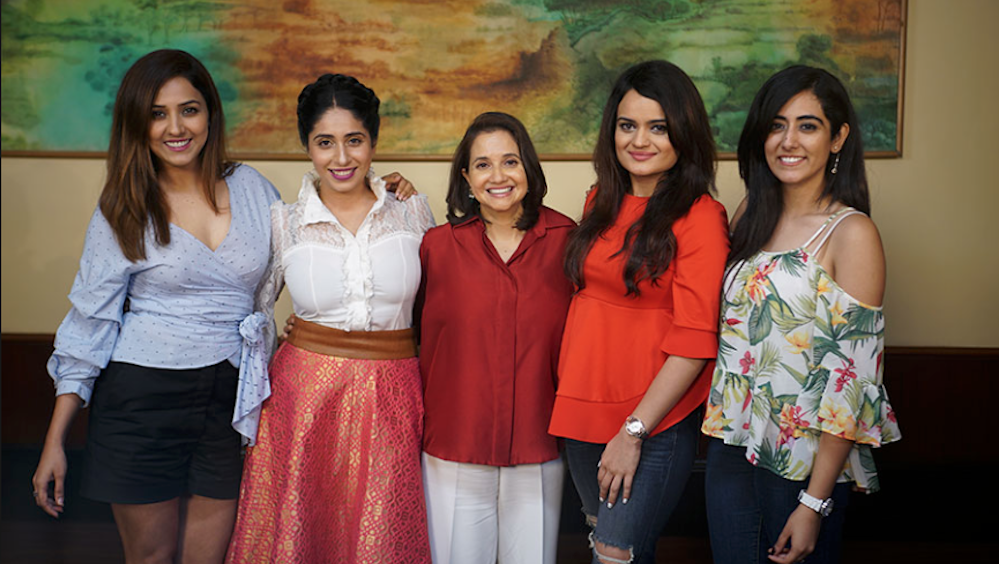 Where have Bollywood’s female singers gone? Nowhere, they’re right here! What is missing, are enough movies that make space for their voices.

I will be the first to admit that I slink away and hide at any family function or situation that requires me to sing. Singer I may not be, but music has always been a part of my life. From my first pre-school performance of Hawa Hawaii to my current obsession with Prem Me Tohre (Begum Jaan), and Kattey (Angry Indian Godesses), Bollywood music has been a friend.

Where Ek Do Teen (The original from Tezaab – spare me the remix!) was the soundtrack to my earliest years, early teenage bought with it the free spirit of Aaj Main Upar (Khamoshi) and Awaara Bhaware (Sapnay) and the premature experience of heartbreak via Tujhe Yaad Na Meri Aayi (Kuch Kuch Hota Hai). Adulthood has been a bit of a blur, but trawling through my memories brings back songs mostly sung by men. And now my playlist is dominated by Arijit Singh!

While I noticed this loss of female voices, I didn’t quite realize how pervasive the issue is until I came across this in-depth analysis by Hindustan Times. A simple count shows that songs sung only by women number 56, whereas the 125 songs sung only by men are more than double that number.

It is something that female singers have been saying for a while, as in this discussion below that singers Neeti Mohan, Neha Bhasin, Aditi Singh Sharma and Jonita Gandhi had with Anupama Chopra. The women pointed out that not only do they get fewer songs, but also, the songs they do get, ignore their vocal range, forcing them to sing in uncomfortable ways. This article by Buzzfeed has some excellent examples to back up that claim. The gems of mansplaining and misogyny in the comments section of that article are an ‘added bonus’.

The sexism inherent in the industry is laid bare when one starts probing the reasons for the lack of female voices. According to music composer Amit Trivedi, the scripts today demand more male-led songs. The exception, according to him is when the films are about women –such as Secret Superstar, about a female singer. In a Bollywood that is slowly but increasingly making more movies about women, this rings false. In fact, even in female led movies, such as Kahaani or Dangal, the female voice is surprisingly missing. An Ekla Chalo Re or a Dhaakad Hai in a female voice would have been equally effective, but they are sung by men.

The second reason, as Ganesh Anantharaman, film historian and author, points out is that with the decrease of family focused movies, there are lesser opportunities for women to sing. “Earlier, there’d be one song for the mother, another for the sister, and a third for the mother-in-law”, he says, in the HT article cited above. That, however, is an inane reason. Do women who are not mothers, sisters or mothers-in-law, have nothing to sing about? Give me a carefree Dil Hai Chhota Sa (Roja), or a patriotic gem like Ae Mere Watan Ke Logon (not sung for a movie, but sung by the amazing Lata Mangeshkar). Give me a peppy, inspirational track like Badal Pe Paon Hain (Chak De! India). Give me angst, anger, grief, joy and innocence. A woman doesn’t have to be related to men to exist. And because she exists, lives and feels, she will have myriad reasons to sing.

Another reason, according to Anantharaman, is the merging of vamp and heroine. When earlier, both the vamp and the heroine would each have a song, now the heroine gets one item number, which combines both. The solution to this, as per Neha Bhasin, is for female actors to use their clout to demand better roles and more songs for themselves. This however, puts the onus on women again, and is not an ideal solution.

Ultimately, the root of the problem is a male-dominated industry as Bhasin points out in a recent interview, “you will realise that all the production houses, or at least the big production houses are all run by (male) actors. So, that monopoly will always exist.” She says she is not focused on the industry, and is instead happy with the space she gets creating independent music.

However, the loss of female voices in the mainstream is not only a loss for the female playback singers; it is also a loss to the music industry and it is a loss to the general public. It is an erasure, however subtle, of women. Lata Mangeshkar, Asha Bhosle, Alka Yagnik, Kavita Krishnamurthy, Alisha Chinai, Suneeta Rao and many other fabulous women lent their voices to the numerous songs that became the background music of my growing years. But the choices for the current generation of girls are limited. And that is deeply saddening.

Arijit is melodious, yes, but he does not and cannot represent the female perspective. Women’s stories deserve to be heard, whether in books, film or music.

Top image is a still from the Film Companion video featured above.