Here’s Why Jacqueline Fernandez’s Remade ‘Ek Do Teen’ Number Made Me Cringe!

Jacqueline Fernandez's latest dance number, which is a remake of the Ek Do Teen song from Madhuri Dixit starrer Tezaab, made me cringe. 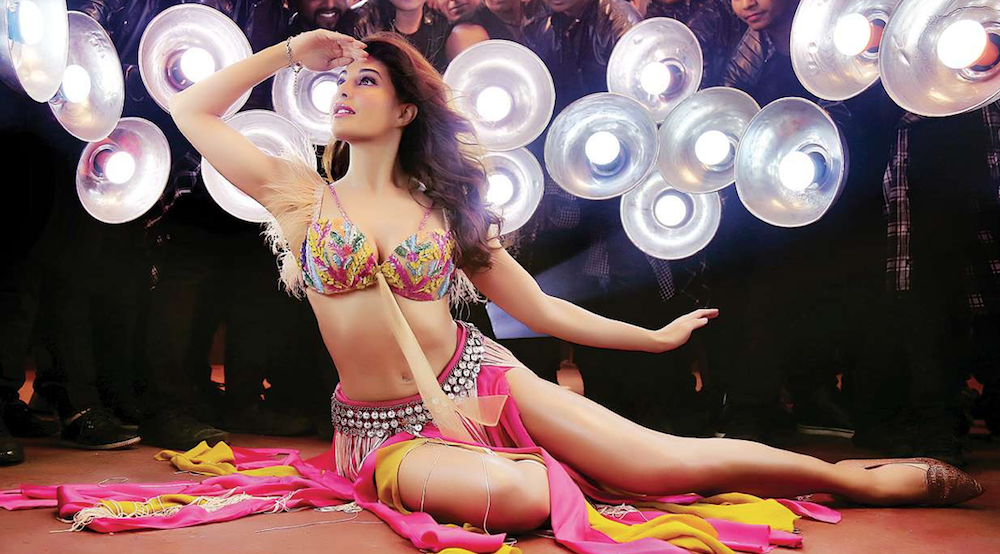 Jacqueline Fernandez’s latest dance number, which is a remake of the Ek Do Teen song from Madhuri Dixit starrer Tezaab, made me cringe. The video made me question, how are item numbers still a thing in Bollywood?

While on the one hand, we are having empowering releases such as Tumhari Sulu, Piku, Queen, Angry Indian Goddesses, English Vinglish etc. from the industry which is finally waking up to the fact that women are human beings, too, how are some of the filmmakers still happy portraying women as nothing but objects of lust for the male audience?

The only purpose these item numbers serve is to titillate the male audience and objectify the female body for the benefit of the male gaze. How is this still required in movies? Will your audiences not throng the theatres if you don’t have that five-minute song and dance sequence? And if your movie is so bad that it will only draw crowds on the basis of such a number, ask yourself, do you really deserve to make movies?

You might tell me, that even in the original song, Madhuri dances in front of a crowd. Well firstly, Tezaab’s plot required her to do this dance number. In Tezaab, Madhuri’s father forces her to become a dancer and so this was a performance that she needed to do for the sake of the movie’s story. Looking at the current version, I have my doubts how it is helping the movie’s plot progress in any way or how leaving out this song would make any effing difference to the movie!

Secondly, Madhuri’s dance number was much more aesthetically choreographed – there was dancing involved. The current version has men literally drooling over Jacqueline’s curves reducing her to just her body where she dances solely for the pleasure of such men.

Thirdly, Bollywood for God’s sake, please try being a bit more creative! What is this weird trend of remaking old songs? Have you totally lost faith in your artistic abilities?

While so many film personalities are coming up to discuss how the female body objectification in Bollywood adversely impacts our society, it seems a section of the film fraternity is still revelling in the ‘glorious’ old days of patriarchy and misogyny. Women don’t mean anything more than their body parts to such people. Please wake up! There are more aesthetic ways to present the female form. And trust me when I tell you this, women are really capable of doing things beyond seducing men with their physical appearance. Do give it a thought.

To all these filmmakers, I wish I could ask the same question that Comedian John Oliver asks in his shows, ‘Bollywood Item Numbers: How Is This Still A Thing?’