The Story Of Emilie du Chatelet, A Woman In 18th Century France Who Fought Patriarchy For Science

Emilie du Chatelet lived in the pre-French Revolution France, and had to fight patriarchy to study science and maths, but today her contributions are recognised. Emilie du Chatelet lived in the pre-French Revolution France, and had to fight patriarchy to study science and maths, but today her contributions are recognised.

“If I were king, I would redress an abuse which cuts back, as it were, one half of human kind. I would have women participate in all human rights, especially those of the mind.” – Emilie du Chatelet

Born in Paris in the year 1706 to an aristocratic family, Emilie was a rare combination of beauty with brains. Several noted scientists, scholars and mathematician were regular visitants at her maternal home. Given the fact girls were denied education, she was home tutored and learned six languages in no time. Emilie developed a passion for science and math which her mother never appreciated, as in those times science were only for men. A true feminist, Emilie broke these barriers to educate herself in mathematics and physics.

It was her father, the chieftain at Louis XIV’s tribunal at Versailles, who appreciated his daughter’s intellect and also encouraged her to study astronomy with his fellow scientists whom he knew. Emilie who had a passion for gambling, used her earnings to buy books and laboratory apparatus for her scientific experiments. She wrote about her struggles on her fight to educate herself because during her days as a little child, the girls were denied admission to schools let alone universities. In spite of this setback she still got her lessons from French scholars like Pierre-Louis Maupertuis and Samuel Konig.

She was only eighteen when she was married off to Marquis du Chatelet, an army dignitary, and the couple had three children within a short span. She had agreed to the marriage as she felt this was her freedom to learn math and science. Ultimately the marriage did not fare well as Emilie was far more intellectual, so the couple started living separate lives, though they remained friends. She adored her children like any other mother and the untimely death of her third child left her heartbroken.

She was only twenty six when the French writer Voltaire fell in love with her. He was captivated by her stunning beauty and her talent. Even in those times, Voltaire and Emilie were bold enough to start a relationship and also set up house. 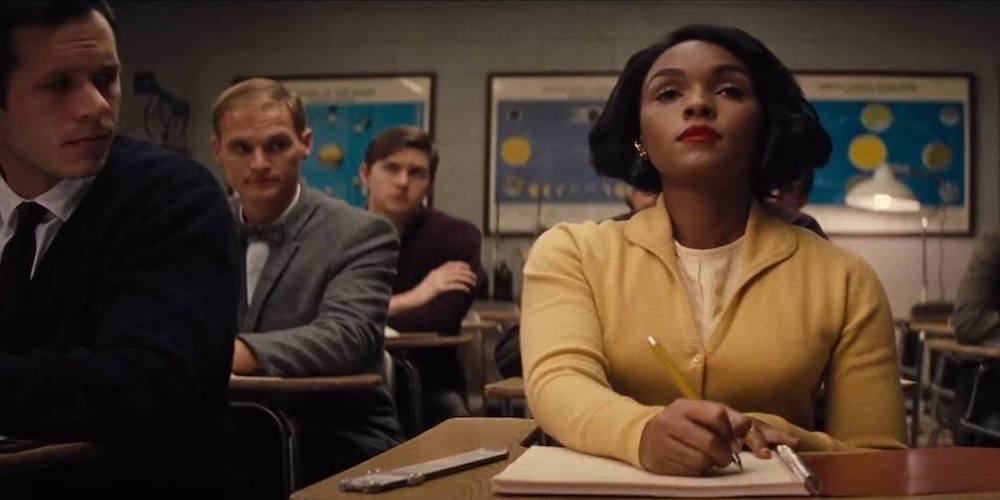 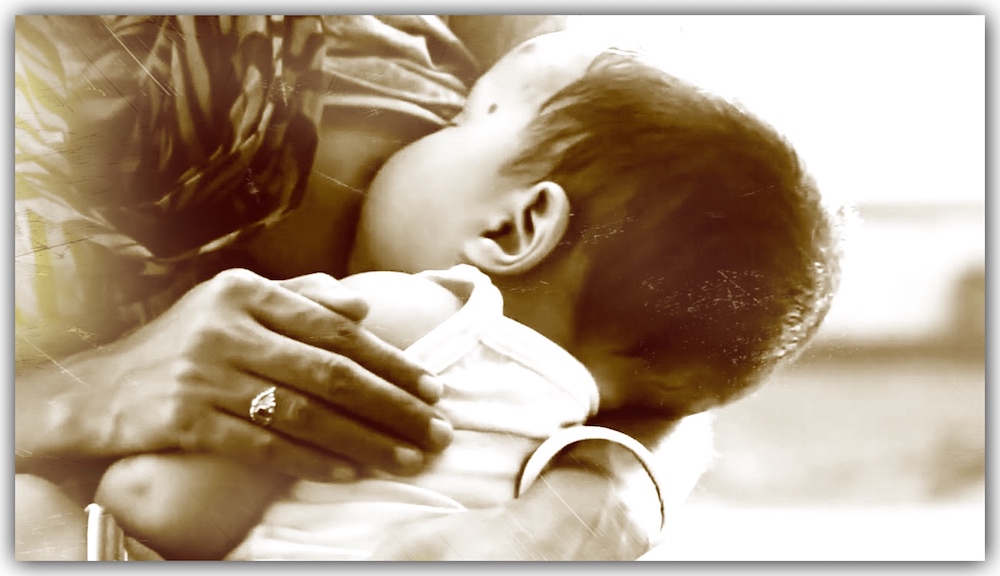 It was around this time that Emilie reinforced Newton’s gravitational theory which had created a debate. This is where Voltaire felt her need to support him and Sir Newton’s hypothesis of gravity which contradicted the much favored Rene Descartes’ theory of swirling cosmic ‘ether’, which was more of a fictional theory and lacked experimental reviews. Descartes’ views were more theoretical but Newton’s philosophy was all based on his experiments and research from the scientific point of view.

It was in the year 1737, after her grueling research which she had to do in secret, she appeared for a contest promoted by the  French Academy of Science. She submitted her paper Dissertation sur la nature et la propagation du feu in which she highlighted infrared radiation. Though she did not win it, her article was very much appreciated by the science faction. Here I ask a question – the scientific society acknowledges the science in her work, but was not comfortable with her doing such work – wasn’t this unfair on Emilie du Chatelet? Isn’t this hypocrisy?

People called her Voltaire’s mistress, but Voltaire and she together led Sir Newton’s theory in France which was under tremendous dispute, and it takes immense foolish courage to act on controversial research rather than the normal stereotype which is easy. Her immense contribution lies on the fact that she worked hard on Sir Newton’s invention which was against the much favored Cartesian philosophy. Emilie through her researched papers meshed the ever disputed Newtonian, Cartesian and Leibnizian perspectives.

On her benefactions in science, APS News says, “Her elucidation of the concepts of energy and energy conservation. Following experiments done earlier by Willem‘s Gravesande, she dropped heavy lead balls into a bed of clay. She showed that the balls that hit the clay with twice the velocity penetrated four times as deep into the clay; those with three times the velocity reached a depth nine times greater. This suggested that energy is proportional to mv2, not mv, as Newton had suggested […]. At age 42 Émilie du Châtelet discovered she was pregnant. At that time, a pregnancy at such an old age was extremely dangerous. Knowing she would likely die, she began working 18 hours a day to complete her biggest project, a French translation of Newton’s Principia, before she died. More than simply a translation, Émilie du Châtelet’s Principia included her own notes, examples, derivations, and clarifications of Newton’s often obscure writing, as well as examples of experiments that confirmed Newton’s theories. Her modern notation and clear style soon helped French scientists understand and build upon Newton’s ideas.”

With her never say die attitude she finished her manuscript Foundations of Physics before passing away in 1749. She didn’t get the chance to see her manuscript published as it took ten years until the Halley’s Comet for the scientific society to notice the importance of Newtonian principles.

Émilie and Voltaire jointly authored a book, Elements of Newton’s Philosophy, decoding Newton’s astronomy and optics in a wider view for French readership. As per the patriarchal rules of the times, only Voltaire’s name featured as the author on the book, but he acknowledged her contribution.

Today the entire science community speaks of her works and her contribution to Newtonian theory, though the great science scholars of her time tried to forget her. Here is a list of five facts which we need to remember about Emilie du Chatelet:

Time and again history is proof that women are equal in their contribution to science, but each time a woman has had to fight it out to prove herself. Society still remains biased when it comes to a major achievement by a woman, only to be proved how wrong they are. Women have always proved that they are talented and will continue to prove so in the future.

To conclude I say to all women, go the extra mile. When you run out of your heroes be one. Be the change you want to see in others and trust me, you will be proved correct time and time again. There is no question of winning and losing, it is a question of our equality. We women are no less in any category; Emilie du Chatelet proved that way back in  the 18th century. Let the misogynistic society know that they had better acknowledge us as equally talented, or we will single handedly give you back the pride you flaunt in front of us women. Our journey is long, tiring and lonely, but if it turns us into heroes, so be it. We will fight out alone following the foot prints led by Emilie du Chatelet.

Home Science is for Homely girls? Suchi breaks your stereotypes on what a Home Science Student/Professional does. I just saw the movie, Queen. The protagonist is shown to be a Home Science Student! It is too cliched to show that she is the one who knows nothing about reality. Here, I am breaking your stereotypes on what a Home Science Student/Professional can look like. But before I start, here are a few situations you need to go through before you get in depth with the daily-drama a Home Science student faces.

Beware, as some of the stereotypes could be ones that even you indulge in, due to sheer lack of information.  END_OF_DOCUMENT_TOKEN_TO_BE_REPLACED

Register at Women's Web to get our weekly mailer and never miss out on our events, contests & best reads! Or - get a couple of really cool reads on your phone every day - click here to join our Telegram channel.
Read Full Article
Short Stories & Poetry

For The Boys Locker Room, We Are The Problem AND The Solution!

This is a conversation we need to have. We as a society really need to introspect. How do we solve this problem of patriarchy?

This is a conversation we need to have. We as a society really need to introspect. How do we solve this problem of patriarchy?

Patriarchy and subjugation is all not natural. It is learned. And that means it can be unlearned too. And we need to unlearn all these toxic norms urgently.

Boys will be boys, girls will be girls. No. We all need to learn to be more human.