The cult classic movie Arth was ahead of its time in the way it ended and the feminist message it sent to its viewers. Here is what I learnt from it. 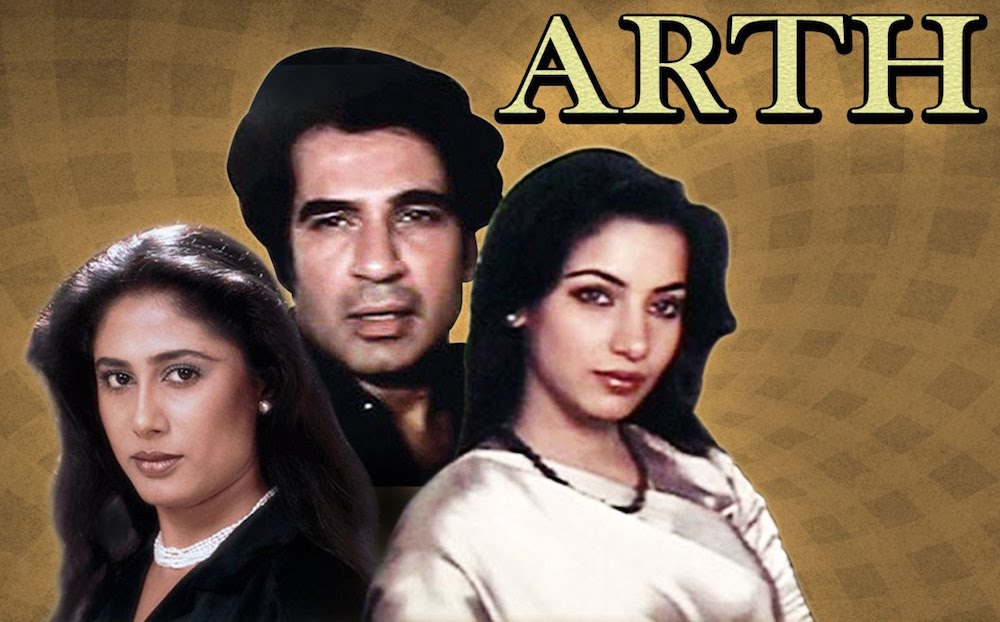 The cult classic movie Arth was ahead of its time in the way it ended and the feminist message it sent to its viewers. Here is what I learnt from it.

“I myself have never been able to find out precisely what feminism is: I only know that people call me a feminist whenever I express sentiments that differentiate me from a doormat.”  – Rebecca West

Many of us must have watched the movie Arth (1982) directed by Mahesh Bhatt, which featured some stellar actors – Shabana Azmi (Pooja), Smita Patil (Kavita), Kulbhushan Kharbanda (Inder), and Rohini Hattangadi (Pooja’s maid).

The story in short

Pooja an orphan, married to an ambitious film director Inder played by Kulbhushan Kharbanda. She is emotionally and economically dependent on him and dreams of her own home. Inder hands over the keys of that dream home to Pooja only to reveal later that he is having an affair with the affluent actress Kavita Sanyal played by Smita Patil, who is also a schizophrenic. Pooja begs her husband to let go of the relationship only to be shunned and shamed in full public, and beaten by him back at home, after which he leaves to go back to Kavita.

Pooja’s maid, who finds her traumatised, is also a survivor of domestic violence with an alcoholic husband, despite which she is trying to educate her daughter in the hope of a better future. Her words give Pooja the courage to leave her home and move to a women’s hostel. She gets a job, and tries to make a life for herself.

Inder too starts afresh with Kavita, but unable to bear the guilt of stealing him from Pooja, she undergoes a breakdown and eventually breaks up with him. Inder and also a victim of mental illness ultimately breaks up with him. The maid also has a major role; she lashes out at Kavita for breaking Pooja’s home. She also kills her alcoholic husband when she finds that he had stolen her money which she had been saving for her little daughter’s education, and remains unapologetic of that homicide. She comes to Pooja and hands over her daughter asking Pooja to be a mother to her daughter.

In the meantime Inder shunned by Kavita returns to Pooja, begging for a second chance, and Pooja refuses to give him another chance – she no longer needs him, and has a job and a child to look after, and most importantly, her self respect. There is another man who now loves her, but Pooja refuses to settle down with yet another man. She realizes her identity as a woman and not a commodity, and chooses to be a single & independent mother to her maid’s daughter.

What I learnt from watching Arth

Unfortunately this may not happen for everyone. If your partner does not value you, maybe it is better to separate / divorce and be independent. Do not compromise your values and self respect; understand yourself, never under estimate yourself. The man you love/marry may be powerful, but just know you are no less in power compared to a man. Believe in the power of your mind.

The maid had nothing, she was poor, yet she had grit. She fought her battles alone with no one to help her, yet she never played a victim, not even after killing her husband. Realize your inner wisdom, it whispers, you need to listen to yourself. Just know, it is all in the mind. If you choose to be a victim then you will be a victim. Refuse to be a victim and stand with a head hold high.

Women need to be emotionally and economically independent. You need not be queen with plenty of money; you can start with a humble beginning. Ask genuine people for ideas. Get inspired by all those women who had fought their battles alone. You may break down, you may be mocked, face insults, ridiculed, but just know that when you are about to give up, victory may be near.

Pooja who was dependent and also an orphan, dealt with the cruellest blow life threw at her. She was treated as a doormat, she had no money, she had no job, yet she dealt with the brutal whiplash delivered to her. She refused to settle yet again with a man. Don’t get me wrong, as a woman we all need a man in our life and there is nothing wrong in it. But look for a man who cares for you, admires your inner beauty & your soul.

Women, you need no lavish attires, you need no one by your side, never say a lie, be honest, be courageous, be confident, be compassionate, be independent and able, be strong and graceful, respect your body, and do not compromise on your values.

Last but not the least, do seek medical help when you are mentally ill. Kavita was schizophrenic, and mental health matters. If untreated it can break/kill you.