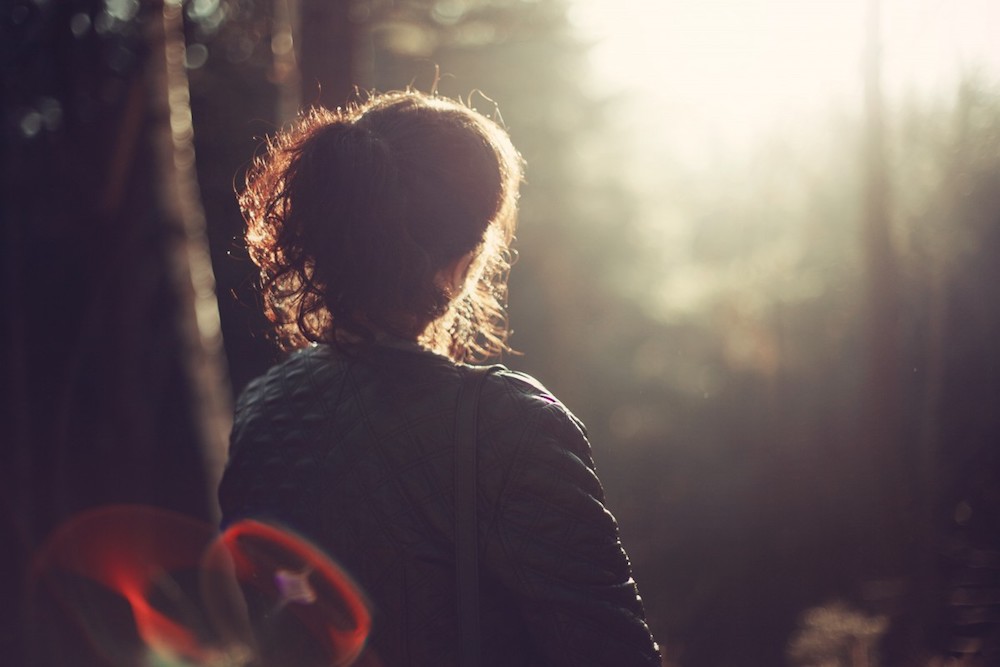 Dear Husband, I Would Be Gone By The Time You Get This Letter [#ShortStory]

You never had friends. You hated it when I made friends. You used to throw a tantrum each time I went out with a friend of mine. I stopped socialising.

I would be gone by the time you get this letter. I know you would be shattered; not because I am gone but because I dared to do something without your permission. Something that maligns your ‘carefully built’ image. The control freak in you would be shattered at my audacity. You had always projected to the entire world that you were the best husband, and I was extremely blessed and happy to be with you. However, this letter should reveal the truth.

Many would call me stupid and many would blame it on depression and regret not having taken me to a psychiatrist. Rest of the world would call me ‘characterless’ a ‘fallen woman’. However I feel this is not stupid. You have left me with no choice. I feel sorry for my child; who would be the only person to miss me.

I know that soon after receiving this letter you would complain of headache and ask your bhabhi or sister or niece to make a nice adrakwali chai for you. They would oblige because you are the boss in this house. There is not a single soul in this family who can dare to say a word against you. I also never had the courage to say anything to you on your face and that is why I am taking this easy way out to escape from you forever.

You are a decent man with high moral standards, great values, honesty and integrity. You are an ideal man without any known malice. The kind of man all mothers want as their son-in-law. You have never done anything wrong in your life. You came from a poor family and you slogged to study. As a teenager your only concern was to score good marks and get admission in a good college. You succeeded. You became a doctor. You became the first doctor in your family and village. You made everyone proud. You became a role model for your family. Kids in your village were asked to look up to you and become like you.

After becoming a doctor the hospital became your world. You never partied, smoked, or drank alcohol. You never dated a single girl. And, then you met me through a matrimonial site. We were like chalk and cheese yet I agreed to marry you. Firstly, I liked your sincerity and secondly I was going through a bad break-up and wanted a shoulder to cry upon. Foolishly, I presumed a perfect life with you.

Initially, everything was perfect. You gave me more happiness than anyone else had ever given me. In the initial years you made me feel like a princess. I was happy with you. However, my soul was never happy with you.

Even though we were going through the honeymoon phase, when you realised that I was a free spirited girl, that bothered you. So, you started clipping my wings.

The first step was to force me to quit my corporate job. Your mother helped you in this. Next step was to domesticate me. From day one, you started comparing me with the others in your family. You started telling me that all women in your family were great cooks, great mothers, great homemakers and I was the only incompetent one. You tied me to the kitchen. You just wanted me to cook throughout the day. I obeyed, as I wanted to make you happy. Soon after I got pregnant and life became smooth for you. I was finally a caged bird.

Throughout the day I was cooking, cleaning, taking care of the child, spending sleepless nights, and getting criticised by you. I was not protesting. I was just accepting everything. The house used to be always full of relatives. You loved to have relatives at your place, and for me, the house was always overcrowded. I was feeling tired and that was the time I started feeling depressed.

You spent most of your time in hospital; whenever you came home you were too tired to do anything. I was also tired but no one cared. We never went for movies or dinners. Your idea of a perfect life was to eat food cooked by me at the comfort of your home. You never had friends. You hated it when I made friends. You used to throw a tantrum each time I went out with a friend of mine. I stopped socialising. Your concept of socialising was to only go out with your extended family members.

To escape the drudgery of housework and child care and also to resurrect my career I joined my old company. However hell broke loose for you. Every day after returning from office I used to find you fuming with anger. Every single day you created so much trouble for me that life turned into a living hell. Unable to bear this I quit my job once again and I was back to being a housewife. Nobody supported me.

You never trusted me with your money. Even though I had credit cards, you had deliberately linked them to your phone number so that you could track all my transactions. I never operated any of the bank accounts and you operated them on my behalf. I had to take your permission for every single penny however you never consulted me in how you spent money. I know behind my back you spent a lot of money. It is not that you spend money on wine, whiskey or women but nevertheless you spent as per your wishes.

You want to have a great public image as a doctor as a human being. Your patients are ever grateful to you, they love you. Your family loves you. Your family consists of your parents, your brother, your sisters, your nephews, your nieces, your uncles, aunts, cousins and son. I was definitely not family, I was just an appendage. However to the world you wanted to project us as the happiest couple and funnily people fell into your trap and believed it. You are a messiah to many people due to your Good Samaritan act however I wish I could do the same. My parents also believe that I am lucky to have you as my husband.

As an adolescent I always dreamt of a husband who would be my best friend. However what I got was a boss. I can never discuss my emotions with you. Initially after marriage I used to fight with you, argue with you however now I have realised the futility of this relationship and just keep quite. There is no point arguing with you all the time. Whenever I argue, you stonewall me and stop communicating till the time I surrender. I have now stopped everything. I have just become numb and indifferent.

I have now stopped expecting anything from you. I need to escape from you. Do not try to search me. Even if you do, I promise, you will not be able to find me. Within a few months I will also take my child, and I assure you that I would give him a much better life than you could possibly think of. You will be left with nothing but your ego, false vanity, narcissism and pride. May God give you good sense and sanity.

May One Son At A Time, Know His Mother’s Struggle: A Letter To My Son