The last thing she wanted was for the family matriarch and her orthodox mother-in-law to hear this and rain hell on them for raising an insolent daughter. 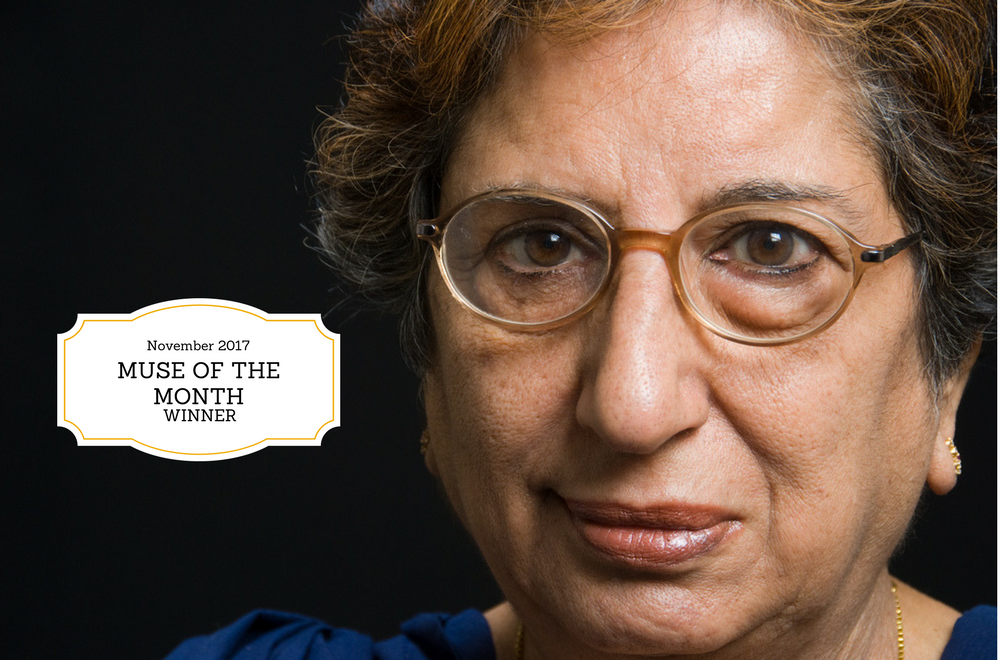 The last thing she wanted was for the family matriarch and her orthodox mother-in-law to hear this and rain hell on them for raising an insolent daughter.

Here is the first winner of our November 2017 Muse of the Month contest, Priya Iyengar Raut.

What Will People Say?

This question was the guiding principle of the Rajan family.

All decisions, be it Appa buying a second hand car, Amma wearing nighties at home, or putting Kavita in veena classes, or letting Swati ride a Scooty to college, were made after putting it to the test of “what will people say?”. If the family visualized approving nods and admiring glances, they would immediately go ahead. If there was the slightest chance of “people’s” judgement or worse, gossip, the thought would be ruthlessly quashed.

So it came to pass that one Sunday afternoon, the entire family – Mr and Mrs Rajan (Appa and Amma), Kavita and Swati (their daughters) – gathered around the dining table to make sense of the situation.

“What do you want me to say, ma? I tried, I tried everything you taught me. I was kind, patient and devoted. I treated Rahul’s parents like you both. I followed their rules, gave up my hobby class, even learnt all their favorite dishes to please them. But nothing worked.”, said Kavita.

“Yes, yes we know all that. But why did you come back here? Surely you can handle things in your own house?” Amma rubbed her temple, feeling a migraine come on.

“They have one main demand – I should stop working and take care of the household full-time. You know I can’t do that! I was the university topper, appa.. a gold medalist. My research work means a lot to me. You told them that I will continue working even after marriage, and they agreed. Then how can they do this to me?”

“Shh! Keep your voice down, paati might hear you” Amma hissed. The last thing she wanted was for the family matriarch and her orthodox mother-in-law to hear this and rain hell on them for raising an insolent daughter.

“Don’t cry, Kavi” said Appa. “What did Rahul have to say about this?”

Kavita shook her head sadly, “He says his old parents need me to take care of them, and I need not waste my time running after money. But it’s not about money for me, pa! I love my job, my team and my projects. I am due for a promotion this year, and if I quit now, it’ll be a complete waste of my hard work so far.”

“I know Rahul has a temper. But this time he took it too far. He came to my office and insisted I hand in my resignation. When I refused, he called me selfish and money-minded. He gave me a ultimatum – either quit and go home with him, or stay at work and leave his house.

Amma jumped in, “He mustn’t have meant it, Kavi. Men sometimes get carried away in anger. You can change him with your love. Go home, resign for now, and convince your in-laws to let you work a year later”

“She’s right, Kavita. Marriages work only if you learn to forgive and forget. Besides, what will people say when they see you back here within a year of marriage? Think of Swati. Who will marry your sister if you act like this?”

“No. I have had enough. This is one thing I am not budging on. Why are you asking me to..”

“Kavi”, they jumped at the sound of Paati’s voice. Kavita groaned inwardly. She would be outnumbered dismally now.

“Kavi, listen to me. You are a kind and sweet girl, and we raised you with good values. My parents brought me up to be obedient at all times. I can’t say the same about your mother, but err… she did teach you to know right from wrong. If you feel you are doing the right thing staying here, I support you dear. This is your house and will be always”

“Pick your jaw off the floor”, paati chuckled, looking at her son and daughter-in-law like she was an alien life form. “However, dear child, I have heard that nowadays when a couple has problems in their marriage, they go and talk to a professional. Will you call Rahul and give that idea a shot at least?” Kavita hugged her grandma and burst into happy tears.

“But.. but… amma”, sputtered Kavita’s parents, “What will people say?”

Paati, the orthodox, illiterate, woman who had ‘obeyed and adjusted’ all her life retorted, “To hell with that, ‘What does your heart say?”

Priya Iyengar Raut wins a Rs 250 Amazon voucher, as well as a chance to be picked one among the top winners at the end of 2017. Congratulations!