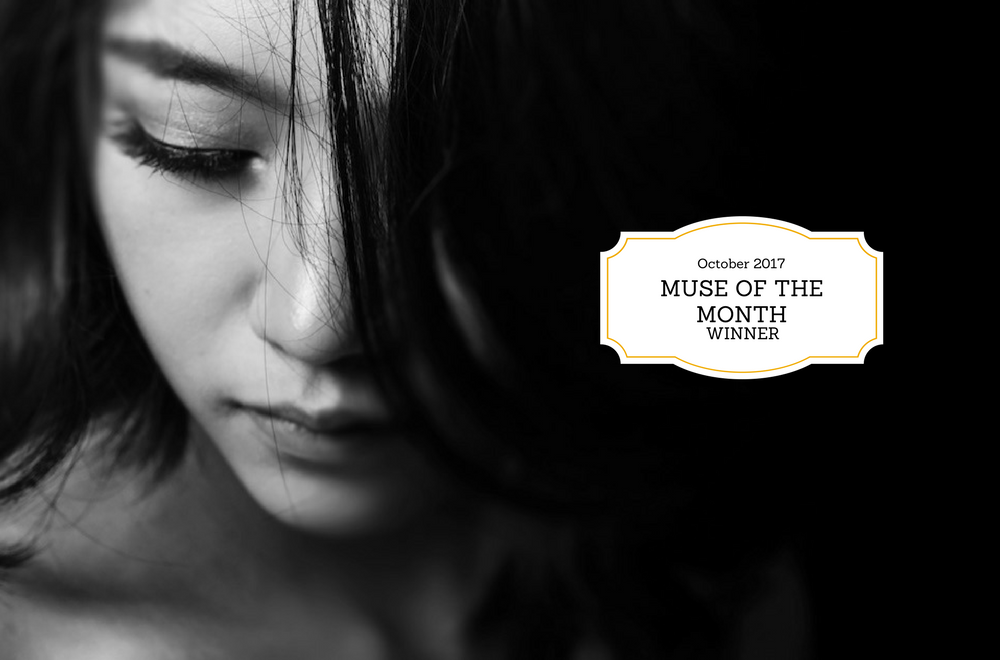 But the past experience reminded me, it does not have to be one majorly abusive or explosive incident to drive them to the breaking point, it is a culmination of years of being harassed, years of subservience, years of being unable to speak out.

Here is the third winner of our October 2017 Muse of the Month contest, Priya Tallanje.

The lady sitting in front of me was in her late 30s. Slender frame, jet black hair of shoulder length, sharp features. Her resume (which I had managed to get hold of, from the internet) looked equally attractive. A bachelor’s degree in science. Nearly 12 years of experience in various organizations. Competent in one of the hottest skills in the market. A snapshot of this moment could have mislead someone into thinking we were sitting in an air conditioned office somewhere in Fremont or Cupertino negotiating salary details, except that, well..we were not.

I looked at the dark circles under her swollen eyes and the haggard looks – she must have gone through something really bad to have come to the breaking point. But the past experience reminded me, it does not have to be one majorly abusive or explosive incident to drive them to the breaking point, it is a culmination of years of being harassed, years of subservience, years of being unable to speak out. And it could be just one trivial incident for the woman to decide that her endurance has reached the threshold.

“How long have you been married?”I started off gently.

“And the violence started immediately?”

Heavy pause. She was weighing her answers. She simply nodded her head.

I make notes in the space provided below the questionnaire. As my instructor in the training course had pointed out, the first thing was to comfort the victim, assure that she had done the right thing in seeking professional help. I had signed up as a volunteer for this non-profit organization around a year back. The organization’s main focus was to help/counsel women facing physical/mental abuse. We provided counseling to the woman, husband and wife (in cases where the husband was willing to attend the sessions) and also provided legal services to the women where it was required.

When I finished the mandatory training and was assigned to be a counselor, I expected most of them who came seeking help would be domestic workers, illegal immigrants whose presence in the country might be in jeopardy if they came out in the open with their problems. What completely baffled me, was the number of well educated women in corporate jobs who needed support. The treatment at home takes weeks or probably months to start reflecting on their competence in the professional sphere. Self-esteem reaches its nadir and decision making starts getting impaired.

The most common question I pose to all my counselees is the same – Why didn’t you speak up earlier?’ The answers are mostly the same. For the sake of kids. Hope that by some miracle, the spouse might stop the abuse. Fear of society. Lack of family support if you decide to walk out of the marriage. For Indian women, societal acceptance is wired into the DNA. Do something your aunts and uncles and other relatives do not approve? You are as good as dead.

“It did not start off as violence initially”she suddenly spoke interrupting my thoughts. “He started checking my emails and messages on the phone. If there was a phone call from a friend or relative that I did not inform him, he would fly into a rage. He would demand to know why I had spent something from my money without consulting him. The controlling behavior started off on a subtle note. In the beginning, I did not even realize it. Gradually it increased.. the problem was, he was an awesome person if I listened and behaved exactly like how he wanted. Over a period of time, I had slipped into the mode of pleasing him day in and out. If I ever protested, that is when he would turn abusive and things would take an ugly turn.”

“Do you have any kids?”I asked.

“No”she said.“I always thought and hoped a kid would probably improve things. But fate had other plans I guess. I was never able to conceive”

I sighed. I wanted to tell her that it was unlikely a kid would change her husband.

“Anyway, the marriage is over. He has declared he cannot stay with me any longer. He needs a divorce. And I have no interest in continuing to stay with him.”she added.

“You are giving your consent for the divorce?”I asked incredulously. “From what I have heard of him so far, he would probably insist on a divorce with mutual consent.”

“Yes, mutual consent. I am not planning to ask him for an alimony also…” she said “I am tired and fed up. This is a logical way to end the suffering. I can at least live peacefully from now on, I do not have t-”

“And him?”I interrupted, “He literally walks away unscathed. And that too, with your hard earned money of nearly a decade.”

She was suddenly silent for a minute. “I really do not have that kind of energy to fight with him in the court. He is abusive, manipulative…And I know, I know he can actually get away with anything.”

“It is not about just you or him. It is about justice. You need to stand up for yourself and fight.”I said encouragingly.

“I do not need justice now”she said in a resigned tone.“All I need is some peace. Peace of mind. An end to this harassment and mental torture. A divorce by mutual consent would end this matter in six months. Going to the court, accusing him, fighting for alimony… this will definitely last for years together. And even if I win the case, what do I gain? A lump sum of money as alimony? I do not need that. I do not need the money to serve as a reminder of him and of my marriage. I will go ahead with the divorce and start life afresh with a clean slate. I need your organization to help me find a good lawyer.” And with that, she just stood up and walked out of the room.

I sat there pondering over what she had said for a long time. Justice, punishment and all were secondary. Peace and happiness were what mattered. Even if she did file a case against him in the court and the court decided that he had to pay an alimony, what good would come out of it? The case would anyway drag on for years together, the resentment would just grow. She had made it clear that she did not require the money. And a reconciliation of the marriage was highly unlikely. The simplest solution seemed the best solution! I took up the phone and dialled the legal department.

Priya Tallanje wins a Rs 250 Amazon voucher, as well as a chance to be picked one among the top winners at the end of 2017. Congratulations!

Priya Tallanje. I hail from Bangalore and love reading books!

No One Killed Jessica. Be Inspired And Write For Our Muse Of The Month October 2017

A Revolt Within, Change Without