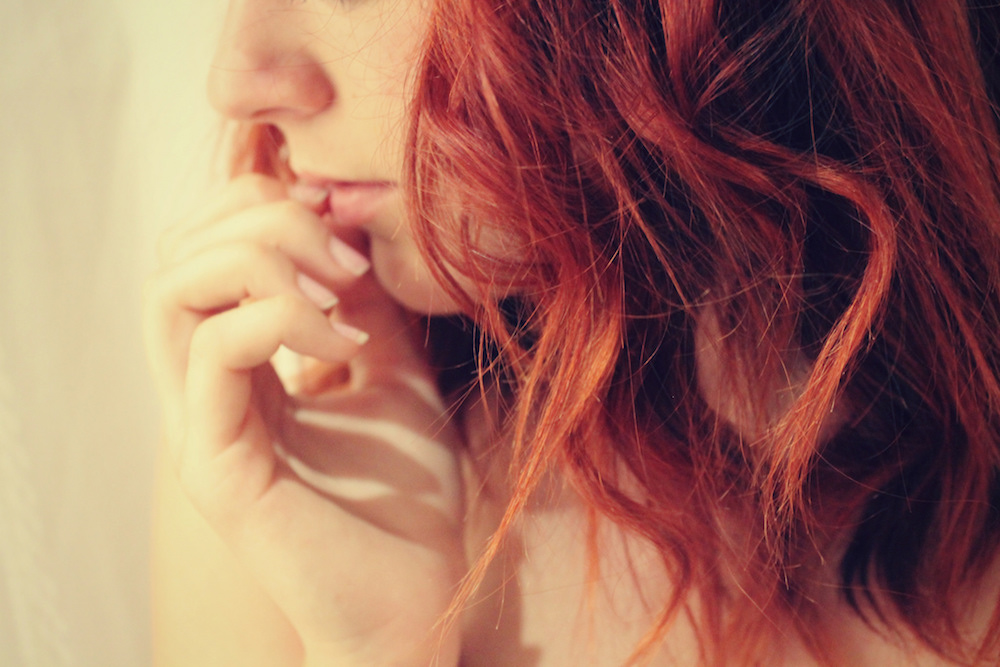 Women And The Big “O” [#ShortStory]

“I don’t know, maybe once in two or three weeks. We have very busy schedules.” I answer, as if that was explanation enough to cover up the lack of sex in my own life.

It was not like I do not know what Rita Faria looks like; I had been following her on Twitter, Instagram, Tumbler and Facebook for almost a year now. I am painfully familiar with the uneven arch of her eye brows, that stubborn right side molar which grows above another tooth and makes her smile look crooked enough to be called charming; the growing concentration of white hair near her perfect cowlick. And yes, her eyes, those deep gray irises that stare right through your soul and extract secrets you were not aware existed.

And yet, when I stand waiting here outside Starbucks, I can’t help but feel anxious that I might have missed her somehow. Maybe, just maybe today she might have chosen to wear jeans instead of her regular skirts. Or maybe her upper body appears heavier in pictures than it is real life. Or maybe her long, fiery red hair is actually deep brown and it is the trick of light in pictures that make them look flaming.

I must have been waiting for almost fifteen minutes, when I see her walking towards me. If anything, my anxiety is heightened when I notice that her hair is as flaming red as it is in her pictures, her breasts are just as round and full and yes she is wearing a skirt that highlights her long, toned legs in grey pumps.

I wring my hands and wonder, why this woman always has such an effect on me? It is almost a ritual that I follow, waking up thrice in the night and checking her twitter feed, much to the chagrin of my husband of three years, who happens to be a light sleeper. But I know I have to do it, because I know she is an insomniac. Because I know that of all her statuses and feeds on social media, twitter is where she is most honest. Her forward, pro LGBT opinions often confuse my kosher Tamil Brahmin upbringing, anger my lifetime of academic excellence, frustrate my straight mold into developing twists and crevices, delight my forbidden senses and in some cases excite me enough to touch myself, even though my husband lays right next to me.

I’d jumped at the chance of doing this article, this controversial topic that would make it almost necessary for me to meet her. Studies across women in the US, of different age groups, and sexual preferences had revealed that most straight women rarely orgasm. Eighty-eight percent of lesbians said they usually or always came when they were intimate, compared to 65 percent of straight women.

And to get the Indian perspective on “Women and the big O”, Rita Faria, one of the known foremost authorities on sex, be it straight or transgender, needed to be connected with. Partly because she was an authority, but mostly because she stayed in Bangalore and I desperately wanted to meet her. In fact I needed to meet her to get over my obsession with this woman, to convince my mind that she wasn’t that big of a deal.

I smile nervously as I see her, and she walks up to me, her hips swinging like a forest nymph.

“Ramya?” she asks. I have watched enough of her videos on social media to know that her voice sounds raspy and breathless. Yet listening to it in person creates a pit deep enough in my stomach.

“Come on, let’s get inside. I’m parched.” She says and links her hand into mine, while she pulls me into the coffee place.

Five minutes later we are sitting in a relatively quiet corner of coffee shop, and she gulps down an entire bottle of water.

“So, you want to know my opinion about the study on orgasms in women?” She asks me, looking straight into my eyes.

“Yes, this study claims that most straight women suffer from lack of orgasms. What do you have to say about it?” I recite the questions, almost robotically, while I know my insides are churning in excitement and anticipation.

“What do you think, Ramya? Do you have a lover? How often have you had orgasms?” She asks me, her hand slowly covering mine as an incessant buzzing engulfs my body.

And I answer breathless, “Yes, I do.”

“It is nice to know that you experience regular orgasms.” She says. The pressure on my hand tightens as her thumb caresses the sensitive skin under my wrist. And I am almost tempted to let her misunderstanding of my response slide.

“No…no I mean I have a husband, and…and I don’t remember the last time I orgasmed. I don’t think I remember how it feels like.” I answer, and to my credit, I am being honest here.

This is a territory, unfamiliar for me. I regret jumping at this controversial assignment; I perhaps, even regret meeting Rita. Not because she is less than what I had expected, but because I know I am less than what I pretend to be, a sheep trying to pass off as a wolf.

“I don’t know, maybe once in two or three weeks. We have very busy schedules.” I answer, as if that was explanation enough to cover up the lack of sex in my own life.

“Once in three weeks, oh my! And how long does it last?” Rita bends forward; her hand squeezes mine with an intensity that matches her stormy grey eyes when they stare into mine.

I gulp, the prude in me shrinks with fear at the compelling strength of her conviction, her unwavering desire to extract the truth out of me.

I look down, disgusted at myself, at Starbucks, at the people sitting far enough to not hear, yet can make out that there sits a coward in her Fab India kurta and bright red bindi.

I know, I should be saying, “It is none of your business, bitch.” And walking out.

But I find myself whisper, almost to myself, “Three to five minutes, including foreplay.” I look up, shocked at the intense honesty I was feeling, shocked at the woman who is making me say things out loud that I wouldn’t even tell myself, even when I am alone.

“Uhh…it is not his fault. He is tired most time, but he really does try. I just don’t think I want it anymore.” I add hastily, defending the man I think I love.

“Don’t you miss it? Don’t you miss that feral act of lovemaking; the feel of a warm chest against yours, the passion, the desire?” She asks almost incredulous, as her breasts heave in a like slow, rhythmic pendulum.

“Yes, I do. I do miss it, I am just not sure that it is from him I want it.” I answer, part defeated and part relieved to finally blurt out the truth that had been boiling inside me, without my knowledge.

“Well, there is the answer to your question. Straight women do not orgasm often enough because men don’t know how to do, and they hate being reminded that they aren’t doing a remotely decent job.” She sits back, her hand now moves to my elbow and she softly caresses it.

“Is that it? Is that the only explanation you have?” I ask, my eyes challenging hers.

“Not really, sometimes women don’t even have the chance to explore their sexuality, to realize that they may have different sexual orientation.” She answers, leaning back, sighing hard. A veil of regrets mars her eyes and I can see that momentarily she is back in time, wallowing in an unforgiving past.

“So is this trend of unexplored sexuality fair on the partners of these women?” I ask, tentatively. Testing my grounds, testing for way out. A way to justify my future infidelities, if I could have any.

“No…not on either of them.” She answers, leaning forward and this time her fingers are on my elbow, kneading ever so slightly and sending jolts of electricity down my spine.

“Can I….” and my voice halters because her fingers are creating a pool of damp spot between my legs. “Can I quote you on this?” I manage to finish my sentence.

“Of course, you can, Love.” She says. Her thick, red lips purse into a thoughtful pout and she asks me, “Would you like me to help you with your situation, Ramya?

“Umm…no. I mean I’m fine.” I add quickly, my stomach sinks into deep pits at the blatant offer of sexual release.

“Are you sure?” She asks me, a smile playing on her glossy lips.

“Yes…I think so. I…I don’t swing that way.” I say and almost bite my tongue. I really do not want to antagonize her.

“Oh alright, so I think we’re done here.” She says, leaning back and trying to call for the cheque.

“How sweet!” she says. Her smile is patronizing and not at all impressed.

“…and Instagram and Facebook…and …and Quora.” I add almost desperately.

Halfway through getting off the chair, she sits back down. Looks at me, her eyes penetrating into my deepest, darkest recesses. She bends forward, almost leaning over and her cleavage spills out of her tight top.

“You know what, I feel like a drink.” She says, her eyes challenging me.

“Ohh…” I say, my body is buzzing in anticipation.

“I am going to go back to my place and have a drink, would you like to join me?” She asks.

“Yes…yes I think so. I…I need to know more about your opinion on the study, you know.” I say.

“Great!” she says and I get up to follow her.

After all drinks with the devil does not necessarily lead to a sinful orgasm now, does it? 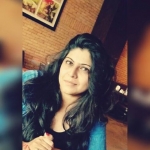 Anya’s Story Of Crawling Out The Eternal Abyss

But She Was Durga, The Mother