To The Tune Of An Unknown Pied Piper We Parents Dance!

Do you, as a parent, succumb to the call of pressure cooker parenting? The rat race that we all seem to be running and making our kids run? 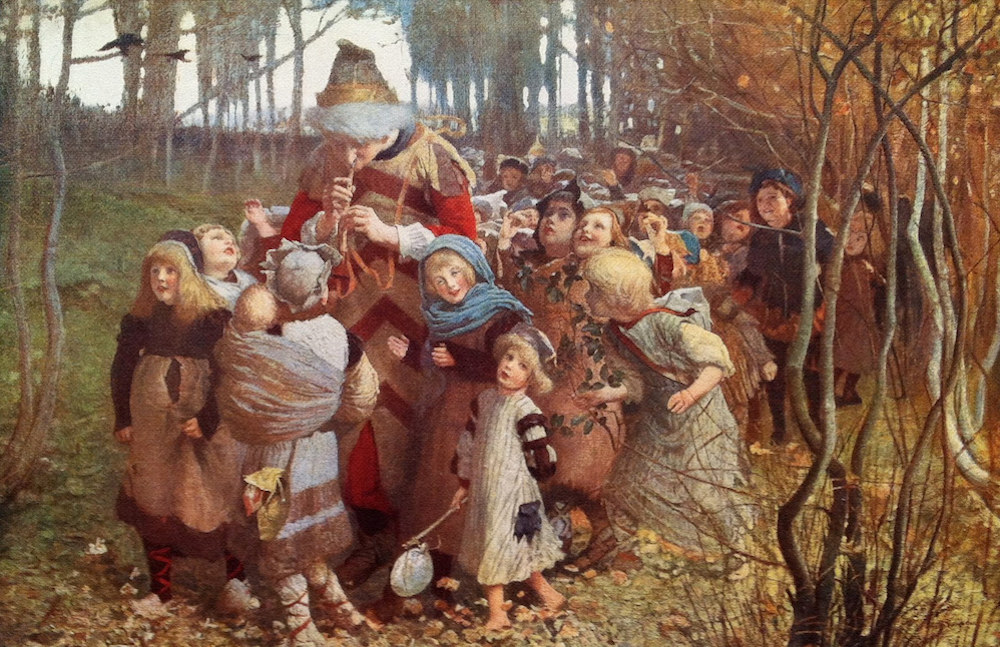 Do you, as a parent, succumb to the call of pressure cooker parenting? The rat race that we all seem to be running and making our kids run?

I woke up to a sustained noise. A noise coming from outside. A noise which pushed me out of my bed to look outside. I saw people running. A mixed crowd of men, women and children full of energy and momentum was running on the road. They looked educated, some even well read but hypnotized as if spellbound by some unknown Pied piper tune. Eyes wide open but they looked blindfolded and their minds clouded. Without a pause, without a thought, they just ran!

I wasn’t sure what was happening but was desperate to know. I rushed and tried to pace up. As I joined, I could spot few neighbours, acquaintances and friends. Many faces looked familiar!

“Hey what’s all this about?” — I tried probing a woman finding it hard to keep up with the pace.

As she tried catching her breath, she said “Are you a parent or a prospective parent or an expecting parent?” Her voice broke.

I nodded “Yes, I am a mother to two children.”

“So run along, don’t stop — because if you stop you will miss the race! If you want to do any good to your children, just keep running, where are your kids — pull them too!”

“But where to and how long?” I was curious to know.

“Don’t ask questions! That isn’t allowed if you want your children to excel and be successful in life — join the race. Look around” And pulling up her breath, she dashed ahead!

I was confused. I thought about my sleeping beauties lost in their reveries, how can I pull them up in this race? Impossible!

But did I have any option?

I looked around. I realized there were many shops — shops selling school education, hobbies, sports, extra curricular and some even sold culture and values for children. Everything was available and up for sale — the shop-wallas worked very hard indeed as they sold their respective commodities. Commodities packaged and incentivized. Offers and cash backs – everything put to use and tried!

The participants stopped momentarily — and spoke to those who sold. Deliberations and decisions led to closures. Closures got the parents placards which they held or stuck as a badge. Maximize was the rule accompanied with boasting and flaunting. And in this process of buying and selling, a pressure was built up. Though in a subtle manner, yet constantly growing bit by bit all the way!

As a logical consequence — most of the pressure was being passed on to the kids who were forced into the race. Big to small to the smallest! Kids of all ages. Bookings and registrations done even for those who weren’t born yet! Some of the children cried as they begged and requested to be spared but in that clouded state of mind— no one was spared. The kids were pulled, pushed, berated and also hit. The pressure flowed as an undercurrent. The message was clear — Take the pressure, bend, bow whenever needed, and not just persist but excel. It all seemed like a pressure cooker at the verge of blowing!

I felt exhausted and tired. I kept trying to push my kids but my efforts seemed futile. The immense pressure suffocated me as I was unable to keep up with the pace. I wanted to break free. I started shouting — “Help! Help!”.

And my dream broke!

Yes, yesterday night I had a dream. A dream not too distant from reality. A dream about the pressure cooker parenting! A dream about encouraging an underlying pressure of living in a constant competition and fear.

And as I mindlessly tried to succumb to it — pulling my children in a state of pressure, competitiveness, or may be my own unfulfilled aspirations — I responded to an unknown Pied Piper tune not knowing where I was taking my children to — being successful may be but what about being happy?

When, lo! as they reached the mountain-side,
A wondrous portal opened wide,
As if a cavern was suddenly hollowed;
And the Piper advanced and the children followed
And when all were in to the very last,
The door in the mountain-side shut fast.