Parenting In The Rat Race

Despite Indian parents' focus on achievement, are we really preparing our children for future challenges? 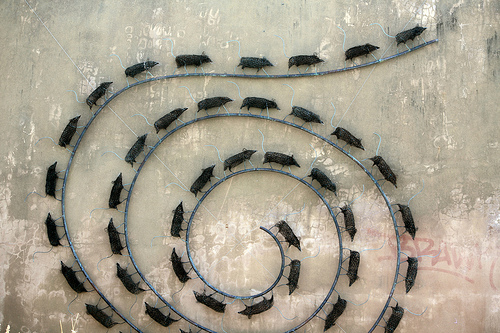 Every evening I see mothers ferrying their kids on two or four wheelers across the city for tuitions, sports groups or some talent classes. Amid completing schoolwork and developing other skills, the kids end up physically and mentally exhausted as competition is intense. They pick up the ‘infection’ of wanting to stand first or top every event they take part in. Most syllabi encourage learning by rote rather than really understanding a particular topic.

Yet we read strange reports in newspapers: Like this one about ‘outsourcing’ a Tenth Standard school project in Mumbai. Apparently this is a thriving business. I had assumed school projects were meant to improve a child’s knowledge but not to test the paying power of their parents!

Considering all this focus on education, its normal to expect that Indians would figure among the top in any education related survey. However I was horrified by this recent report, which said that Indian students ranked second last in global test (that covered 15-year olds who were tested for their abilities in science, math and reading).

Here in India, some parents who project their own unfulfilled career dreams on their kids. It may be an Armed Forces career or the career abroad. Thus they are forced to learn things they may not particularly care or have aptitude for or even fit for. Not all Indian Moms may qualify to being the so-called Tiger Moms (read this article by Amy Chua about how she brought up her kids) but the occasional one does come pretty close to it.

Breakfast often comes out of a box in the form of a ready-to-eat cereal. Games mean the electronic kind and entertainment equals TV or similar. I saw a couple of children going down in a lift the other day from the third to ground floor. Sedentary lifestyle and fast foods have become an almost integral part of life.

Having said this let me add that only some families may fall under this category.

Just a few decades ago, in our school days in the late 70s, taking up tuitions or joining coaching classes was something to be looked down upon. Only those weak in studies would be going there. Now I find that even coaching classes have ‘entrance exams’! 21st century kids cannot even imagine life when people lived without a phone or when there was only one TV in a building where all gathered to watch ‘Chaya Geet’. Our neighbourhoods had trees that we could climb on (and fall off!) or throw stones to bring down raw mangoes… Our parents did not worry if their reprimands would scar us emotionally…

For those of us living in space challenged cities, playing in the open air can be a luxury. Of course with studies and projects, there is not much time left for outdoor games that are just for fun and not part of any competition…

Of course one must keep up with the times and incorporate the best that technology has to offer. But at what cost? We read of the increasing occurrence of Type II Diabetes (usually seen in adults) in Indian children and rising obesity. Add conditions like Asthma and Allergies and then this does this not augur well for their general health.

So are we really preparing our children to face future challenges? Are we on the right track? This is something each of us must introspect upon. We must strike a balance between best of available technology and educational goals while not taking away their ‘childhood.’

Will We Depend On Our Children In Our Sunset Years?

What Double Standards Have You Caught Yourself Setting?