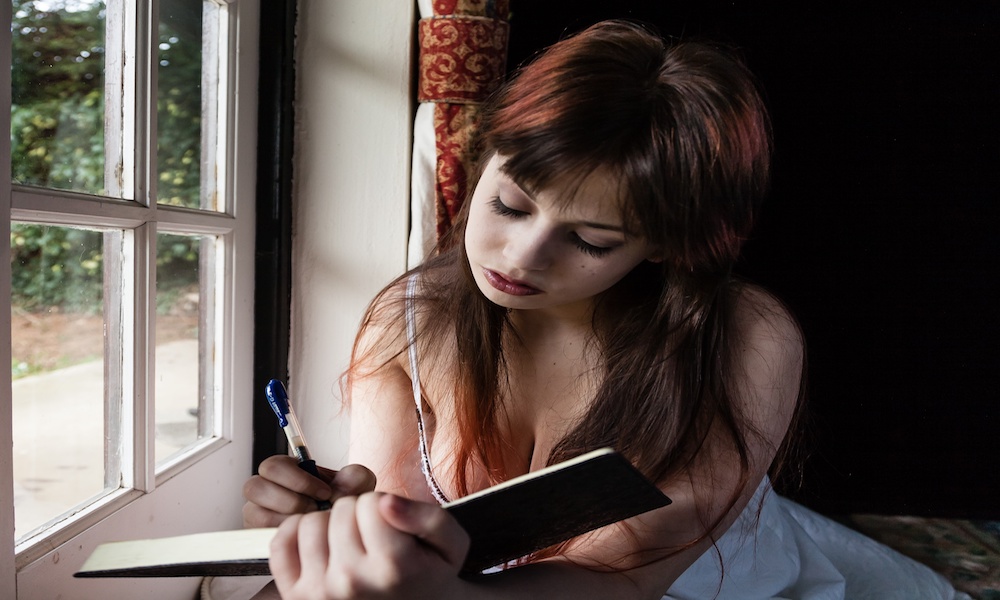 The words seemed so innocent and naïve, unlike her. She felt angry. Poems, unfinished lines of love, friendship, dreams stared back at her.

The mirror reflected the face that she had nurtured so carefully through the years. Kohl lined eyes, full red lips and unblemished cheeks radiant with rouge. She checked for any flaws, but then years of hiding had made her an expert. She could conceal even the ugliest of the scars…

The last guest had left. It was past midnight. The house seemed so quiet. She peered into the children’s room. The angelic faces oblivious to the demanding world were her pride. She smiled and tiptoed back to her sanctuary. Sleep, like most nights was alien to her. How could she sleep when it was her soul that was weary?

Restless and agitated she rummaged through the cupboard in search of the diary which had been her companion throughout her metamorphic years. It had been a while since she had poured out her deepest thoughts to her soul mate, her anchor, her keeper of the darkest of secrets and the most whimsical of wishes.

She opened a page and glanced at what she had written a decade ago. The words seemed so innocent and naïve, unlike her. She felt angry. Poems, unfinished lines of love, friendship, dreams stared back at her. She could feel the throbbing heartbeats, the quivering hands, the resonating laughter and animated guileless eyes which sought her approval now. She ran hesitant fingers over the words she had composed, imagining herself and the bygone years. Alas! Where does time really disappear to?

She began flipping through the pages, smiling a little when she came across some absurd incidents that she had written about. A single petal and a leaf, the colors of which had been obscured by time lay embedded between the fading pages. How can she forget… such pristine love! The petal felt wrinkled and unloved. The leaf neglected and brown resembled the autumn leaves outside. Lifeless but still possessed a portion of her soul.

She brought them closer to her bosom, careful so that they do not disintegrate in her hands. Closing her eyes, she could once again feel the excitement, the yearning. A sort of melancholy swept into her being. Pensive thoughts invaded her. She tried her hardest to stop her treacherous mind from wandering back to forgotten times. The mirage her mind had created was long buried and safe among the dunes of her memories. Let it be at peace in its haven.

Pondering about the present, she allowed herself to relax. She had carefully carved her life with what life had offered her. Her life was not a farce. She had decided its course. She was the force, the core of strength of her family. They say good things come in small packages. And she was grateful for all the packages, small and big, pleasant and shabby that came her way.

Through the window she could see the faint lines of sunrise. The world looked golden and peaceful in its slumber. She closed her diary. It was time to move on. She turned and saw herself in the mirror. Hopeful and luminous eyes stared back, eager for another new vision. 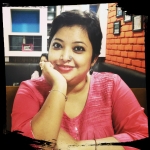 former teacher and presently a home maker by choice. avid reader, occasional baker with a