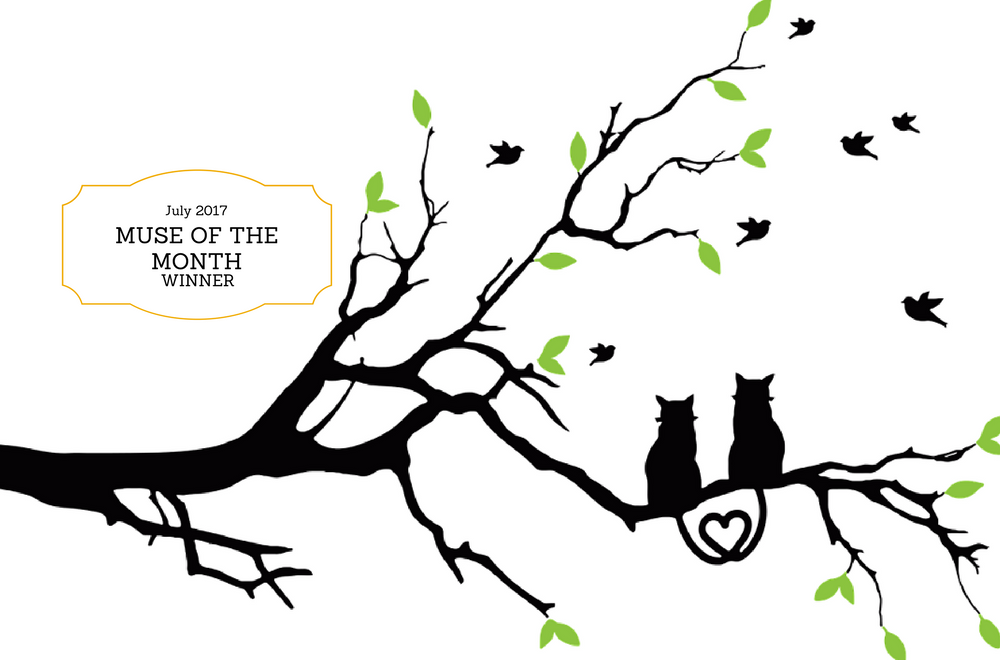 Here is the first winner of our July 2017 Muse of the Month contest, Priya Tallanje.

The mail started thus – ‘I chanced upon your article titled Sexual preferences: An individual choice’.

I smiled. I had recently joined as an intern for an online magazine and my article on a touchy topic seemed to have been well received with appreciating mails pouring in. But strangely enough, this one did not have the congratulatory ring to it. The mail continued – An interesting read, but please take a minute to read my story, it might seem long, but I am sure it doesn’t harm to look at things from the other person’s lens.

We were a family of 4, my parents and my elder sister. My father worked as a clerk in a bank and my mother was a housewife. Yes, those were the times when fancy terms like SAHM hadn’t been coined yet, a woman was either working or was a housewife. We attended the nearby private school and life seemed contended in the small town.

I am unable to point out a single day or event which I could later look back and say – ‘Yes, this is when our troubles started or this is when tragedy struck us’. Probably it was a gradual process or the slow unfolding of events which was so inconspicuous that we realized only after the disaster had assumed gigantic proportions.

It all started after my elder sister finished her 12th and joined college for her degree. It was a women’s college. We were a typical conservative south Indian family. Women, of course were encouraged to work after studies, but it was an era when marriage after degree was perfectly acceptable. There were cases of inter caste marriages which were looked upon with disdain by the elders and society in general, but then that was how it was. Believe me, I am talking of a time frame nearly 30 years back.

Now college was a new experience for my sister and she regaled me with all stories of how students bunked classes occasionally and went out to movies and how they played pranks on lecturers. There were of course a couple of friends who dropped in occasionally either on the way back home or to borrow a book or some notes. One girl whose visits seemed to be increasing with regularity was Neethi.

Neethi was basically a north Indian, her father worked in a government office and he had been transferred to this town just a couple of years before retirement. How Neethi and my sister hit it off so well is just beyond me. Because my sister was one of those introverts, and Neethi, well Neethi was a league of her own. Bold, brash and outspoken, she seemed to have a mind of her own, and certainly didn’t hesitate from speaking out her mind. My sister seemed to talk about her and no one else. Her friends circle gradually dwindled down to only one friend. My parents certainly didn’t mind, after all, she was not hanging out with any boy, there weren’t the usual filmy scenes about some neighbor or aunt having spotted her as pillion rider behind a random guy! My mother, I presume was waiting for her to complete her degree so that she could start hunting for a suitable groom.

I suspected something was amiss when one day, returning from my tuition, I saw my sister and Neethi in the park at around 3 in the afternoon. Now this park was notorious for clandestine meetings which were otherwise forbidden by parents. It was very common to see young couples sitting below a tree lost in their own world, either holding hands or the girl resting her head on the boy’s shoulder. My sister and Neethi sat below one of the trees holding hands and gazing into each other’s face as I had seen in the movies. Only thing, here it was two heroines instead of a hero and heroine! I was in 10th std, still a little too young to fathom what exactly was going on.

I brushed the incident aside. One, I doubted my mother would believe me if I told her. Two, after all it was my sister and I felt protective about her.

Neethi’s visits to our house grew, each time, they would close the door for long periods on the pretext of a group study or a subject discussion. Unfortunately, one day, my aunt decided to pay us a visit. Noticing my sister didn’t come out for long, she went to her room,  opened the door and screamed in shock at what she saw. The decibel level of her scream was high enough to summon the entire family to the room to witness Neethi and my sister half naked kissing each other on the bed.

As expected, all hell broke loose. We were suddenly the talk of the town. ‘Remedies’ were suggested which ranged from the usual temple visits to performing ‘cleansing rituals’ at home to cure her and repair her. My parents forbade her from meeting Neethi and from what we heard, even Neethi’s parents had done the same. That apparently did not work, the two girls found ways to continue meeting each other and this time, since the news had spread like wildfire, they had to come up with innovative ways and circumstances to meet. And one day they eloped. Yes, ‘eloped’. All the way to Delhi, or at the least that’s what she claimed in the letter she had written and left behind on the dressing table. I will not go into the details of our unsuccessful efforts in tracing her, of how we were forced to shift to another town just for the protection anonymity provided.

Your statement – ‘If my sexuality makes someone uncomfortable, it is not my problem’ was what triggered me to write this email. Oh yes, it was not my sister’s problem. But believe me, life was never the same again. As I grew older, I could (partially) look at things from her perspective. But till today, I hold her actions responsible for my father’s untimely death, for the strict authoritarian style of parenting that was imposed on me. We do not live on isolated islands. We are born in a society and owe certain responsibility to our near and dear ones.

I have no answers to who was right or wrong, no answers for how my parents could have been more liberal in their outlook. All that is left for your esteemed readers to argue in case you decide to publish my letter. But I felt compelled to write to you my story and here it is!

I read and reread the email. My first instinct was to reply to her about how this was a perfect example that though times were changing, society still needed to be more progressive, but then I stopped. For one, she wouldn’t have understood. Her personal tragedy probably loomed too large for her. For another, this was how she saw things. And each person had a right to his/her opinion. I forwarded the mail to the letters team. This was one email worth a mention!

Priya Tallanje wins a Rs 250 Amazon voucher, as well as a chance to be picked one among the top winners at the end of 2017. Congratulations!