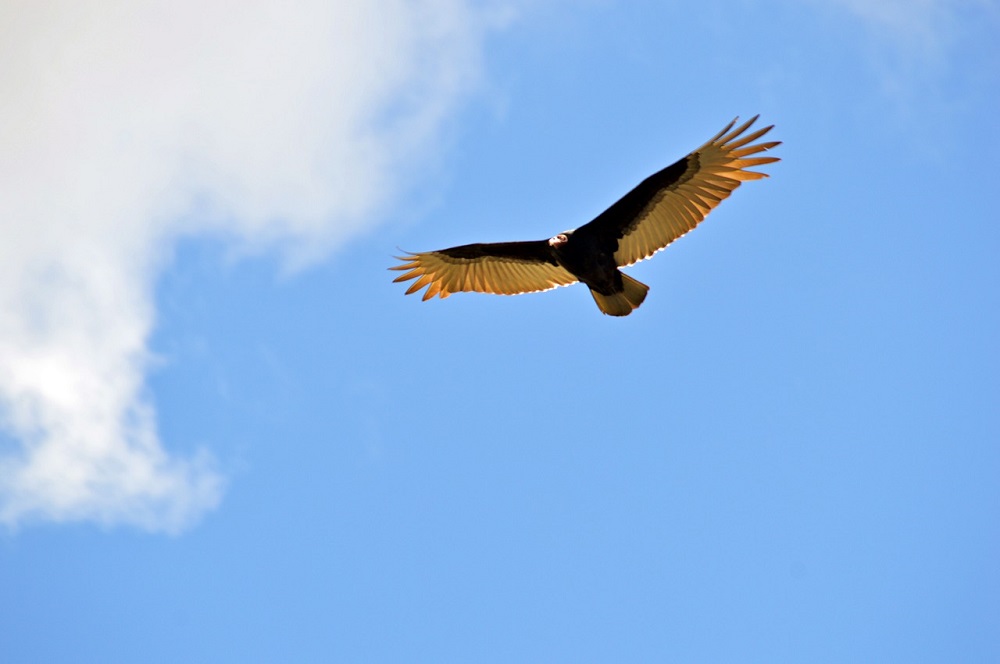 When My Mother Found Her Wings! [#ShortStory]

“Even when I got married to your father I continued with my passion. But after his plane crash, everything came to a standstill…”

Waking up with a sudden jolt, I had unknowingly ditched my deep slumber that day. The clock had struck twenty minutes past six. I headed to the balcony, to be greeted by the scintillating sun that had gradually begun to make an appearance after its extended monsoon sojourn.

The morning dew was still afloat on the tiny leaves of my crimson roses, reminiscent of the last night pouring. The micro droplets of rain water effortlessly clang to the thin metal wire, like the perfectly beaded string of pristine white pearls. I could easily settle in that calm space, inhaling the divine breeze but a quick reminder was on its way.

“Bhumi, you must not get late for college, you have your rehearsals today”, called my mother from the kitchen, prompting me to hasten up for my English play rehearsals for the annual college fest. The bond between me and my mother had become even stronger since my elder sister had shifted to another city for work and I had come far closer to her.

She had always pushed us to go beyond the edge but my theatre indulgence was something she favored with an implicit affirmation.

Super girl, as I fondly called her, our mother had been our wall of strength for years now, like the leathery armoured shell of a marine reptile. She had been the anchor, who moored the ship of her life to the bottom after the sudden demise of her husband. Bringing up two daughters single handedly, without her man by her side, we never looked up to anything else for that dose of resilience and fortitude. Though her strong persona didn’t offer an opportunity to peep into her subdued passions, I knew she had a lot of it still bundled and wrapped inside her.

“I shall see you in the evening mom”, I informed her as I glided towards the door but I must have missed the absent nod she gave. I turned back before I got hold of the door knob, only to find her engrossed in the newspaper. She appeared fixed to it, a little odd on her part.

“Mom I am leaving”, I reiterated in a raised pitch this time.

She reverted with a jerk, “Yeah alright dear, and don’t forget to get the documents from Sinha Uncle”.

“Sure!” I exclaimed as I stepped out, and she immediately positioned her gaze back to what she had been reading. My monosyllabic reply had a touch of anxiety. I had not seen her glued to something like a newspaper before.

The queer thought that had invoked a sense of surprise went into oblivion by the end of day. The next evening I happened to overhear her phone conversation with my maternal aunt. With her hushed voice, I could hardly decipher the hearty discourse. My apprehensions scaled a level but I did not wish to bother her with a query.

She often confided in her sister, keeping her own saplings at bay, under shade; resolute not to let the woman in her surge ahead of the unrelenting solicitous mother. However, in the recent years I had wished to sneak into the solitary soul who had left so much undone for herself.

The week passed by and I had forgotten the thought, until I spotted that newspaper in my mother’s closet. How would have I known whether it was the same, if it wasn’t specifically folded and placed upfront with due care, for the sake of that engaging piece of information in the boxed advertisement? I could immediately whiff the yearnings of the woman who had veiled her wishes and put everything else in the backyard.

Surprisingly, my super girl had her eyes set on an upcoming three week, amateur theatre workshop for adults, under the guidance of one of the prominent theatre groups of the town. Well that is what I could make out of it at that moment and this had also unravelled her leanings towards my theatre classes.

Although, I knew she would not reveal her inclinations and convincing her was another difficult task, I was amused and rather elated at my chance discovery. I decided to speak to her about it.

She was back from her office and I thought of making her mandatory evening tea.

“Bhumi, what’s so special today”? she questioned with a dash of suspicion.

“Nothing! I was free and I just thought of making tea for you”, as if that would have settled her curiosity.

She looked at me with a smile and before she moved out of the room, and I hurled my next obvious query.

“Haven’t you been hiding something mom”?

“What are you referring to?” she asked with a touch of scepticism  in her wide eyes.

Ceasing the suspense, I just went on, “Mom your little secret is out. I have seen that newspaper in your closet. Do you wish to join those theatre classes? Why didn’t you ever tell us you were interested? Have you registered yourself? I would love you to…”  she interrupted before I could finish my sentence.

“Bhumi, hold on! That was just a thought. Let’s not talk about this.” She seemed self conscious and unsettled somewhere. I wondered there was so much I was ignorant of the one I called my better half.

I had peeped into her room the same night hoping for a chance to untangle her annoyance. She had her gaze firm on the very advertisement besides a few old photographs in her hand. “May I come in mom”? I had entered before she nodded.

“Mom I am sorry but you have to tell me what it is. I can’t see my super girl upset”.

She said as I held her hand, “I had this immense fascination for stage. I never missed out an opportunity to take part in the plays during my college and university days. I was in fact associated with a popular theatre group when I was pursuing my post graduation in Chandigarh, actively participating in stage performances and street plays. It was no less than oxygen for me”. Her eyes sparkled with delight as she lifted the bolt, to open the shut window of her carefree and spirited past. I knew there was much more to these revelations.

“Even when I got married to your father I continued with my passion. But after his plane crash, everything came to a standstill, as if someone had wrung the happiness out of my life in a fraction of a second. My world was centered on you two. You were just three, and I was too occupied for a leisurely contemplation of what I had left behind. I could not have carried on with my dreams in the midst of my bigger responsibilities”. My father, a wing commander in the Indian Air Force had lost control of his jet plane while landing and was gone in a jiffy. He had left me too soon, even before I could hold his hand and learn to walk.

“Mom you have had your share of responsibilities and you don’t need to chain yourself anymore. I want you to join the workshop and follow your dream once again” I remarked, wiping my nearly wet eyes.

A call, and a few formalities, I had done the needful the next morning. She had once again raised her eyebrows to the consent form and the adjoining details of joining the workshop, which I had placed bedsides her drawer. Nonetheless, it eventually managed to obtain the desired result.

Now, the latter parts of her evenings were reserved for a renewed association with her long lost love for stage. She was busier than before, juggling between office and her rehearsals. I often accompanied her way back home from the Gaiety Theatre, while the sun dropped behind the hills.

For once in all these years, my mother was a part of something that rekindled her one time enthusiasm. She stuck to her script like penguins huddle together to provide warmth to their young ones against freezing cold. It was a joy to see her flower. However, a day before her final performance, nervousness had gripped her senses. Probably, that night she slept like a soldier, tensed and anxious, before a major battle.

She had left early whereas my day seemed to move at snail’s pace, escalating my anticipation by the each passing minute. Accompanied by a friend, I had seated myself well in time. The curtains slowly lifted, so did my curiosity. As she appeared on stage, in no time she had made her presence noted by a handful of applause. Her lines resonated and more than anyone else, I was simply in awe of her hidden talent.

The curtains were down and I had been waiting to hug her tightly like an ecstatic child. For me she was just not the protagonist, rather the star of that evening. I was indeed proud of my super girl.

As A Daughter-In-Law, Why Is My Sleep Of No Importance To Anyone Else?