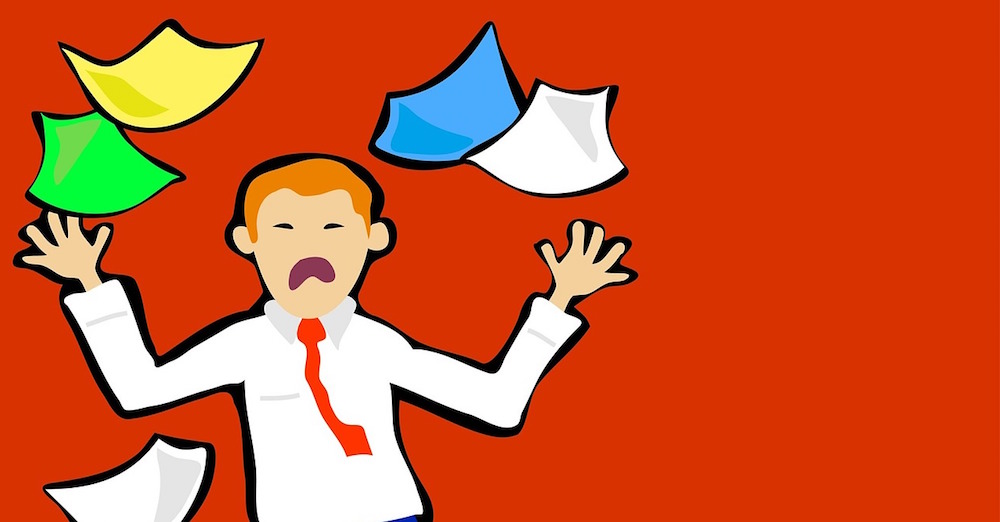 There is much that men can learn from women, when it comes to fighting challenges at work; here’s a look at the number of hurdles women face daily – and still stay on and succeed at work.

More and more men these days seem overwhelmed at work. “There’s always too much to do”, they say. “We want the best jobs, and those are so few. The alpha males have it so easy.” “It’s a dog eat dog world. I have to keep myself constantly up-to-date on the latest tech.”

Well, I understand that feeling. And I felt it might help to share some of my experiences, and see if men can learn from women and our daily experiences at work. After all, we’re equals. We’re running the same rat race. Let’s put things in perspective here.

So here we go. Men, ask yourself all these questions, and then see where we stand.

Do you have people screaming “STOP” in your ears all the time?

It was my first day at college. We were all eager as we stood in the assembly when the correspondent gave a speech. He was a frail 90 year old man. I only recall that he ended his speech by wishing that we find great husbands and settle in life. Some of us budding feminists fumed a little, but most of us just blushed. We’d been conditioned for this. His daughter was the principal of the college. Yet his idea of success for women was getting married. Ironic. Social conditioning (and criticism) remains a large part of why women never aspire to a successful career. In fact, many of us don’t even get started.

Fast forward to last year. I visited a doctor for a regular check-up. She was full of sympathy when I mentioned that I was running a business. She suggested that I “take it easy”. “Go slow. You have a son, enjoy this time as he grows up. Don’t take so much stress.” I sat there wondering if this is what she would tell a man (and if she would pay my bills while I “took it easy”). Working women themselves (as was this doctor) remain quite critical/un supportive of other women. They continue to foster the guilt about pursuing a career.

It was such a sad realisation that in so many years nothing had changed. I’ve seen a repeat of this so many times in my working life, but in different flavours and contexts.

Have you been asked to decline an opportunity? To play it safe?

Being a single mother throws up quite a few constraints on my openness to travel. Few opportunities opened up when I was working in a software company with a large portfolio of distributed projects. But when the opportunity to lead a local client opened up, one of the senior managers came to speak to me about why I shouldn’t take it up. He felt that given my “personal situation” I shouldn’t end up as a “single point of failure“.

He suggested that I take up a less visible role in a larger project which could afford to bounce back, when (not if) I failed. After all, I’m a woman with a kid.

Actually men these days show their support by claiming, “I have a child too and I know how hard it can be.” Except, they don’t. Because not even a moment has being a father ever limited their opportunities. No one tells them to decline an opportunity because they could potentially fail. It’s the default view. The nice men try to protect us from that failure. That we will actually succeed or what our past record indicates isn’t even relevant. Failure is assumed for women.

When I started my art school, one of my co-workers casually remarked, “It’s easy for women to start-up”. I was quite surprised at the comment. Clearly, it is quite contrary from what I narrated just above. He then explained to me why: “Women have it easy because the husband slogs it at a regular day job. You can go about having fun staying at home or starting a business, without worrying about money or accountability!”

He also assumed that I was going to fail miserably. Ah! now the world made sense. He was only pointing out that there was a husband who would cushion my failure with his generosity. Except there wasn’t. I didn’t even see the need to explain that I am a single woman, who had to plan for this over many years.

Patronizing attitudes deal an unfair hand to women. No amount of “I know how you feel” is ever going to help break this one.

Do you have people constantly undermine your value/position/views?

Picture yourself interviewing a potential candidate or in a business meeting. You’re with one or more co-workers. Imagine the other party never addressing you. No eye contact. No one pays heed to your opinions. They’re interrupting you every time you speak. And then they ask you if you could circulate the notes.

Imagine this too. You’ve worked hard to deliver something so well. You know you were key to the success of the project. Not an “also ran”. Now, you’re never mentioned in the success roll calls. You’re never asked to share your experience. You’re not even given credit for your work.

I bet you can’t identify with either situation. But, this is the story of my life.

Co-workers, employees, investors take women less seriously, pay no heed to women as leaders and constantly undermine their contributions. This is what makes men never address me or even look at me during interviews, business conversations. An attitude that even junior tech folks carry when I ask for status updates. “Why am I answerable to you?”

This attitude obliges organizations to justify why they should hire women. We spin stories around empathy and balance. I know of so many incompetent men who are never asked these questions, or never have to justify their presence in an organization. Who are actually given recognition and credit.

Some of the extraordinary women I know, have had to justify why they spoke up in a meeting. To watch their tone. This attitude makes the whole focus on gender inequality moot.

Did you ever have to shoot in the blind and explain why you never hit the mark?

I don’t drink. I don’t smoke. I don’t have the time to socialize (read: bond with the brotherhood). So, I’m never in the know about grapevine chatter. This has affected my leverage on many occasions. Many men I know would take serious offence to this. I’d even hear from the feminist apologists that there is no such thing. “Only your skills matter,” they would say with conviction. Honestly, no.

People tend to remember and recollect only those in their close circles (except some extraordinary folks who go out of the way to mentor others). This means that information, opportunities, recommendations come only to those familiar to influencers. And I don’t mean influencers as higher management.

A simple instance is how marketing teams recommend folks to speak at conferences. Most assume women are not interested, so nobody even seeks out women speakers. Others don’t recollect women’s names or faces, especially those of women who don’t drink, smoke or otherwise socialize. So mostly men end up with nearly all the opportunities for speaking at conferences.

When I started a forum to encourage women to speak at conferences, I realised an important reason for women being left out of the conference circuit. It was because of the tendency for choosing people from the inner circle. Once we established a forum, the forum was given a due seat at the table. We started getting information about upcoming conferences – some of which we would never have landed or known about individually. I know of junior male engineers offered a chance to present at conferences when senior women engineers weren’t even informed that such a conference was calling for speakers. And yet, many men and feminist apologists expressed grave concerns that my forum was discriminating against men. Well, duh.

In most people’s heads, they are all for equal rights for women, but take no affirmative action about it. Sometimes, this passive-aggressive attitude hurts more than blatant sexism.

Do you have a permanent disease?

Women indeed have many more hurdles to cross than men do. Something everyone knows, but no one acknowledges. Our physiology is different. And it is mistaken for a disease. Just to be clear, pregnancy actually isn’t a disease. When a woman demands accountability, she isn’t having a PMS. When she asserts her stand, she isn’t having hormone trouble.

It’s kind of cute though when I found out that many men I know actually do drugs. They take performance enhancing drugs that help them de-stress and focus better. Smoke, drinks, drugs, caffeine, red bulls. Yet, women are the ones with a disease. Ah well.

So, here’s my word of advice

There are innumerable remarkable women who have quit high profile careers, because the pressures, and unfairness is so much. I have myself come so close to hanging up my boots so many times. It can get so stifling to constantly justify your position at the table. Many times, I’ve pulled along because I have to. I know many women who look up to me. Sometimes I want to put up this fight for their sake too.

When in spite of the social conditioning, gender bias, sexism, sexual harassment, lack of recognition, undermining importance to pursuit of career, pressure of getting married, pressure to support spouse’s career moves, periods, child-birth, guilt-tripping, lack of support systems, lack of role models/mentors, women have made significant progress, what exactly are you men complaining about?

Why do men struggle so much even when most of these hurdles are non-existent? Why is it so hard for men to excel despite having none of these constraints? Why do men make such a big deal of being overwhelmed at work or overlooked for a promotion?

So my advice for men?

Quit whining. It is the same distance. 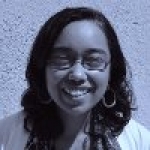 An entrepreneur, software product strategist, blogger, speaker, I have over 16 years of experience in

If Men In The ‘Outside World’ Are So Dangerous To Women, Why Do They Roam Around Freely?

Online Or Offline, It Isn’t A Man’s World And It’s Time We Dealt With The Abusers!

A Matter Of Choice, Or Is It?