Is motherhood the end of career networking? Let’s find out from some mothers who’ve been there, done that! 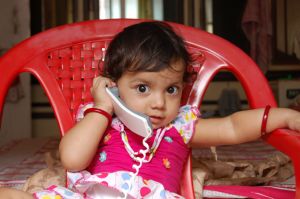 Is motherhood the end of career networking? Let’s find out from some mothers who’ve been there, done that!

Does the fact that you now have a baby leave you feeling lost and not connected to the world? Or, even if you choose to continue working, does being a mother make you give up networking because you need to get back home soon?

Teja Lele Desai used to be a full time journalist with several leading newspapers. After working full time for 11 years, she quit to have a baby. Teja’s baby is now 9 months old and Teja freelances from home. She is the consulting editor for an architectural magazine and also has regular columns in various magazines such as Good Housekeeping. Teja feels,“Things would have been different if I had continued in a workplace”.

…when you are single or without a child, it is much easier to network.

She feels that there are more opportunities available when you are working full-time and you are able to make use of these opportunities and build on them. However, she does not feel that she has missed out on networking while working from home. This is largely due to the fact that she has got in touch with people online and through phone calls. She does not feel that motherhood has really made her lose out on a career as she is still able to get work.

She admits that when you are single or without a child, it is much easier to network. However, Teja’s priorities have changed and she is not so career oriented anymore. Online business networking works for her.

Networking is a conscious choice you make

Anamika Chakravarty is a consultant with Destination Outdoors. With a total work experience of about 18 years, Anamika had achieved whatever she set out to, career-wise, before she quit to have a baby. She admits that she had put having a family on hold till she reached the top of her career, “I was very career driven. Motherhood made me reprioritize. My career has now taken a back seat and I am looking forward to do other things that I never had the time for earlier”. As far as networking is concerned however, she is still very active. She reaches out to people, as this is in an integral part of her work. There are networking opportunities in her line of work that she takes advantage of.

She tries to network as much as possible, even if it means going for an alumni get – together. She does not hesitate to go out and network, although at times, she has to forgo certain meetings if they are in the evening as she feels she has to be with her daughter at that time. Anamika admits that the Internet is a good networking tool if you have not gone back to full time work. She says that she even received an offer to translate a book; this only happened because “I was actively networking”. She feels that one does not have to go into office to network – not in today’s world. She adds, “It is your decision to make. You do not have to shut yourself off completely.”

Sairee Chahal, co-founder of Fleximoms agrees that being online has helped such mothers to actively network even while being away from work. The Internet allows one to stay on the radar, so to speak, but she is emphatic in her belief that it is not the same as a face to face conversation and meeting a person. She personally feels that online relationships cannot go very far. She says that when you meet a person, trust is built up and this can only happen when you actually meet that person, like at a networking dinner.

Sairee has a young child herself and has not given up networking but now chooses where she has to go. She also prioritizes. She herself has clearly seen the difference between being online and meeting a person. Sairee emphasizes,“Women DO need to network – whether they attend seminars or do it on a Saturday afternoon. It brings a new value completely to their lives. Your knowledge, your relationships keep on growing. Networking is not just about exchanging cards, but it’s also about building relationships, credibility and knowledge”. She admits that it is harder to network once you are out of the system and she feels that this is why it is all the more important for women to go out and do this. “Online gives it a boost but it cannot be a substitute for real networking,” she concludes.

Networking is not just about exchanging cards, but it’s also about building relationships, credibility and knowledge.

Behroz Menon, the mother of a 3 year old, is an Executive Assistant at Pricewaterhouse Coopers, Mumbai. She has been with this company for 8 years and took six months maternity leave when her daughter was born. She was very sure that she wanted to go back to work after her baby was born. She says that she loved working for the company and more importantly it is a “very employee friendly firm and maintains a good work-life balance”. She realized that there would be problems initially but had planned and worked her way around them.

She says that earlier she might have attended all the events that could help her network, but now she weighs the options before going to one. For instance, she asks herself, “Am I required to do this, do I want to do this, will it add value to me?” If her answer to the above questions is yes, she attends the event. If she can avoid it, she does and spends that time with her toddler instead. Her career graph however, is pretty much on track as her company makes this possible. Her husband is also very supportive and she can always fall back on him to look after their son, if she has to go out and network.

Behroz’s advice to women in this dilemma is that they should try and work things out before deciding that motherhood is the end of networking. “Explore before you shut the door,” she says.

Motherhood should not be the end of networking, given the avenues available today. There are many opportunities out there, whether you go back to full time work or decide to freelance from home. But it does need some effort on your part to spend a few hours on yourself.