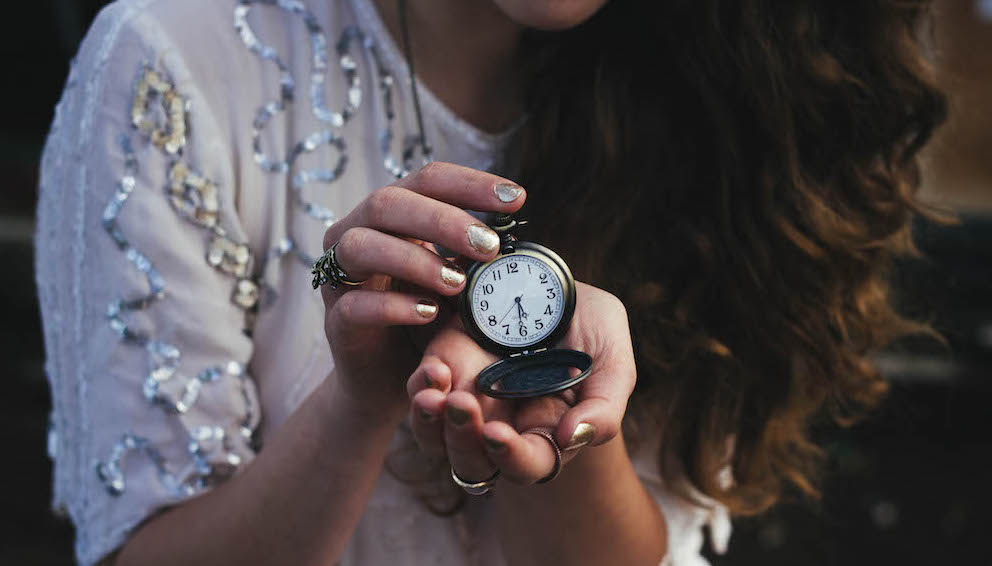 The Tough Boss Who Found Her Stolen Time [#ShortStory]

How does a tough boss strike a balance between getting quality work done and maintaining a friendly workplace? This short story explores.

The restaurant was full of people. It was the lunch hour. Esha was sitting with her colleagues. She was the project manager. They were supposed to meet a client there. It was a routine scenario; to meet clients at expensive restaurants. Esha was one of the most particular Heads at the office. She believed in discipline. Whenever she was around, the other employees had to be more poised and sophisticated then their usual.

They heard from the client that he would take another hour to reach the venue as he was stuck in the traffic. Her colleagues felt a little uneasy as they were more conscious in Esha’s presence. She opened her laptop and started working. Seeing this, her colleagues also had to do the same – even though reluctantly. They just wanted this hour to pass as soon as possible.

Half an hour passed. Esha coughed. One of her colleagues offered her some water. She took it, but coughed again. She leaned back on the sofa closing the flip of her laptop, and just sat there for a few minutes. Her colleagues were observing her from the corners of their eyes. She scratched her arm looking around. She yawned. She again yawned, but this time, the people sitting around noticed the sound of her yawning. Now, her colleagues were more surprised. Esha was lost in her own self, unaware of others’ observation.

She began tapping her fingers on the table, getting louder with every few taps. Her colleagues found it amusing and looked at each other. Esha was still unaware of her surroundings. All of a sudden, she started humming a song and said, “Hey guys, have you watched the latest episode of the Game of Thrones?”

A few of them nodded. All they could do was nod as they were still shocked. The project manager who could only think and talk of work, who they thought had no social life was suddenly talking about Game of Thrones! They felt lucky that Esha was being more vocal with them.

“Why such a cold nod, guys? It’s Game of Thrones dude,” reacted Esha.

“DUDE?” said two of them making a face. Which version of Esha they were seeing? They wondered.

Esha noticed their faces and smiled, “What? Can’t I talk about something other than work?”

“You usually don’t,” stammered one of them.

Esha laughed loudly this time. She tapped her palm on the table and came forward, angled her elbows on the table. “Really?” She asked narrowing her eyebrows. Leaning back, she said, “Actually yes. I have never noticed it. You know, the thing is, I am very passionate about the work and what’s more, I believe in discipline. And that makes me a tough one. It’s just that I have never thought of it that way.” Noticing everyone’s confusion, she clarified, “the way which you must be feeling.” Again, everyone nodded. This time, they were more relaxed.

“But it is important. The discipline and focus. Being a senior at work, one has to have both more than others, to maintain dignity and team spirit. But do you think I should be more lively and talkative at the office to make the environment lighter?” asked Esha.

“Hmm…” Everyone nodded firmly, in sync.

Esha again burst into laughter. It seemed like she was enjoying herself. Everyone was happy to see that.

Esha was being more lively and humorous, but all the colleagues could do still was nod. This was out of respect though and not fear. This was what they realised as well.

The client came, and they discussed the project over coffee. It felt more like a conversation than a boring meeting. Esha enjoyed this new experience, and everyone else enjoyed it more too. The team work was worth it and felt more productive Esha now.

Esha decided to change the decor of her office and declared a ‘Just-Talk’ one hour session on every Friday. Though she could never leave the workaholic Esha behind, she found ways to be happier and fresher, keeping the environment of the workplace more energetic. She could see more enthusiasm in her employees. This change was worth it.

No matter how much work you have and how difficult it is, steal time, smile at yourself in the mirror, mend your hair or collar. This is your own stolen time.

The Beautiful Bimbo Stereotype That Haunts The Professional World