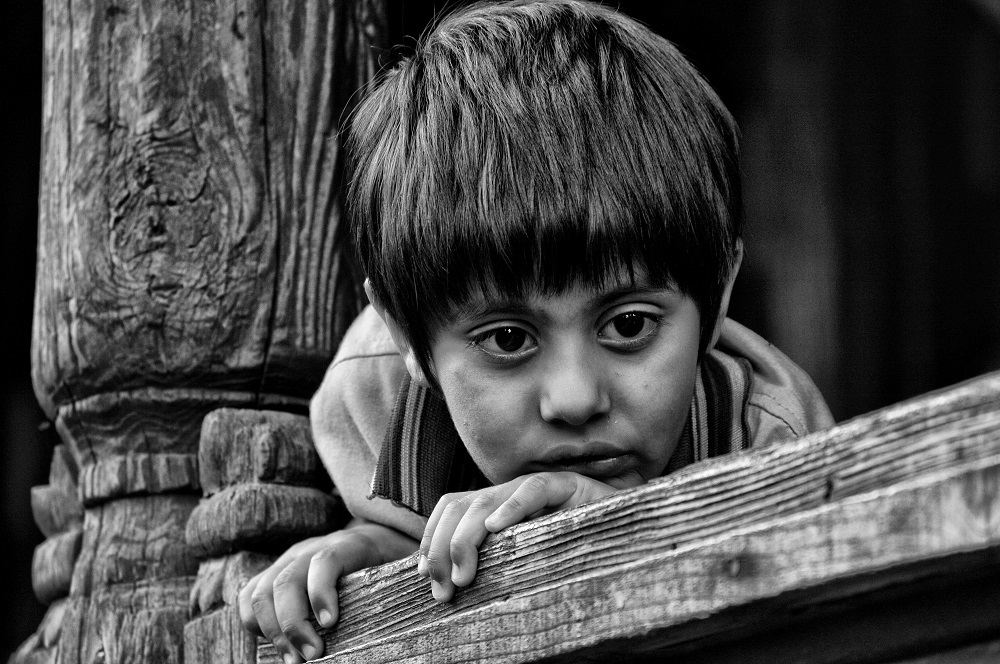 “Then she did what no other nanny would do, even for a million rupees salary. She pursed her lips tight and nodded to herself, like she had made up her mind.”

An ode to ones who mother our little ones, when we are not around to mother them.

Super nanny? Well that would be my nanny; Rama aunty.

Nanu once told me that because I couldn’t have a supermom, I had a super nanny.

With mom traveling most of the times, I wasn’t complaining. In fact, I was glad that I at least got a super nanny. Now, what made her a super nanny?

It wasn’t the fact the she would be there to wake me up by singing a new song into my ears, every morning. It wasn’t also that in my five years of school I have never once been late or the fact that my shoes have always been polished and my clothes, ironed. In fact it was none of those things that made Rama aunty, a super nanny.

Once when Nanu and Nani, spent what felt like seven days of school praising Rama aunty in front of Mumma, she said, “Rama better do that, isn’t she paid enough already?” And Nani Nanu looked at each other defeated, just the way I look at Rama aunty every time I lose a game of Shark Attack.

Sometimes when I think about it, it makes sense. Doesn’t it? I think Rama aunty was paid a lot. I think Mummy paid her one million rupees and that was why Rama aunty was always nice to me. I used to wish that Mummy could give me some money out of the one million. Maybe even one hundred would do. That way I could pay Mithun to stop troubling me.

Maybe two hundred, because even if Mithun stopped troubling me, that doesn’t mean Sheena would stop too, even though they are best friends.

To me Rama aunty was a super nanny for entirely different reasons. Those reasons did not include the fact that she would always keep my favourite meals piping hot whenever I got back home from school, nor was it that she would never ever scold me, no matter how much I troubled her every time she tried to make me sleep. In fact it was not even the fact that she would cradle me in her arms and sing me to sleep, even though she didn’t have to. I know that other nannies don’t.

No..no… Rama aunty was not called a super nanny for any of the above reasons.

She became my super nanny on the last day of school, when instead of expecting me to walk home from school, she made it special; she came to pick me up herself and even brought some money out of her one million salary to buy me Ice cream. How she knew I was parched and dying for an ice cream, I had no idea?

And she searched again, and again and all the floors. Until she came across the sound of a child’s feeble voice crying coming from the boy’s bathroom on the third floor. She ran in and saw Mithun and Sheena giggling in the corner of an empty bathroom. And someone crying inside a closed toilet.

She knew that ‘someone’ was I. Her ward… her pseudo son who was trapped in the toilet. She calmly proceeded to drag both the giggling boy and the giggling girl into another toilet booth and locked them from outside. She then came to open the door to my toilet.

While I sat there, fear clutching my gut, wishing that I were dead. That I disappeared. That I be annihilated, just like the bosses in shadow fight 2.

My heart leaped in fright when I heard the doorknob turn. I panicked, I jerked and looked for some thing, anything to cover myself. All I found were my hands and I decided to cover my wee-wee and crouch on the floor.

Imagine my relief that of all the people in the school, this woman, the woman who dressed me up every single day, open the door to my shame. She took one look at the toilet stall, my clothes stuffed in the dirty commode and me, naked.

And all those tears brimming on the verge of tumbling down from my eyes, gave way and rushed to my lips in a bittersweet, salty reunion.

“They threw my uniform in a commode, Aunty.” I almost shouted in anguish and fell into her laps, as her warmth surrounded me in a sense of safety.

“Don’t worry, Adi baba. I will take care of you.” She hugged me tight and tears streamed down her cheeks as she watched me shuddering in raking sobs until finally they were reduced to whimpers.

Through my whimpers I heard Mithun and Sheena shouting from the other toilet, and I looked at her in fear.

Then she did what no other nanny would do, even for a million rupees salary. She pursed her lips tight and nodded to herself, like she had made up her mind. And then she tore at the long pallu of her favourite saree in half and wrapped my whole body in that cloth that smelled of Jasmine and Sandalwood, always. She then carried me in her arms out of the bathroom, right into the Principal’s room.

We sat there, as Rama aunty explained what she saw, and where they could find the perpetrators in the best English she could. And that was the moment I knew that Mithun and Sheena were in deep, deep, shit.

And the woman sitting next to me was not just my nanny, she was a super nanny.

The Bad Caregiver: Why It Need Not Be A Nanny