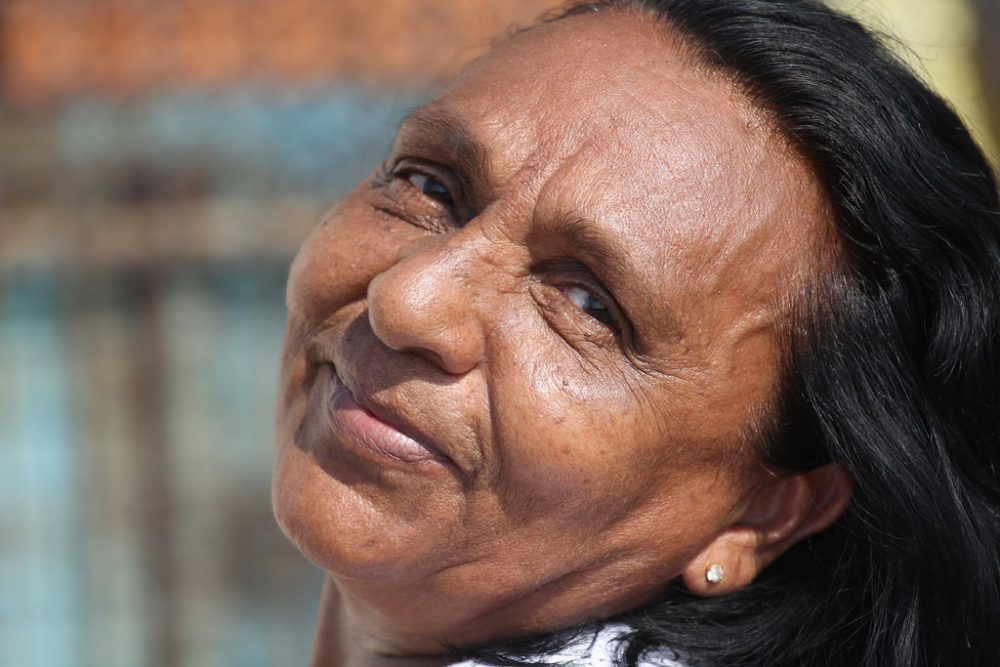 My Maa is a proud breast cancer survivor, who put up a mighty fight against this deadly disease despite all that medical knowledge predicted.

Every time I think of my maa chasing her cancer away, I always imagine her running behind a pesky rodent with a ‘cheemta’ (tongs) in her hand. And what is a rodent compared to the indomitable spirit of a woman? And like any woman who finds her home invaded by a tiny rodent, Maa went about the task of cleaning up her body of cancer with the single-minded grit and persistence of a really hungry feline.

It all started when I was in Mumbai, and she in Bangalore. I think I have always somehow been a Mumma’s girl. I love her almost as much as I love bitching about her. And one day on our daily calls, she confessed that something was wrong, that the doctors had insisted on a biopsy of her left breast.

Of course, the doctors were wrong; my mom couldn’t have cancer, she does Pranayama every day! At least that is what I thought until my confidence came shattering down when I realized that unstoppable forces of nature also pause, and Pranayama moms also fall.

We were on a call, when she said, “Bas ek mastectomy ho jayegi. Theek ho jayungi.” I smiled at the courage it would have taken her to brush it off like your everyday dental filling.

Back in the hospital, when I rolled her near the OT. My tears wouldn’t stop, and Maa kept looking at me like I was an annoying kindergarten kid who wouldn’t stop crying.

She was under anesthesia, still in the operation theatre, when our doctor came and informed us, that they underestimated the cancer, the rodent that had invaded my mother’s body. So much so, that one mastectomy won’t help. They would have to also remove her left lymph nodes, and she would have to go through a year of chemo and radiation. “It is a Stage 3 cancer”, he said.

My father, my stoic father, her loving husband and a regular working class guy, stood expressionless. Asked all the relevant questions and thanked the doctor. He then went to the next available chair and sat, put his head back and closed his eyes as one tear trickled down his left cheek, while I held on the wall and willed myself not to fall.

Six months later, we were having our mother-daughter dates at the hospital, with her on the bed and a needle punctured inside one of her veins, at least the ones that hadn’t yet collapsed under the poisonous onslaught of chemo. She had lost all her hair, except for wisps of white hair that sprung from her bald scalp. She constantly complained of migraines and her teeth hurt. But then again her back hurt too and so did her legs. She couldn’t taste her favorite tea, neither could she enjoy her Gobhi Manchurians.

But then she enjoyed going to the hospital, especially meeting her oncologist. I think he flirted with her enough, for me not to notice. Showering her with compliments of “how she is looking beautiful today”, and “how the color is coming back to her cheeks.”

And of course she enjoyed it, she is as attention seeking as I am. It is genetic, you see. She messed with the nurses, pulled their leg, and sometimes I wondered that she would have been perfectly at ease there even if I weren’t there.

She knew all the other patients who come for chemo as well, the five-year-old girl who said ‘Hi’ to everyone and giggled all day long or the older gentleman who most probably smoked away to cancer. But then again I wanted to tell him that my mom did Pranayama and cancer still found her.

People would come to visit us, people we didn’t know, people we did and people we would least expect to. And I could clearly see how some of them would come to see how close Maa was to succumbing to cancer. My Maa would always disappoint them, with her cheery sarcasm and her self-deprecating humor.

One night when she couldn’t sleep, when the pain was too much to bear, I sat talking to her, pressing her forehead to relieve the migraine, and I think she was convinced that she would allow the rodent to win.

She asked, “What will you give me for my birthday? Make it special, I may not be there for the next one, you know.”

And I said, with a deadpan face, “I am not that lucky, Mom.”

And she said with an expression of disdain, “I know you’ll not let me die.”

That night I prayed, prayed to the God I don’t believe in, prayed to the miracles I scoffed at, to the constellations I forgot with my childhood, and to the energies I’d like to believe in; to let my Maa retain her will to live. To make sure she doesn’t give up. To make her believe in her words, that she herself and her children, her husband and her grandson will not let her die.

It has been almost five years to that day, and after a year of acute chemo and radiation, my mother has slowly but surely recreated herself. She drank poison like Shiva and made it work for her, she willed her dead cells to regenerate and give her body the vitality of life.

She is no more the ghost of her past, but again a force to be reckoned with, the force of calm, still and tranquil waters that still does Pranayama, religiously.